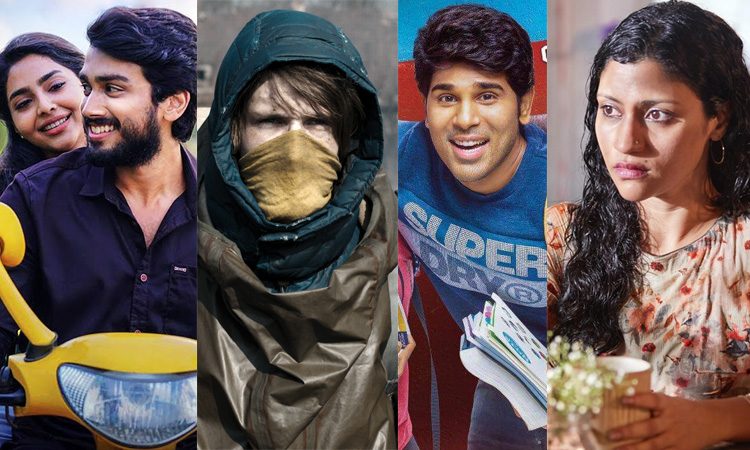 A delicious cocktail of movies, originals and shows is on offer for viewers of several streaming platforms this weekend. From hard-hitting dramas to coming-of-age romances, to sci-fi, here’s our best pick among multiple genres that’ll spice up your lazy weekend with some flavour.

The official remake of the Dulquer Salmaan-starrer ABCD featuring Allu Sirish, Rukhsar Dhillion and Bharath in significant roles, the Sanjeev Reddy directorial has enough laughs and emotions to make for a decent family outing. With good music and reasonable reimagination of the original, here’s a popcorn entertainer that works as a one-time watch.

This Malayalam film, a 2019 release, aimed at all the football fanatics out there stars Kalidas Jayaram and Aishwarya Lekshmi in pivotal parts. The story is based in the village of Kaattoorkadavu where Vipinan and his pals, fans of the Argentina football club, fight it out with a rival football team. Directed by Midhun Manuel Thomas, the film has an innovative premise, wonderful performances to lit up your small screens.

Maunn deals with a very pertinent issue about abuse within the family. This is a situation where a couple gets to know about a horrifying incident faced by a child but can’t do much to confront the perpetrator. Despite comprising only small-time actors like Khushi Bharadwaj, Sarita Sharma, Anurag Arora, the strength of this Eros Now original is its hard-hitting treatment about an unfortunate anomaly in society.

This sci-fi thriller returns for the second season with a grittier, scarier and pulsating plot, sure to keep the audiences on its toes. While retaining its original lineup including Oliver Masucci, Karoline Eichhorn, Jördis Triebel, Louis Hofmann as actors, the story continues to create an element of intrigue. Jonas is literally stuck in the future and wants to return to 2020, while his friends are trying hard to connect the dots about a few mysterious incidents that have shocked their town.