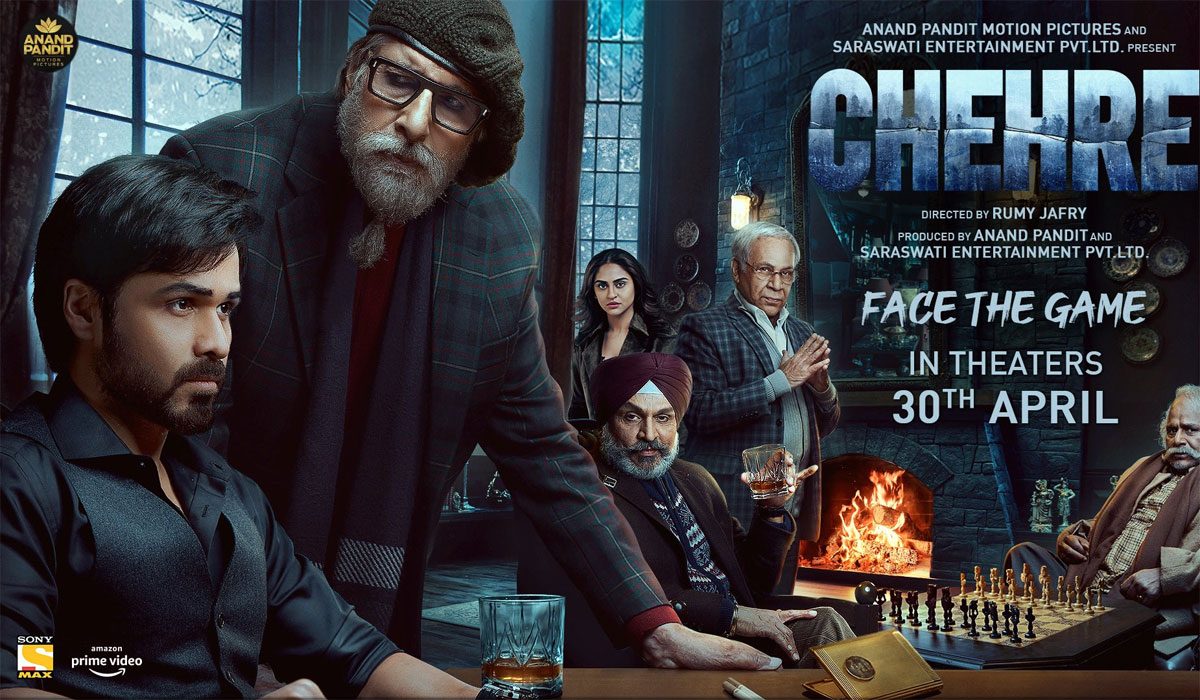 One after the other, Bollywood has been revealing release dates and posters for the upcoming and most anticipated movies. This time, it is the news about Amitabh Bachchan and Emraan Hashmi starrer “Chehre”. Finally the movie has revealed its release. It will be released on the 30th of April, 2021 in cinemas. The movie has been long awaited, as it was set for a theatrical release in the month of April 2020. The pandemic has been the primary reason for the delay in the release of the movie.

This is the first time that Emraan Hashmi and Amitabh Bachchan have starred together in a film. The movie also marks the debut of Television star Krystle D’Souza. The movie also stars Annu Kapoor, Siddhant Kapoor, and Raghuvir Yadav in pivotal roles. The role of Krystle was earlier played by Kriti Kharbanda but due to the fallout with the makers, she was later replaced with Krystle D’Souza.

The movie is a mystery thriller that will star Amitabh Bachchan once again as a lawyer. He earlier essayed the role of a lawyer for the movies Pink and Badla, and everyone mentioned how exemplary both the roles are. Emraan Hashmi on the other hand will be playing the role of a business tycoon. The latter took to Twitter to reveal the poster along with the release date on. Significantly enough, Rhea Chakraborty has been the one, whose name has not been added to the list of cast and also is not a part of the poster, even though she has completed all her scheduled shoots for the movie.

The movie is being considered as one of those movies filled with mystery and thrill that will keep everyone on the edge of their seats. The movie is directed by Rumi Jaffery and is produced by Anand Pandit. The satellite rights for the movie have been given to Sony and digital rights for the same have gone to Amazon Prime Video.