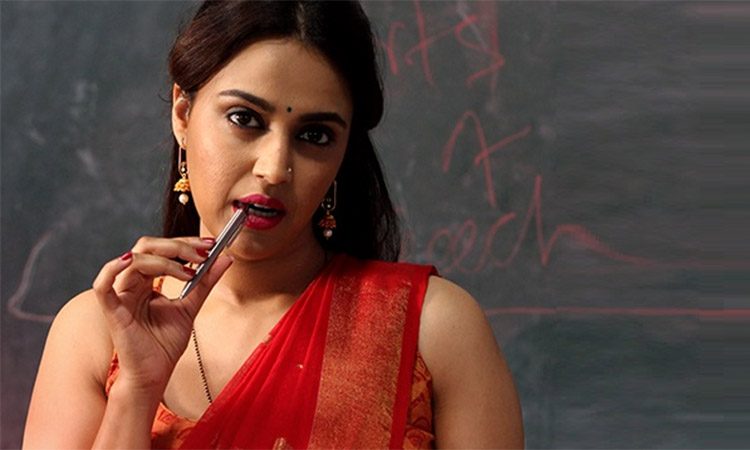 Applause Entertainment, the digital content arm of the Aditya Birla Group, and makers of well-received shows such as Hostages, Criminal Justice and City of Dreams, have a provocative project in the works. Titled Rasbhari, the project is headlined by feisty actress, Swara Bhaskar.

Rasbhari is a web series set in small-town India, Meerut to be specific, where a young teenager Nand becomes fascinated with his beautiful English teacher, Shaanu Madam. The boy soon discovers that his new English teacher has a sexy alter-ego named ‘Rasbhari’. Swara plays the role of the English teacher, while Nand is played by young actor Ayushmaan Saxena, of Bombay Talkies fame. Rashmi Agdekar, Pradyuman Singh, Neelu Kohli and Chitranjan Tripathi make up the rest of the cast.

Rasbhari is a powerful indictment of regressive notions such as patriarchy, suppression of female sexuality and the ilk. It is a social satire in the garb of the coming-of-age story of young Nand. The quirky tale is heartwarming and uplifting.

Rasbhari has been produced for Applause by Tanveer Bookwala, written by Shantanu Shrivastava and directed by Nikhil Bhatt.

As an aside, Rasbhari was nominated in the short form category at the annual Series Mania International festival, held in France.

Watch this space at Binged.com for further updates on Rasbhari.