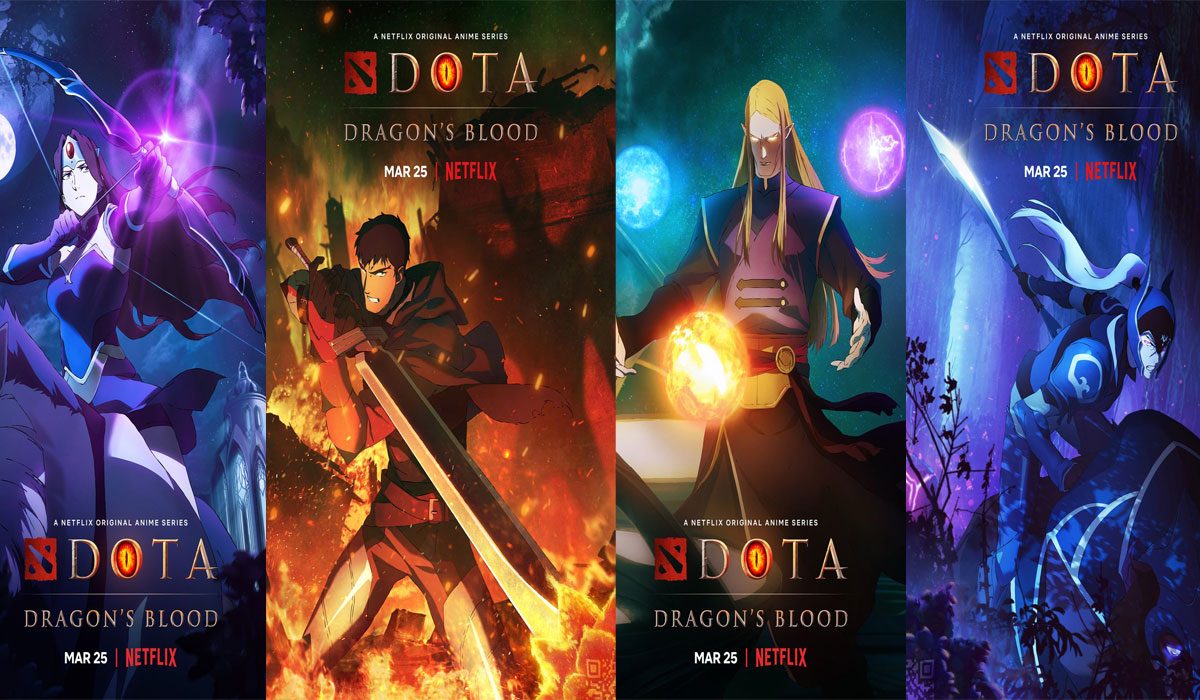 We have got another trailer for the much anticipated game adapted limited animated series, DOTA: Dragon’s Blood, and a few more characters are introduced in this new promotional video. A couple of weeks ago, when the teaser dropped, we only got to see two main characters from the main game – Davion the Dragonknight and Mirana, the priestess of the moon. This time, we are introduced to a few more characters in the trailer. For continuity and for understanding of the plot of the animated series, we suggest that you all watch the teaser before checking out the trailer for this upcoming web series at the end of this article.

Carl, the Invoker and Luna the Moonrider of the Dark Moon Order are the two new main characters introduced to us in the web series. Both characters are much beloved by fans and DOTA gamers and their introduction will only increase the buzz around this upcoming animated limited series. We also get a look at the Goddess Selemene – patron of both Mirana and Luna. Invoker makes a hard comment, saying that the Goddess’ brightness is hiding the darkness, and hence many other enemies who favour the dark as well.

In the trailer, we see a thief come and steal Selemene’s lotus from her temple. There is a very good chance that this could be Lanaya the Templar Assassin, but this thief doesn’t have her trademark tattoos and markings on her face – so this could be Lanaya who is either disguising herself or has yet to be initiated into the order of Assassins or it could be someone else entirely. Davion continues to dream about dragons, which is most likely a foreshadowing of the transformation he will undergo in the series.

But the best part of the series is not even part of the trailer, it comes from the first look posters. The posters which feature Davion, Mirana, Carl and Luna all have QR code-parts added to the corners of their pictures. Once they are all brought together and scanned, you will get the main villain of the upcoming animated web series – Terrorblade, the Demon Marauder. Check out the first look posters at the end of this article.

DOTA: Dragon’s blood is expected to premiere on March 25th 2021.

If you had the power…what wouldn't you do? pic.twitter.com/ghvb7Ol2zi

Given below, is the link you get once all four QR code parts are brought together and scanned.