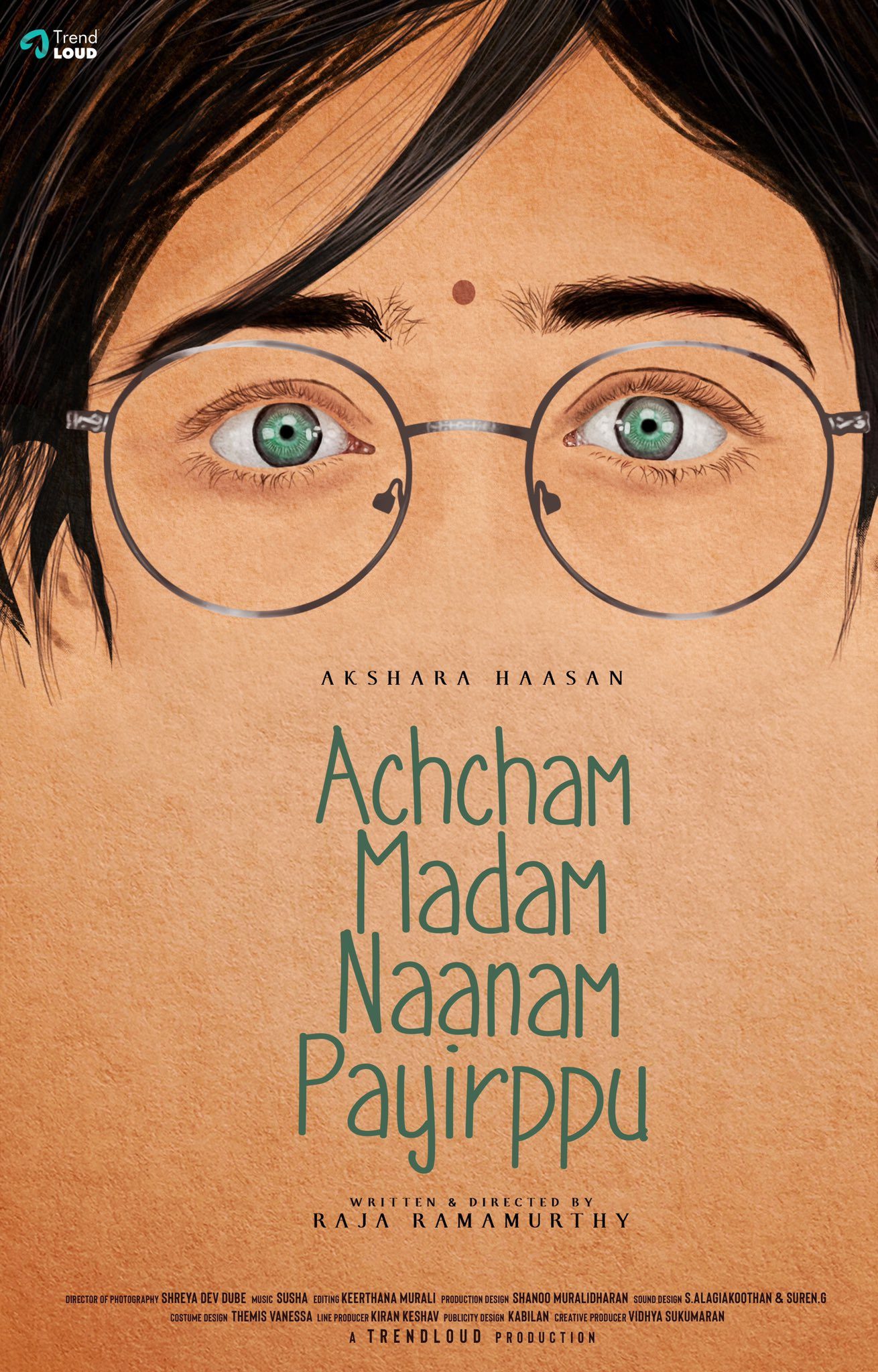 Akshara Haasan‘s upcoming flick was in the news for a long time. Now today the makers of the film decided to give a little sneak peek into the movie as they finally released an official poster for the film which features Akshara in it. The name of the movie is ‘Achcham Madam Naanam Payirppu’ .The movie is directed by Raja Ramamurthy, who also has directed the web series America Mappillai. And it is being produced by Trendloud. While the shooting of the film has almost completed the makers are deciding whether the movie will arrive in theatres or as the trend nowadays is, in an OTT platform. Seeing that Akshara was recently seen in Zee5’s Tamil web series Fingertip, it wouldn’t be a bad decision if the makers try to make a deal with Zee5. But since Amazon Prime Video has also been interested in the movies from South India we might get to know about what happenes soon enough.

Achcham Madam Naanam Payirppu is being said to be a women centric coming of age story. The story revolves around a girl who comes from a conservative family and naturally is in dilemma between societal expectations and personal desires. The major star cast of the movie is female and the story will be shown through a female’s perspective and this is what makes the movie different according to the director.