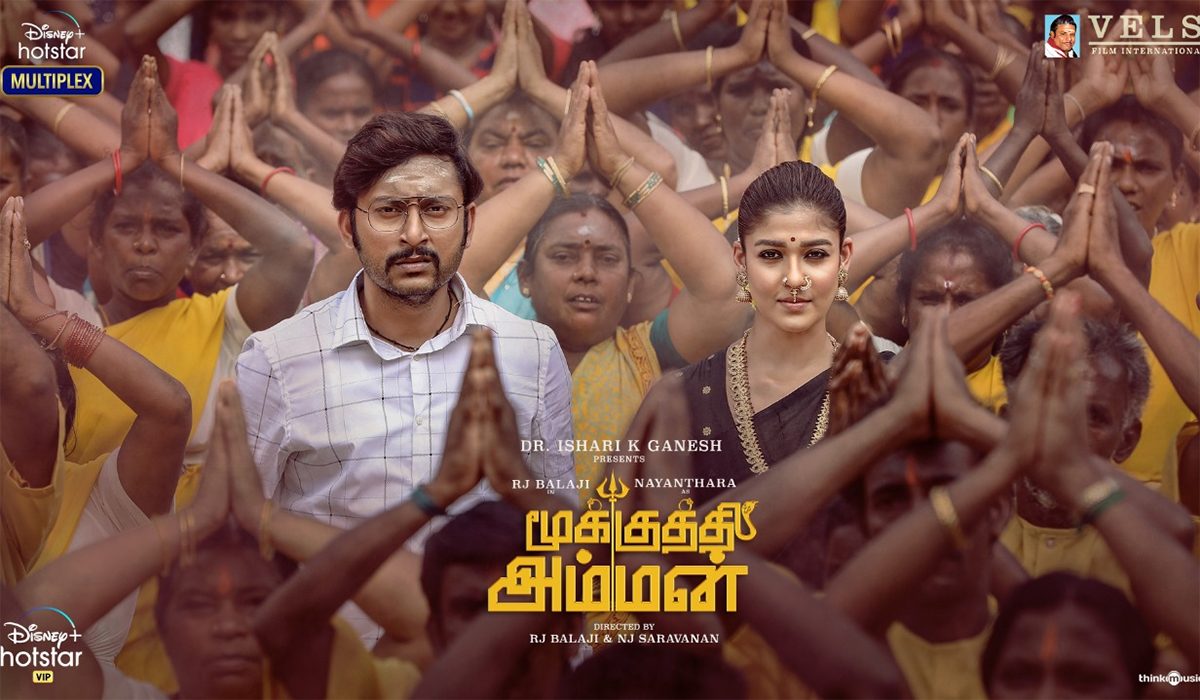 Disney+ Hotstar is releasing ‘Mookuthi Amman’, a Tamil comedy film on Diwali, as part of this year’s Hotstar Specials featuring Tamil and Telugu movies and TV series. With five days remaining for the feature film to drop, here are five interesting facts to know about this devotional comedy film:

This is R J Balaji’s first directorial feature. Granted he is co-directing the feature with N.J. Saravanan, but ‘Mookuthi Amman’ will be his directorial debut. R.J. Balaji will also portray the male lead in this film. He portrayed his first feature lead in the 2019 crowd pleaser ‘LKG’.

Nayanthara is set to portray the title character of the upcoming film ‘Mookuthi Amman’, which also means “Nose-Ring Goddess”. Surprisingly, this isn’t her first time portraying a Goddess on screen. She played Sita in the 2011’s ‘Sri Rama Rajyam’, which is about the events after the epic Lanka battle, where Lord Ram beat the Lanka King Ravana. She is set to play a stricter, but more funnier version of a “Family Goddess” in this upcoming movie.

One of the biggest stars from both Malayalam and Tamil film industries will feature in this film – Urvashi. This female actor has won dozens of awards for her acting ability, talent and varying roles. One of the most naturally gifted South-Indian actors, her ability to capture the essence of any character she has to portray on screen has been known to move both critics and film watchers to tears. In ‘Mookuthi Amman’, she portrays the mother of R.J. Balaji’s character – a devout Hindu who wants her children to keep praying to the Gods, their family Goddess in particular, for a better future.

The antagonist of this film – A Godman will be portrayed by popular actor Ajay Ghosh, who predominantly acts in Tamil and Telugu films. The actor came to prominence in the critical and commercial hit ‘Visaranai’, a crime-thriller feature. He played a villainous role in the film and has gone on to portray multiple villains on screen, due to ‘Visaranai’s’ success.

This film will give us a satirical take on the concepts of the Hindu faith and religion. At a time when Indians (mostly the unruly and uneducated) are taking to the streets, protesting over mythological inaccuracies and slights against the Hindu faith (like the ‘Laxmmi Bomb’ debacle’), this feature length film will not (hopefully) hold back and will mock most of us mercilessly on our religion. For that reason alone, the film makers, OTT platform, actors and crew involved should be commended for their bold choice, and we hope that the film will be a success.

‘Mookuthi Amman’ is set to premiere on Disney+Hotstar on Diwali, 14th November 2020.