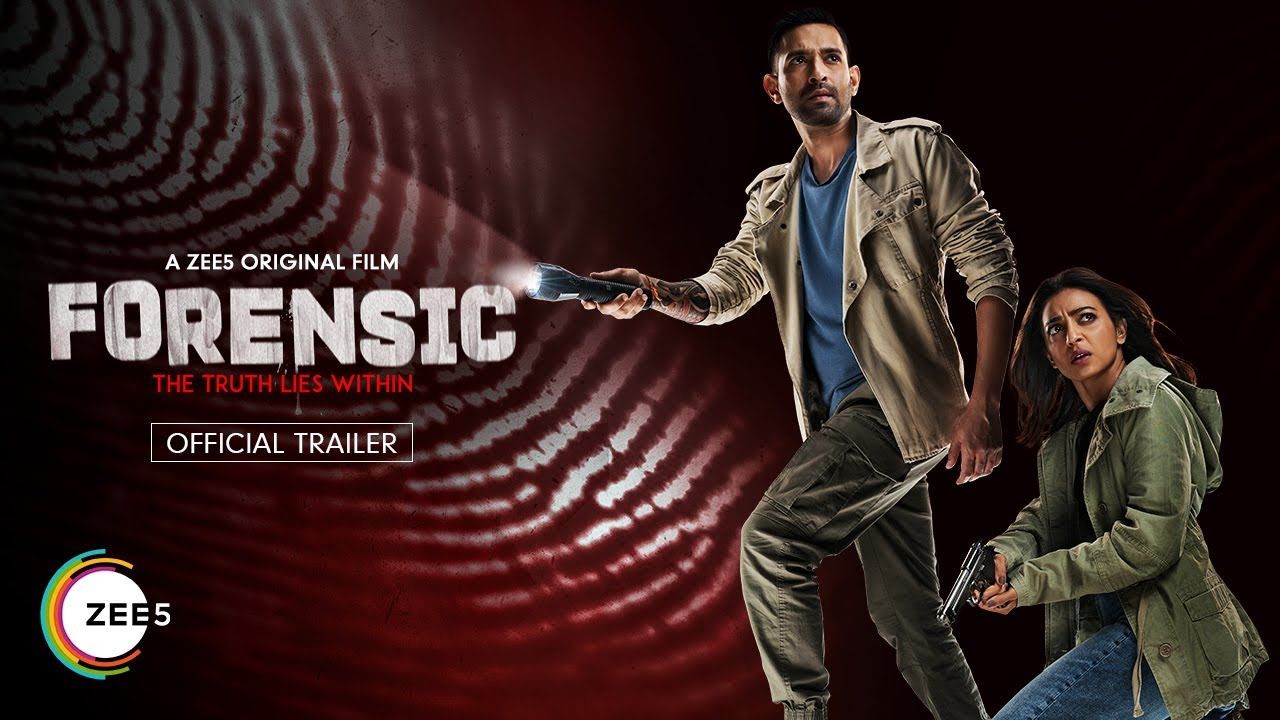 The trailer of the highly awaited Forensic is finally out. If you are unaware then Zee5 had been halting any updates from the film for quite some time.

Fortunately, the trailer is out and it’s highly promising. Forensic starring Radhika Apte and Vikrant Massey is based on a murder mystery which is both eerie and unsettling.

Young girls get kidnapped on their birthday which is followed by their brutal murder. Radhika Apte is a police officer named Megha Sharma who is in charge of the investigation while Vikrant Massey plays a forensic expert. He is called Johnny Khanna. Both come to the conclusion that the height of the murderer is very short. The third member of the cast is Prachi Desai who plays the character of Dr Ranjana.

Later, they think that it is some kid who is committing those gruesome crimes. Finally, they conclude that they were after a killer who does not exist.

Overall, this is a mind-bending thriller which may come across many unwanted turns.

The film directed by Vishal Furia will start streaming on June 24.

Now, all they need is a huge marketing push because the trailer is definitely promising. Also, Vikrant Massey and Radhika Apte are extremely gifted actors.

Let’s see what the film brings with itself.

https://youtu.be/EL_zAaneD1YFollow us on Google News