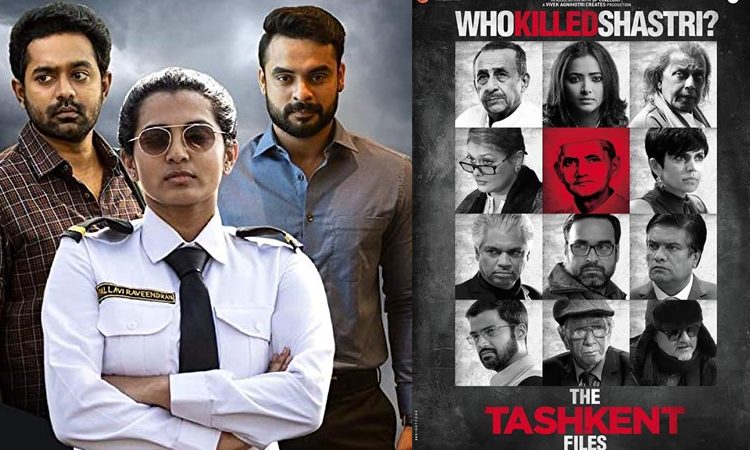 Stardom isn’t always an obligatory ingredient to film’s quality, but it’s content is. Here are two films, The Tashkent Files (Hindi) and Uyare (Malayalam), that released without major stars or any humbug and yet had a golden run at the box office. Now, they make their way to streaming platforms to enthuse a wider audience.

This 2019 release is a fictional yet a hard-hitting take on how an emerging pilot dares to face life in its cruellest form after suffering an acid-attack from an abusive boyfriend. Actress Parvathy headlines this film that’s realistic, heart-wrenching and gripping in its execution. The film was helmed by Manu Ashokan.

In what’s the most surprising sleeper hits of the year in Bollywood, this film directed by Vivek Agnihotri explores the conspiracy around Lal Bahadur Shastri’s mysterious death and the alleged ‘decades-old enigma’ surrounding it. The plot revolves around an investigation initiated by a journalist to unravel various perspectives to the incident. The film features Shweta Basu, Mandira Bedi, Mithun Chakraborthy in pivotal roles.