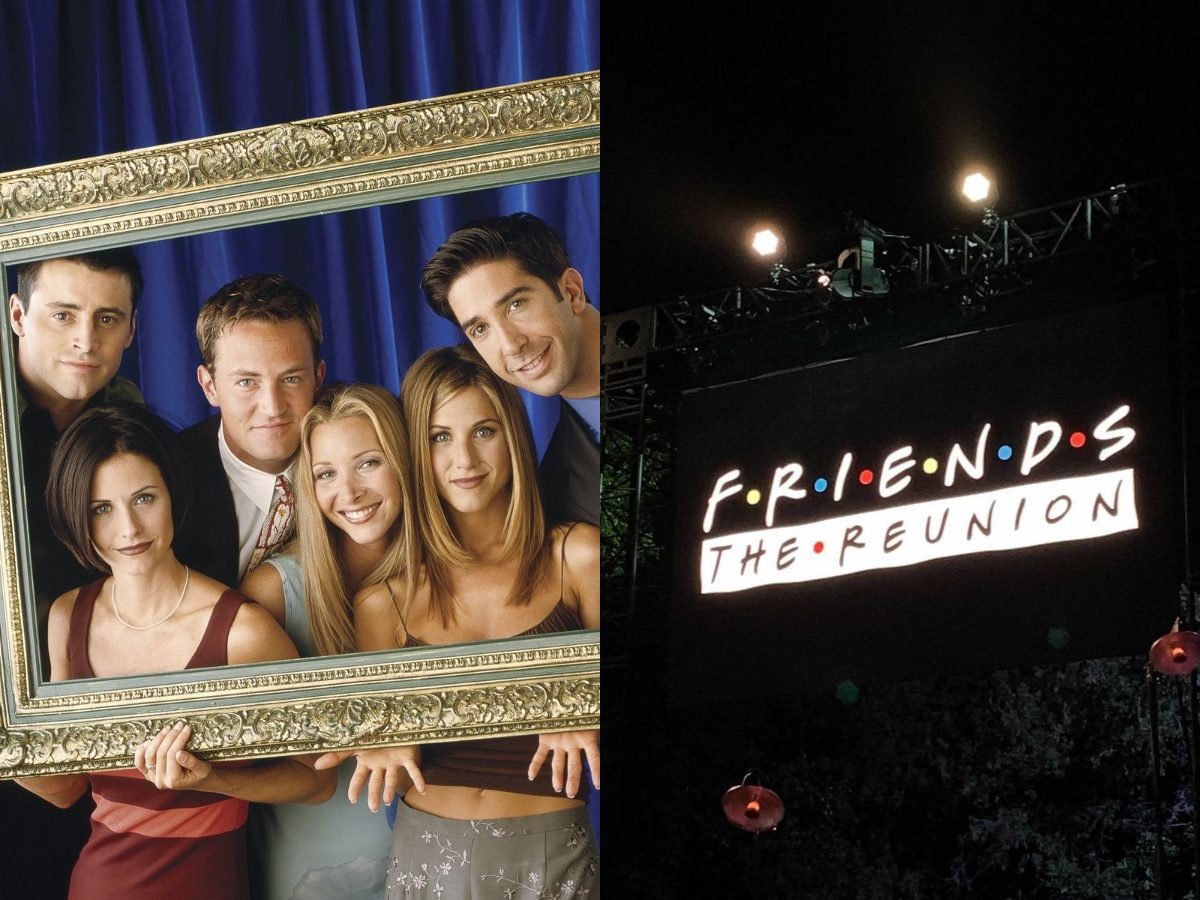 On the heels of the recent announcement regarding its filming in Los Angeles, the official ‘Friends’ account once again took to Twitter. The post notified about the shooting wrap-up of the highly anticipated reunion episode of the immensely popular American television sitcom ‘Friends’. The cult show started airing in the year 1994, spanning ten seasons comprising 236 episodes that were aired over a period of ten years.

The post further informed that the reunion episode would be coming to HBO Max streaming platform. Along with the post, they posted a picture of a lighted billboard titled ‘F.R.I.E.N.D.S THE.REUNION’, with an obvious departure from the original Friends logo.

Reportedly, the special episode will not be a new Friends episode as the actors will likely appear as themselves and not as their respective characters from the show. And the cast has purportedly charged a whopping amount for their appearance.

When it was first announced that Warner Bros is developing a reunion episode for HBO Max, it was originally slated to release in May 2020, when HBO Max officially made its debut. However, it was delayed because of the COVID pandemic. Although the filming has recently concluded, yet the exact release date of the show has not been officially disclosed.

This special episode would bring back the show’s creators, who will reunite with the dream cast consisting of Jennifer Anniston, David Schwimmer, Courteney Cox, Lisa Kudrow, Matt LeBlanc, and Matthew Perry. These actors played the six friends in their 20s and 30s living together in New York City and the vicissitudes in their inter-personal relationships formed the show’s central theme.

The sitcom, which is currently streaming on Netflix India, apparently had a significant worldwide cultural impact including India, where many cafes based on the Friends theme were said to be instituted in the Indian cities of Kolkata, Chandigarh, Pune, Gurgaon, and Bhubaneshwar. The original show was also followed by a television spin-off named ‘Joey’, which was based on LeBlanc’s adorable ‘struggling actor’ character.

The immense popularity of the show kickstarted the cinematic careers of its leading actors, particularly Jennifer Anniston and David Schwimmer. While Anniston went on to become one of the highest-paid actresses who later worked in films including ‘Bruce Almighty’, ‘Marley & Me’, ‘Horrible Bosses’, etc.

On the other hand, Schwimmer was cast in the highly acclaimed war-drama ‘Band of Brothers’ amongst other projects. Concurrently he tried his hands directing several television shows and full-length feature films. In the year 2016, he portrayed the role of a lawyer in the crime anthology TV show ‘The People vs O. J. Simpson’, for which he was well appreciated.

Diehard fans are now waiting with bated breath for the makers to divulge the exact release date of the show, which is likely to be aired later this year. Keep watching this space for further updates.