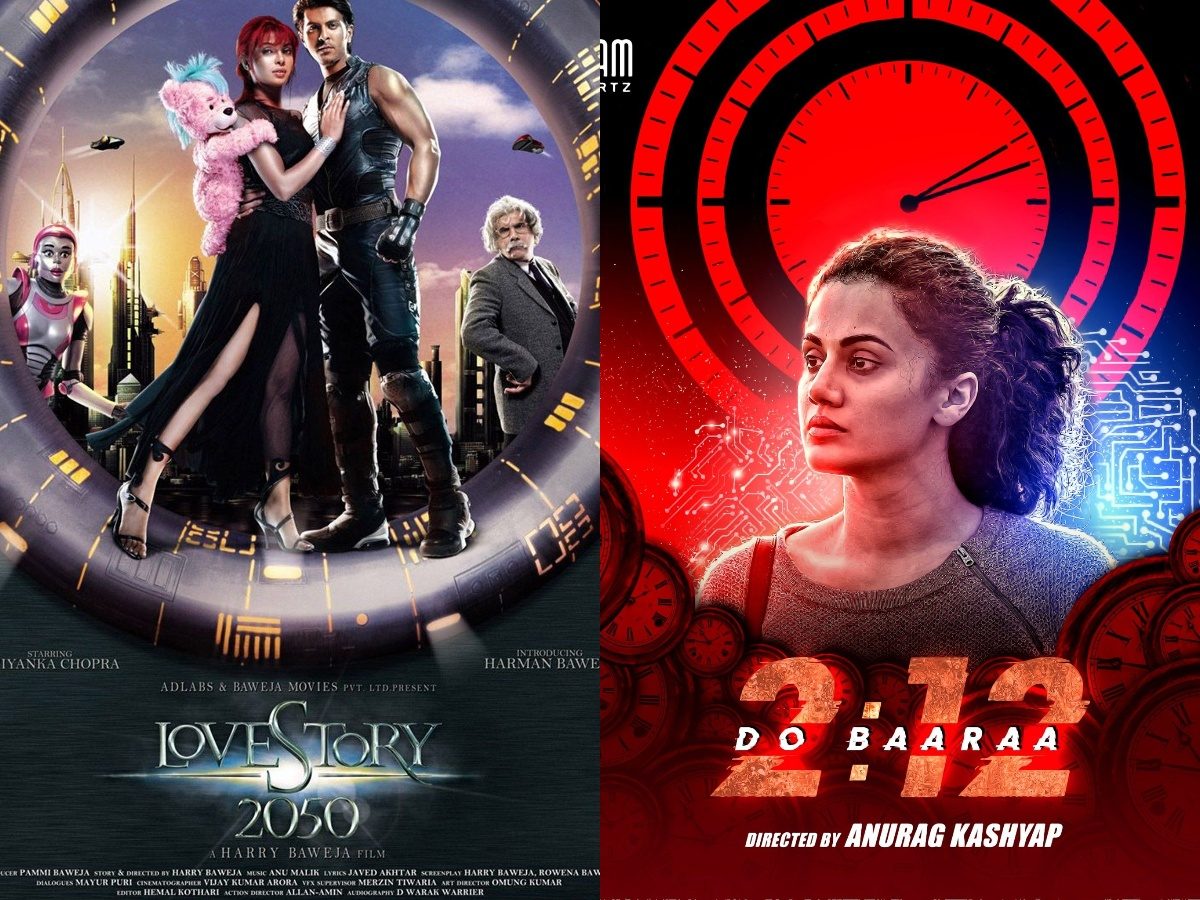 When a teaser video of Anurag Kashyap’s upcoming thriller film ‘Dobaaraa’ (aka 2:12) was unveiled by the makers, it had intrigued us all to the core. Firstly, because of maverick filmmaker Anurag Kashyap’s collaboration with the versatile performer Taapsee Pannu again. And secondly because of its compelling premise.

From the film’s teaser and its premise, it seemed that the story would revolve around an expected reoccurrence of a storm after 25 years (one in the year 1996 and the other apparently about to happen soon). And how the impending storm could somehow affect time, space, dimension, and the universe. Interestingly, the teaser for ‘Dobaaraa’ (2:12) had a runtime of precisely 2:12 minutes, was released at 2:12 PM, and was released in the 2nd month of the 12th day of 2021.

The film’s premise was compared by some to Oriol Paulo’s mystery film ‘Mirage’, whose plotline, coincidentally, also revolved around a storm separated by a period of 25 years besides portraying a female protagonist. Incidentally, Oriol Paulo’s another film ‘The Invisible Guest’ was ostensibly remade in India as ‘Badla’ (also featuring Taapsee Pannu). However, nothing can be certainly said about Dobaara’s exact storyline, until more details are disclosed by the makers.

Until now, not a great number of films have been made by Bollywood filmmakers pertaining to the time-travel genre or a film that has time as an integral component. Having said that, some Indian filmmakers have capitalized on the fascinating time-traveling concept, in some way or the other, in their films.

The most recent example that crossed our mind was that of SonyLIV’s acclaimed web series ‘JL50’. The show starring Abhay Deol, Pankaj Kapoor, and Piyush Mishra revolved around an investigation into a crashed flight. The plot takes an interesting turn when the investigating officer (Abhay Deol) finds out that it’s the same missing flight that took off 35 years ago. The series was an honest effort by the makers to executive the confounding notion of time travel for the screen and was blessed with credible lead performances.

Previously, filmmaker Vipul Amrutlal Shah had tried his hands in a purported adaptation of a Gujarati play of the same name and H. G. Wells’ novel ‘The Time Machine’. The film was titled ‘Action Replayy’ (2010) and starred Akshay Kumar, Aishwarya Rai, and Aditya Roy Kapoor in the lead roles.

Another ambitious time-travel film ‘Love Story 2050’ was helmed by Indian filmmaker Harry Baweja. The film featured Harman Baweja, Priyanka Chopra, and Boman Irani in the lead roles and revolved around the protagonist traveling into the future using a time machine, to meet his (now deceased) girlfriend.

Then, a film that had time-traveling as an auxiliary element was Siddharth Malhotra and Katrina Kaif’s rom-com ‘Baar Baar Dekho’. It was not an outright high concept time-traveling film and was presented in a dramedy format. The entertaining film was Nitya Mehra’s directorial debut.

Moreover, an unfinished Bollywood film called ‘Time Machine’ starring eminent actor Aamir Khan was being directed by celebrated filmmaker Shekhar Kapoor in 1992. The film was also to feature renowned actors like Naseeruddin Shah, Rekha, Raveena Tandon, Gulshan Grover, and Vijay Anand. But unfortunately, the film was reportedly shelved due to financial constraints. The ambitious film was supposedly based on Robert Zemeckis’ cult time travel film ‘Back to the Future’. What ‘Mr. India’ did to the Indian sci-fi genre, ‘Time Machine’ had the similar potential to be a game-changer for the Bollywood time travel genre of films.

Besides Bollywood, a prominent film on the concept of time travel was Vikram K. Kumar’s ‘24’ starring acclaimed actor Surya in a triple role of a scientist, his evil brother, and his son. The magnificent film went on to become a huge critical and commercial success and Surya’s performance in the film was widely praised.

Although the exact plot details of Anurag Kashyap’s ‘Dobaaraa’ are currently not known, however, from a Douglas Adams’ quote voiced by the filmmaker in the teaser – “Time travel, by its very nature, was invented in all periods of history simultaneously”, it seems that time travel will play at least some kind of role in his upcoming film. Being such an intriguing premise from an extremely talented bunch of people both, in front of, and behind the camera, we are eagerly waiting for the film’s exact release details.

Besides ‘Dobaaraa’, a web series titled ‘Time Series’ is also reportedly set to release later this year and the miniseries is being helmed by filmmaker Badrinath Sabat.