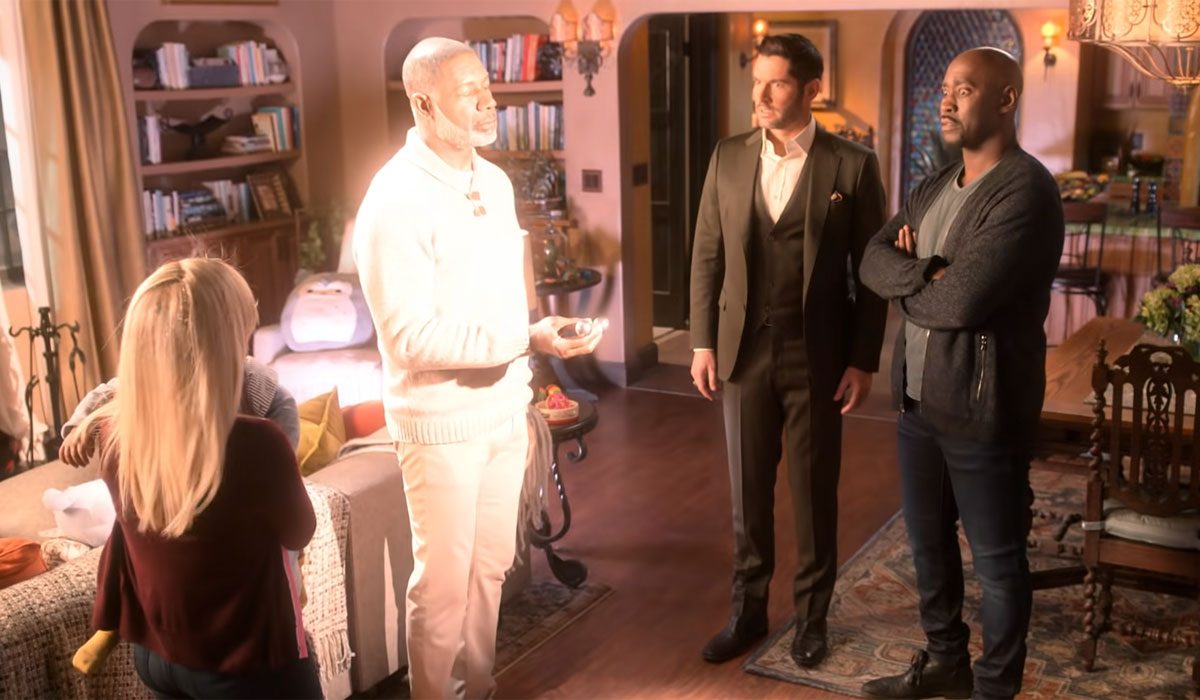 The much-awaited trailer for the second part of season five of Netflix’s Lucifer is finally here and it is unbelievable. Dropped on the official YouTube page of Netflix, the much anticipated second part kicks off with a bang after one hell of a mid-season cliffhanger of a finale. Check out this action-packed, yet hilarious trailer at the end of this article.

Lucifer‘s dad, God, finally made his appearance at the end of episode 8 of season 5 of the web series ‘Lucifer’ and it was hilarious. It has been a long time coming and the Dennis Haybert sure has a “divine presence”. Prior to God’s appearance, Lucifer and his brother Amendiel were fighting their brother Michael and their demon-friend Mazikeen. God’s presence stopped their fight and ended the mid-season with an epic one-liner.

The aforementioned trailer picks up where the cliffhanger left off. God who has had enough with the fighting, decides to have dinner with his three sons and Dr. Linda Martin (the mother of one of his grandchildren). God’s appearance is funny and he is trying to reconcile with Lucifer, but you can see feel the weight of some daddy issue baggage inside Samael and hence he is reluctant to open up to his father. We also get a look at all the main characters in the show finally meeting God and their responses are quite hilarious as well.

Amendaiel points out the dysfunctionality among the “heavenly family” and we can see that in tidbits in the montage. But eventually, we understand why God has come to Earth. He is retiring from being God and he wants one of his sons to take his place. As the latter half of the trailer indicates, Michael and Lucifer fight it out to be the next “God” and they try to gather support among other divine creatures so as to achieve “Godhood”. The trailer looks interesting and we can’t wait to see what happens next.