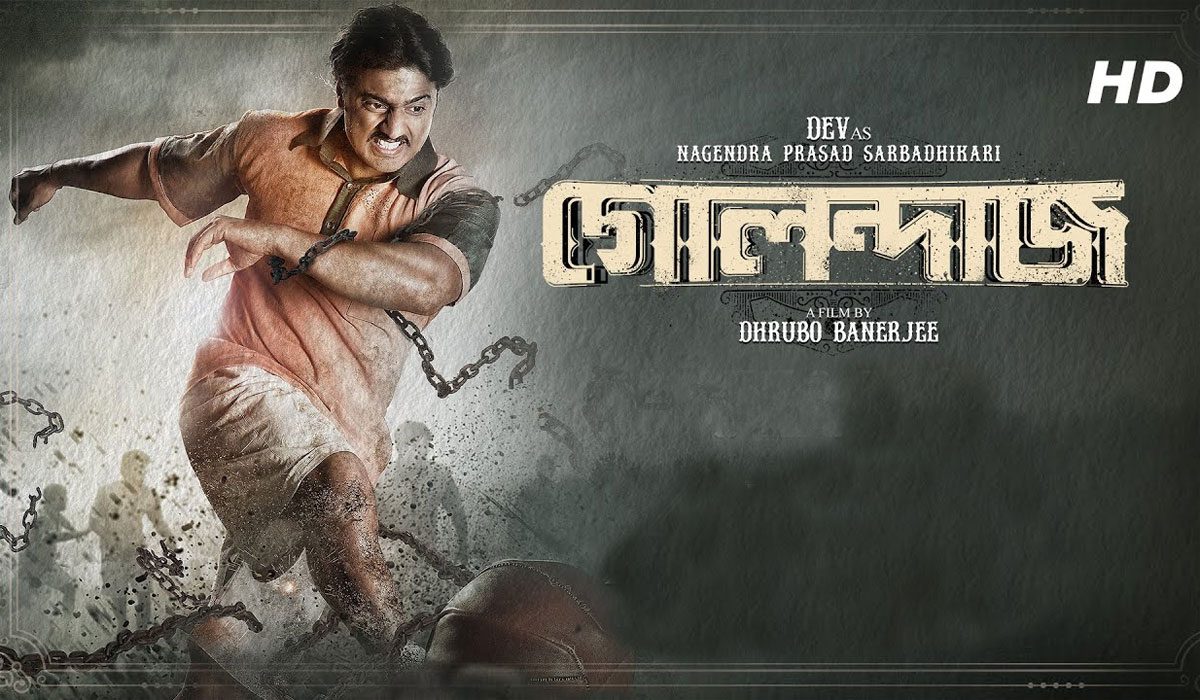 SVF films on a roll and this time, they are taking the excitement a notch higher with Football. Just after a couple of days of releasing the trailer of the football centric rom-com ‘Maradonar Juto’ for Hoichoi TV platform, they have finally unveiled the first teaser of Dev’s ”Golondaaj”. Golondaaj is based on the early days of Indian Football.

As we in Binged.com reported earlier, when the first look of Golondaaj was revealed a few days back, it created a huge buzz in the football lovers around Bengali film fraternity. But now with this 76 seconds long teaser, it’s evident that the hype is quite justified.

The teaser of Golondaaj shows colonial India of 1879, under British subordination, where a group of men led by Nagendra Prasad Sarbadhikari, portrayed by Dev, takes on a British football team. The teaser revolves around the socio-cultural situation of Bengal of the 19th century when revolutionaries were going toe to toe with British Raj.

Dev, himself is extremely excited portraying the character of Nagendra Prasad Sarbadhikari, the father of Indian football, said “This film is huge! It will stay in people’s hearts for many years to come. Firstly, I thank both Dhrubo Banerjee and SVF for thinking about making a film like this. I am grateful to play Nagendraprasad Sarbadhikhari, a man who is the pride of Bengal. Golondaaj will remain as one of my very special and memorable projects of lifetime.”

Golondaaj is scheduled for an Independence Day weekend release and with the grandeur of the teaser, we are extremely hopeful for this sports-centric film to be a blockbuster.

Check out the exciting teaser of Golondaaj here: