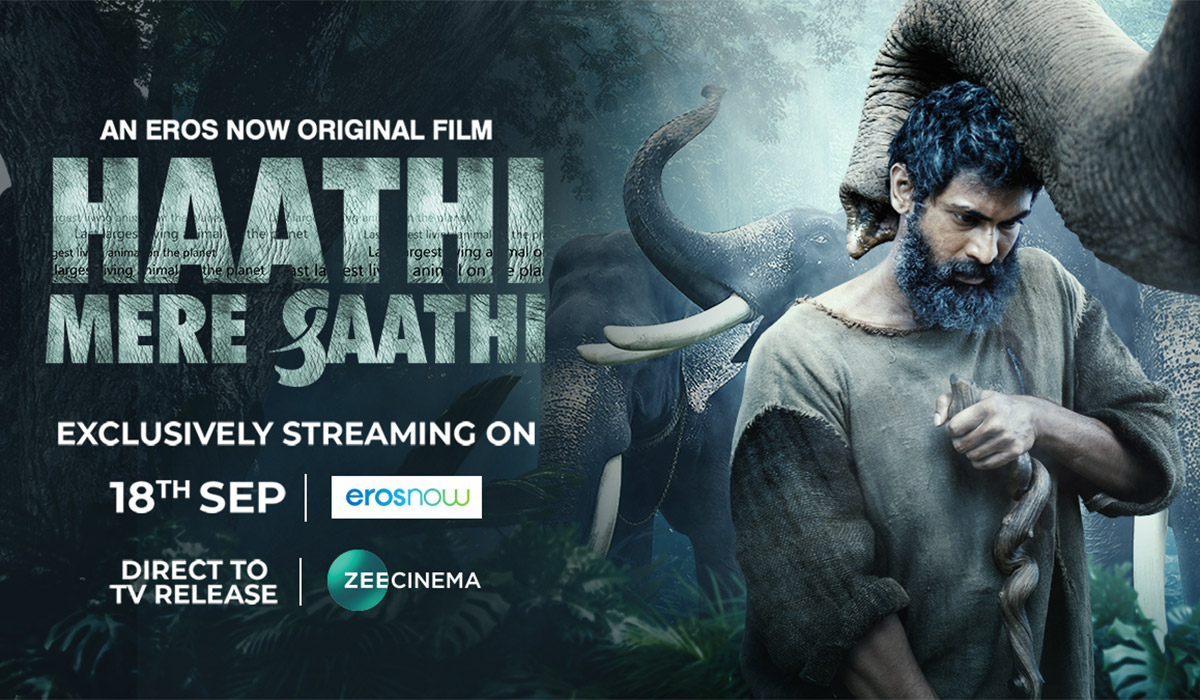 Director Prabu Solomon‘s ‘Haathi Mere Saathi‘ featuring  Rana Daggubati  in the lead, alongwith Pulkit Samrat, Shriya Pilgaonkar and Zoya Hussain in supporting roles will finally have a televised and Direct To OTT premiere on 18th September on Zee Cinema and Eros Now. The multi-lingual film shot simultaneously in Hindi, Tamil and Telugu saw the theatrical release of the Tamil and Telugu versions, titled ‘Kaadan’ and ‘Aranya’ respectively, in March earlier this year. The release of the Hindi variation, ‘Haathi Mere Saathi’ however, was postponed looking at the Hindi market affected by the second covid wave.

Written and directed by Prabu Solomon and produced by Eros International, ‘Haathi Mere Saathi’ focuses on the fight to save elephants in their natural habitat and shows the unspeakable bond between humans and animals. Rana Daggubati shoulders the film as a true-blue animal lover who fights for the rights of the elephants. The narrative is set in the heart of the wilderness, with the trailer giving a glimpse into the Man Vs Nature plot. In building a new township in an area inhabited by elephants, a 70km wall is built to restrict their movement. The film depicts the cruelty of mankind and shows how a team of animal lovers go against all odds to preserve their rights. Incidentally, the part of Pulkit Samrat is played by actor Vishnu Vishal in the southern versions.

Actor Rana took to social media a few days ago to announce the film’s release date with a special song on the occasion of Ganesh Chaturthi. ‘Haathi Mere Saathi’ will premiere on Zee Cinema at 8pm on 18th September, post which it will be available for streaming on Eros Now. The Tamil and Telugu versions of the film were released in theatres on 26th March this year and received rave reviews. The makers were earlier contemplating a theatrical release for the Hindi version too, but settled for a direct-to-TV and OTT release eventually, due to the uncertainty surrounding the theatrical medium.