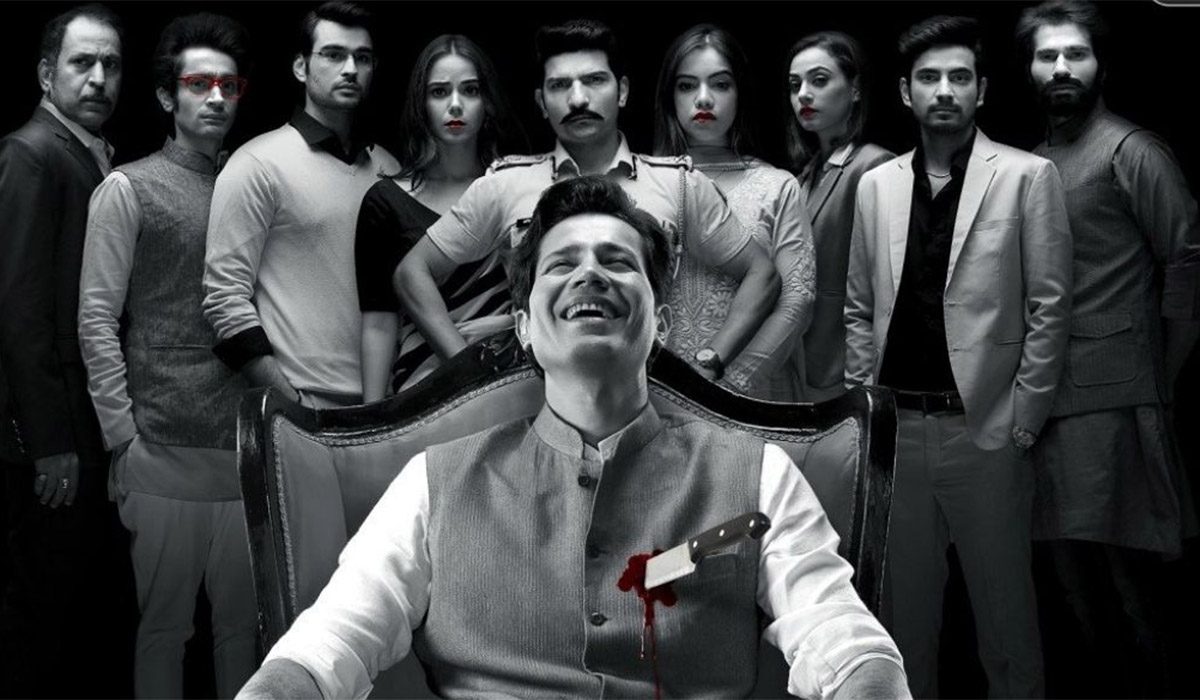 ALTBalaji is coming up with a new whodunit political crime-thriller drama ‘Dark 7 White‘. It’s a story surrounding a murder mystery with seven suspects, where nothing is black and white rather it’s all dark and white. ‘Dark 7 White’ is a Zee5 and ALTBalaji Club original series that will premiere on 24th November, 2020.

‘Dark 7 White’ on Zee5 and ALTBalaji is a thriller series that revolves around the youngest Chief Minister-to-be, Yudhveer Singh aka Yudi (Sumeet Vyas), his mysterious murder and the intriguing investigation that follows involving none other than Yudi’s friends and family as suspects.

Every character in ‘Dark 7 White’ has some or the other deep dark secret that will eventually unfold in the series when they all get investigated for the murder of one amongst them. Wanna know who they are and what each of them is upto? Then you have come to the right place!

Let’s talk about the central character of the show i.e. Yudhveer Singh aka Yudi. He is the prince of Jaipur and believed that rules and regulations are not meant for the royals. But one tight slap from a police officer made him realise that real power lies in politics. He had everything, money, power, passion and that’s exactly what might have gotten him killed!

When Yudi gets killed during a public rally, a lot of questions are raised and the foremost of them being who killed Yudi? To find it outcomes into scene the investigative officer ACP Abhimanyu Singh (Jatin Sarna), the same cop who had slapped Yudi. He is determined, strong headed and takes no crap for an answer.

Before we get to the suspects, we have one more person of interest and that is Daisy Nath Chaudhary (Nidhi Singh), Yudi’s beloved fiancé who was with him when he got murdered. Grieving over the loss of the love of her life, Daisy strongly believes that one of his friends is behind his murder.

And then come the suspects of Yudi’s murder, majority of whom are his very own college friends. The first such suspect is Neelakshi Garg aka Neelu (Monica Chaudhary). This damsel in distress had been madly in love with Yudi since college but he just sort of used her for sexual pleasures, never giving her the validation she yearned for. Is that a reason enough to kill someone?

Second, we have Greshma (Taniya Kalrra), a budding journalist who had always been rebellious and close to Yudi. She is smart and knows how to get things done. Could her ambitious aspirations to climb up the ladder be the reason for her to kill his friend Yudi?

The third suspect is a wanna be politician Kush Lamba (Kunj Anand). A college nerd and the one who was Yudi’s rival in college but somehow Yudi discovers his dark secret about being a homosexual/bisexual. This very fact makes Kush leave his position for Yudi in college. So now when Yudi is going to become CM is it Kush who killed Yudi out of jealousy and anger?

Shashank (Sumit Singh), Greshma’s husband and an upcoming lawyer is the fourth suspect. Their marriage though seems to be in a bit of trouble with trust issues between them, given the proximity between Yudi and Greshma. So could it be Shashank’s jealousy that could have made him kill Yudi?

Fifth in line is Dhaval (Rachit Bahal), the man Yudi trusted completely and who was not just his security incharge but also his go to man for anything and everything. But he knew way too much about Yudi, so did he murder him?

The sixth suspect is Yudi’s own grandfather Shamsher Singh (Sanjay Batra), who kept him away from his mother since childhood. Yudi was ambitious and knew that the real power was in politics and not royalty and so wanted to create a new path for himself. Did Shamsher feel threatened or disgruntled by this, and so could he be his grandson’s murderer?

Lastly, there is Yogesh (Shekhar Chaudhary), Kush’s lover-cum-friend and Yudi’s rival. Their rivalry starts in college when Yogesh tries imposing rules of college campus and hostel on him. But since Yudi has the privilege of his royalty and also knows his and Kush’s secret there’s nothing much Yogesh could have done, unless he could have killed Yudi, so did he?

If this got you intrigued and you too want to find out who actually killed Yudi, catch ‘Dark 7 White’, a Zee5 and ALTBalaji Club original on ALTBalaji on 24th November, 2020.