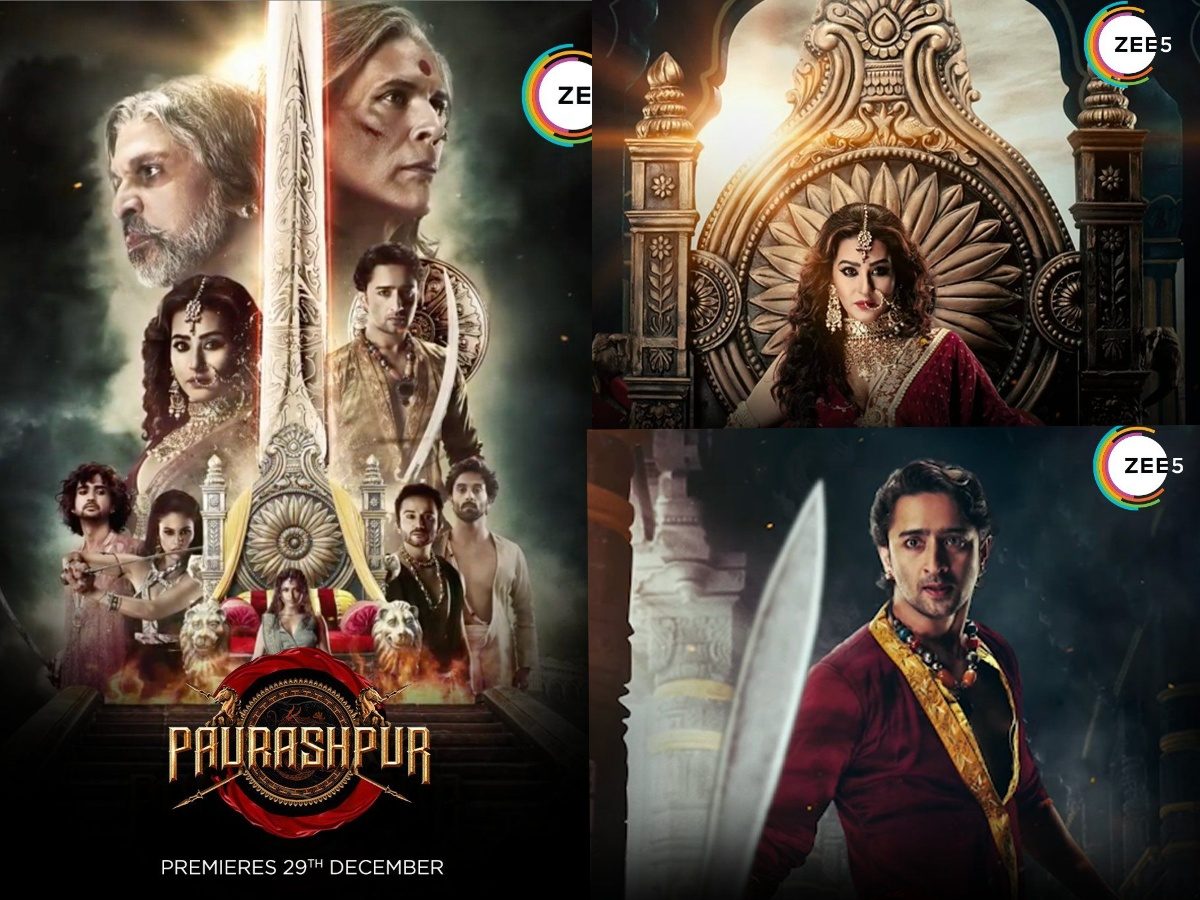 Zee5 and Alt Balaji have had a great year in the form of 2020, as Zee5 devoted themselves towards the regional content and casual mainstream flicks, which garnered huge acclaim from viewers as well as critics. Alt Balaji too has had a decent run this year all thanks to their romantic drama Bebaakee which was showered with tremendous amount of love from the audience. Now as the year near to the end, Zee5 and Alt Balaji wants to end 2020 on a serious high note and for that they’re all set with their upcoming period drama Paurashpur.

There have been instances from the trailer where the show delves into how women are treated like an object of lust by the King which ultimately motivates these women to fight for their rights by going to any lengths and performing measures.

1. The show is packed with a powerful starcast which includes – Annu Kapoor, Shilpa Shinde, Milind Soman, Poulomi Das, Sahil Salathia, Shaheer Shaikh, Flora Saini, Aditya Lal and others. Several of the actors as current sensations of social media and enjoy a huge fan following which already gives the show a huge reach among the audience.

We’ve always been a sucker for period dramas and with Paurashpur, the visuals are just a treat for the eyes. The beautiful cinematography from the trailer entices the viewer to watch the show.

There have been very less web series’ from recently which have focused solely on women empowerment and here Paurashpur is showcasing how women who were facing the same torture from the hands of the males of Paurashpur finally stand up for their rights. And for that they’re willing to go to any lengths.

Hence, Zee5 & Alt Balaji’s Paurashpur looks all set to end 2020 on a high and now it all depends on how the series turns out. Paurashpur arrives on 29th December 2020.