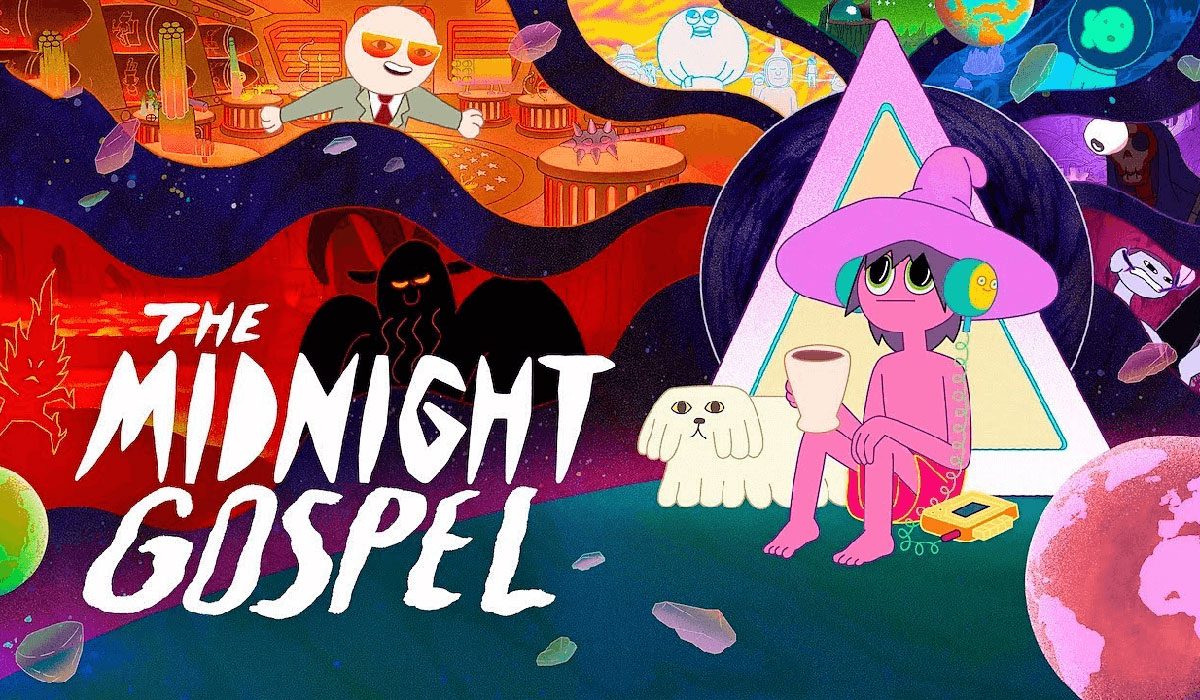 When the pandemic was in “full rage mode” back in April 2020, a seemingly, just-another-anime series, ‘The Midnight Gospel’ dropped on the 20th of the aforementioned month. But it turns out, the adult animated American web series was anything but just another ordinary animated series. Set in a completely different dimension, this “trippy” adult series asks a lot of philosophical questions – about life, death, existentialism, pain and forgiveness among other things.

Created by fantasy animated television series, ‘Adventure Time’ creator Pendleton Ward and stand-up comic Duncan Trussell, The Midnight Gospel is set in a completely different dimension and starts its main story on a membranous, tape-like planet known as the Chromatic Ribbon. In this brilliant new series, we follow spacecaster Clancy Gilroy as he uses an unlicensed multiverse simulator to travel to strange and unknown new worlds, which are on the brink of disaster and interview some of the residents for his spacecast (we are guessing it means “Space Podcast”). Each episode revolves around Clancy’s travels with the simulator, to various other planets, with guest actors coming to portray the previously mentioned beings who live in the on-brink-of-destruction worlds.

The Midnight Gospel is currently streaming on Netflix. This makes it Ward’s first animation production for Netflix. Check out the trailer for the series down below: