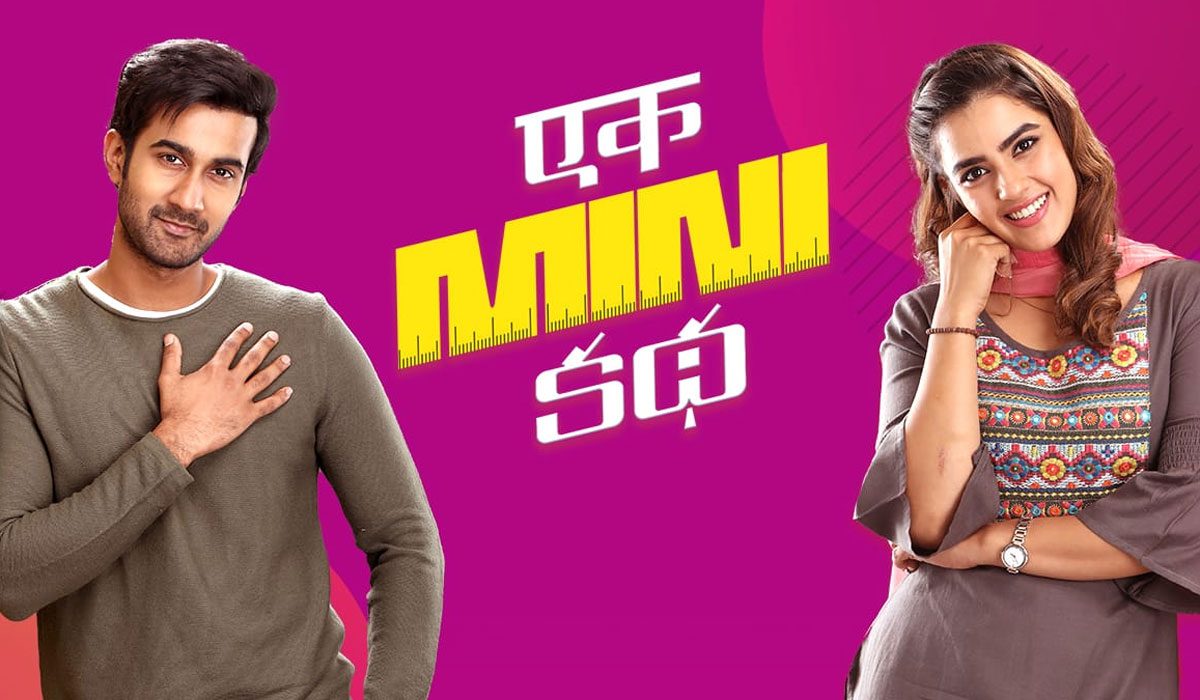 Ek Mini Katha stars Santosh Shoban, Kavya Thapar, and Shraddha Das in the lead roles. It is directed by Kartik Rapolu, written by Sheik Dawood and Merlapaka Gandhi. Ek Mini Katha is a Telugu comedy film. The entertainment industry has had to take a big hit due to the current pandemic situation that is going on and many of the producers of the mid-budget films cannot hold on for much longer due to their strained financial resources at times.

We have seen many of the movies take a direct to digital path due to the grave circumstances in the recent past and according to rumours Santosh Shoban’s ‘Ek Mini Katha’ is in advanced stages to take the OTT route with Amazon Prime.

Santosh Shoban is the son of the ‘Varsham’ movie director ‘Shoban’. Santosh Shoban has worked in films like ‘Thanu Nenu’ and ‘Paper Boy’. He even worked as a child artist in ‘Golconda High school’. Ek Mini Katha seems to be a light-hearted quirky film and was generating quite a decent buzz and the anticipation was certainly there.

The digital platforms have used this time as an opportunity to not only enlist and several new titles that are up for grabs but also create a lot of original content for the younger audiences so that they can increase their subscriber base.

Except for a few major players, the OTT space was almost dormant but it has become so crowded that almost every second week sees the launch of a new platform. The regional players are slowly getting in on this action.

There may be no official confirmation that ‘Ek Mini Katha’ will take the OTT route but it seems like the most probable option in such times.