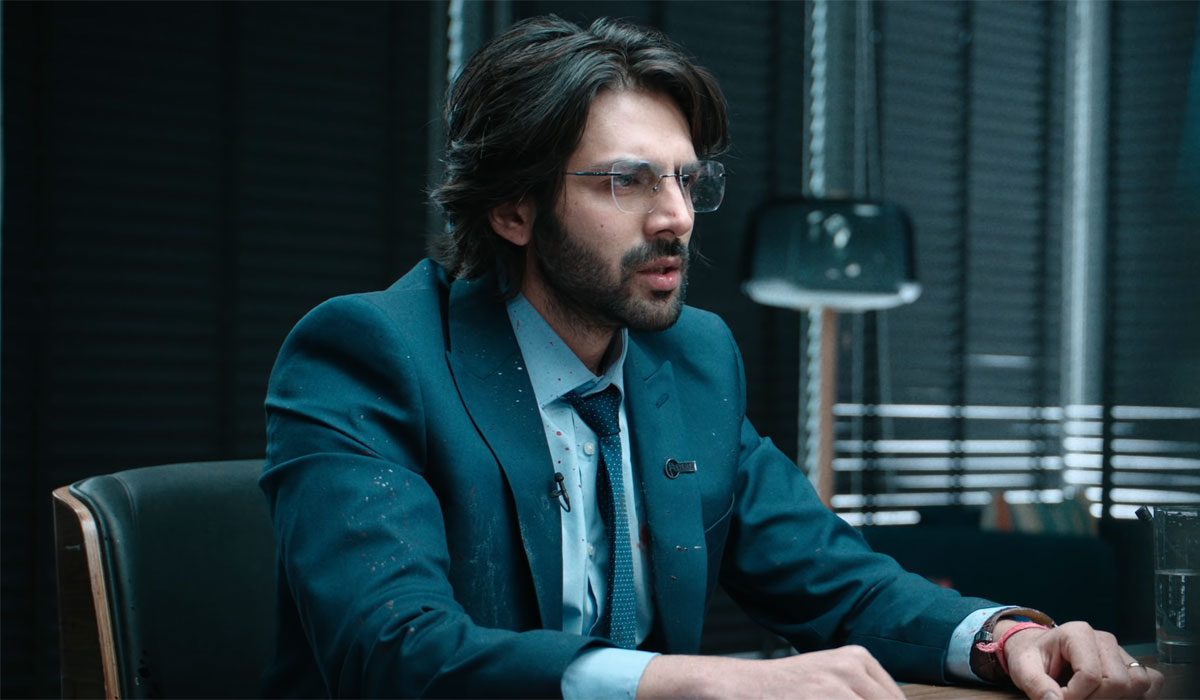 Kartik Aaryan’s ‘Dhamaka’ is coming soon to Netflix and the streaming giant took to social media to announce the film by dropping its teaser video. ‘Dhamaka’ marks the OTT début for ‘Panchnama’ actor and is the official remake of the 2013 South Korean film ‘The Terror Live’.

The teaser released shows Kartik Aaryan as Arjun Pathak, who is seen as a news anchor working for a channel called Bharosa 24/7. The teaser begins with Arjun getting anxious and paranoid and wants the cameras to be shut but the director (Amruta Subhash) insists him to carry on, engage the audience and to finish what he started.

We can later see Arjun first practicing and then giving the take by introducing himself and saying that he will only speak the truth. The teaser surely justifies the movie’s name and is an absolute blast. It’s intensity raises the curiosity and is quite intimidating for the audience.

‘Dhamaka‘ is directed by National Award winning director Ram Madhvani (‘Neerja’, ‘Arya’) and the story revolves around a news anchor who gets stuck in a difficult situation after an interview with a terrorist and must make the tough choice between his career and humanity.

Through this film audience will get to see the intense side of Kartik Aaryan, who has until now been seen in more charming romantic roles. While Aaryan made his mark with the ‘Panchnama’ franchise and his iconic monologue, he rose to instant fame after the 2018 film ‘Sonu Ke Titu Ki Sweety’. His upcoming projects include ‘Bhool Bhulaiyaa 2’ and ‘Dostana 2’.

The other cast members of ‘Dhamaka’ include Mrunal Thakur (‘Super 30’), Amruta Subash (‘Choked’), Vikas Kumar (‘Aarya’) and Vishwajeet Pradhan (‘Class of ’83’) among others.

The thriller film coming soon to Netflix, has been produced by Ronnie Screwvala’s RSVP Movies and Ram Madhvani Films in association with Lotte Cultureworks, Globalgate Entertainment and Lionsgate.

‘Dhamaka’ is all set to launch soon only in Netflix.

Stay tuned to binged.com for all the latest updates about it!