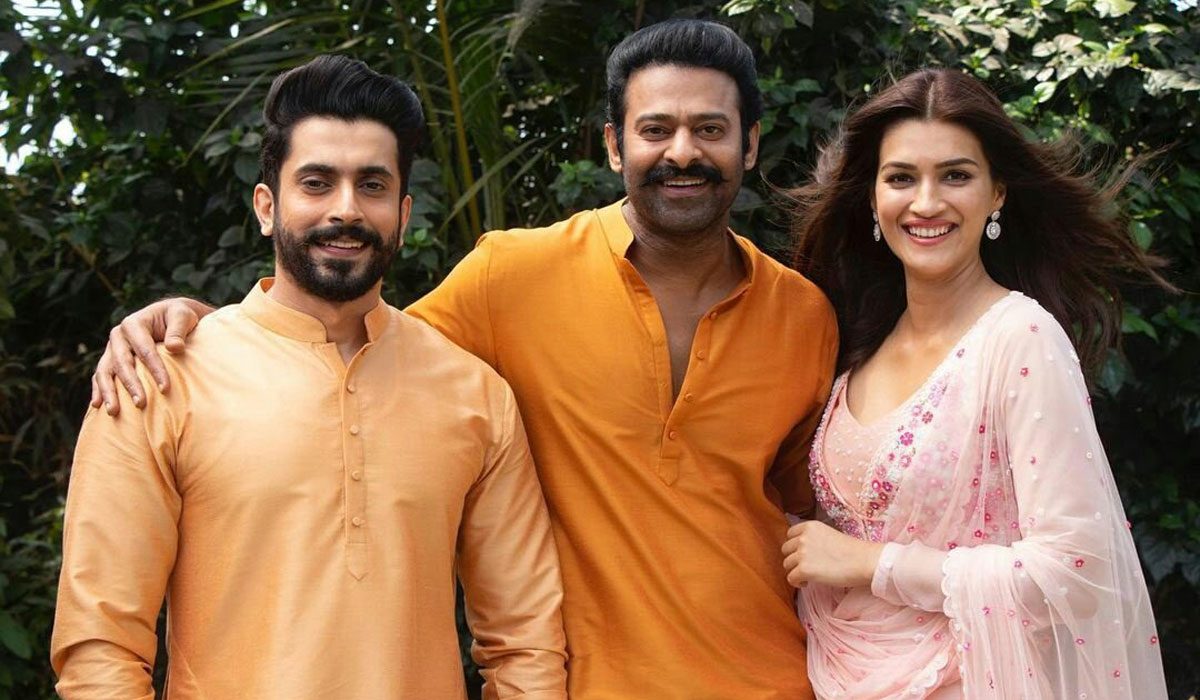 Kriti Sanon and Sunny Singh are the latest additions to the stellar cast of mythological drama ‘Adipurush’. Directed, written and produced by Om Raut (‘Tanhaji’), ‘Adipurush’ is a magnus opus based on the Hindu epic Ramayana and stars Prabhas as Rama and Saif Ali Khan as Ravana.

Kriti Sanon shared the news on her social media handles through stunning pictures with co-stars Prabhas and Sunny Singh and director Om Raut. In the description she wrote, “A new journey begins.. #ADIPURUSH ❤️ This one is too special.. Proud, honoured and beyond excited to be a part of this magical world.. ✨🙏🏻”

While Kriti (‘Bareilly Ki Barfi’, ‘Lukka Chuppi’) will reportedly play the role of Sita in ‘Adipurush‘, Sunny (‘Sonu Ke Tittu Ki Sweety’) will be seen as Lakshmana. Though it was speculated for a quite a time now that Kriti would join the cast of the epic film, this announcement finally puts an end to any further doubts and rumours.

‘Adipurush’ marks the first straight Hindi début of Prabhas and is produced by Bhushan Kumar, Krishan Kumar, Prasad Sutar and Rajesh Nair alongside Om Raut. The film is simultaneously being shot in Hindi and Telugu languages and 3D version. The production companies behind ‘Adipurush’, that began shooting in February, are T-Series Films and Retrophiles.

A multi-crore tentpole project, ‘Adipurush’ is scheduled for release in cinemas on 11th August 2022, that is around Independence Day. Other than Hindi and Telugu, the film will have dubbed versions in Tamil, Kannada and Malayalam.