Home News Must Watch: Into The Mind Of Bong Joon-Ho Through His Movies 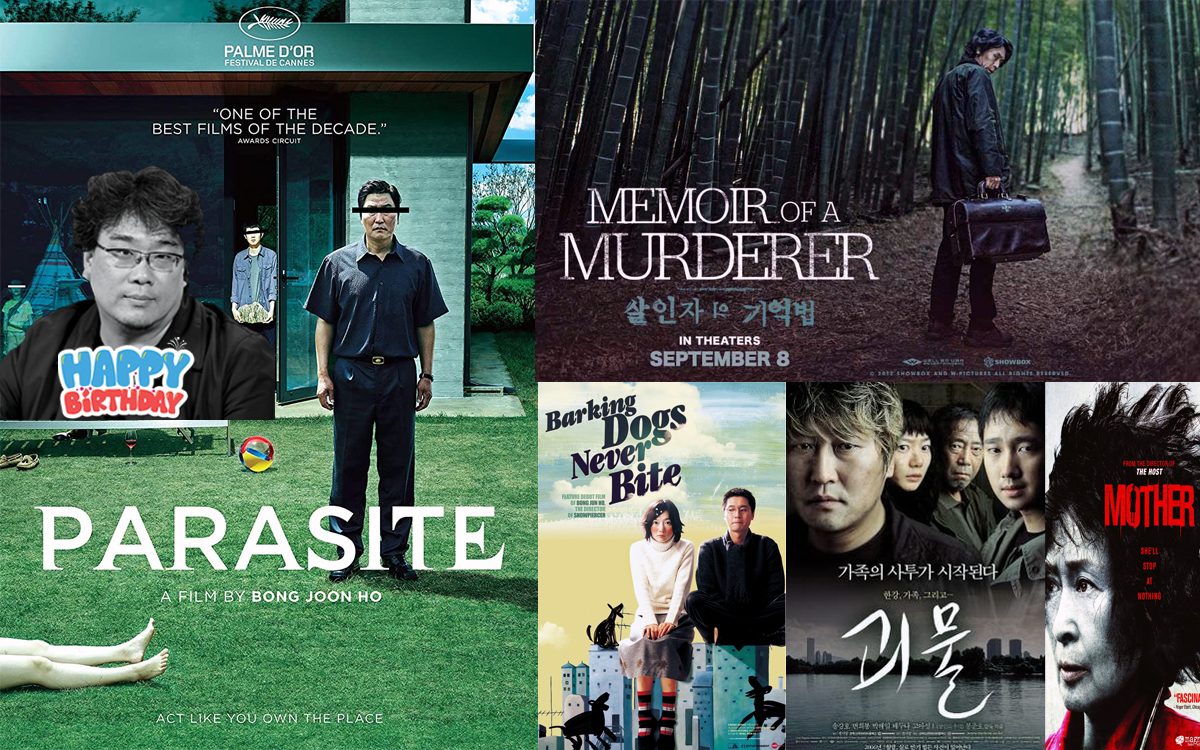 Bong Joon-Ho made Oscar history when his latest hit film, Parasite, picked up a clutch of rewards at the Academy Awards 2020, including Best Picture, Best Direction, International Feature Film and Best Writing (Original Screenplay). In the process, Parasite became the first non-English language film in Oscar history to win the Best Picture Oscar.

Many of today’s audiences may have become acquainted with the exceptional talent of the Korean writer – director – producer only now. But Parasite is only the crowning glory in a career studded with stunning movies, ever since he made his debut in 2000 with the movie, ‘Barking Dogs Never Bite’.

Here we bring you the list of every Bong Joon-Ho movie, and in the process, hope to delve into the mind of the staggeringly talented filmmaker. Read on –

Bong Joon-Ho is a keen observer of the class differences prevalent in society, and translates them expertly into his movies. His first ever movie, Barking Dogs Never Bite, gave subtle insights into these very class differences, with its decidedly different narrative. A young unemployed graduate (Lee Sung Jae), struggling with multiple issues, gets annoyed with the incessant barking of a dog in his apartment complex. He embarks on a horrific mission to get rid of the barking dog. His decision triggers events that cause unhappiness, death and destruction for a number of people. But, like Parasite, the dark comedy ends on a happy note.

Barking Dogs Never Bite is a dark comedy with heavy doses of satire and the capability to horrify.

Memories Of Murder is an out and out crime thriller. Some consider it Bong Joon-Ho’s best film till date, even better than Parasite.

Song Kang-ho and Kim Sang-kyung star as Korean police detectives, Detective Park and Detective Seo, respectively, who have to solve a case involving serial murders. The movie is based on real serial murders — upwards of ten murders — that occurred in South Korea between 1986 and 1991.

The movie is a mix of terror, horrifying murder sequences, humour and the frustration of the detectives at the difficulties involved in investigating the murders, all of which take place in rural areas.

Memories Of Murder is stellar filmmaking. Some even say David Fincher’s Zodiac took a leaf out of Bong Joon-Ho’s serial killer masterpiece.

The Host is a compelling monster film, along the lines of Godzilla. It is based on a true even when a US Military man ordered his Korean assistant to dump thousands of gallons of harmful chemicals into the drain. In the movie, this gives rise to a monstrous amphibious creature, who emerges from the water and kills scores of people. It even kidnaps the daughter of a middle class man. Horrifyingly, the creature is shown to hang upside down like a bat under a bridge over sewers.

Mother is an excellent piece of filmmaking, again delving into class divides as it weaves a compelling story of an aging Korean woman who takes it upon herself to proof her son innocent of murder.

In a small Korean village, a widow (Kim Hye-ja), who’s a herbalist, lives with her mentally underdeveloped teenage son Yoon Do-joon (Won Bin). When a young girl is murdered, the cops find it easy to pin the crime on Yoon Do-joon. When cops, lawyers and the judicial system refuse to hear her pleas, the mother embarks on a mission to clear her son’s name.

Bong Joon-Ho brings into play subtle use of the rich – poor divide, and how the poor are deprived of a good shot at justice. The solving of the murder itself is a thrilling piece of storytelling.

Bong Joon-Ho’s Snowpiercer was one of the finest movies of 2013, much-appreciated for its premise, and the performances of leads, Chris Evans and Tilda Swinton. It was also Oscar-winning director Bong Joon-Ho’s first English language feature.

A climate experiment to control global warming goes terribly wrong, triggering a second ice age and transforming the world into a frozen wasteland. Snowpiercer is set seven years after the event, and follows the remnants of humanity who inhabit a gigantic, perpetually moving train that constantly circles the globe. One round that the train, called Snowpiercer, makes across the globe is marked as one year on the train.

Survivors on the train are separated into the various compartments, on the basis of the class and social positions unique to the train. The front, opulent compartments are reserved for those who are placed higher in the social hierarchy of the train. Lower social order humans languish in squalid conditions in the tail of the train, even resorting to cannibalism to stay alive.

The movie is a dystopian thriller, which questions class warfare, social injustice, and the politics of survival. It casts a piercing look at the classism and cruelty that drives humanity.

Okja has a very unlikely story at its core, one that will shock you with its play between tenderness and brutality.

A profit-driven company spawns a breed of genetically modified super pigs, handing them over to farmers across the world to care for and nurture. After ten long years, they want their very best pig to be showcased in New York City. But there’s a problem. The very best pig, named Okja, has become bonded so closely with his carer, a young Korean girl named Mija (an amazing Ahn Seo-hyun), that it becomes difficult to tear the pig away from Mija. But the egoistic, self-obsessed CEO of the company wants to bend the animal to his will.

With Okja gone, Mija launches a plot to get him back. The events that follow are dark, thrilling and heart-rending, and sometimes, more than a tad horrifying.

Okja is Bong Joon-Ho’s take on tender relationships between humans and animals, at the same time, the blatant commercialism and consumerism that drives modern business.

Parasite is a dark and gripping satire on social inequality, the rich-poor divide and the apathy that the rich have towards the poor and their problems. It showcases these points through brilliant and humorous storytelling.

The Kim family is poor but upwardly mobile. The son of the family, Ki-woo Kim lands a job with the wealthy Park family to teach their daughter English. Pretty soon, by employing lies and deceit, Ki-woo first brings in his sister Ki-jung into employment with the Park family, and then father Ki-taek and mother Chung-sook too gain entry into the Park household by posing as an expert driver and a competent housekeeper, respectively.

They pretend to be unrelated and strangers to each other. They earn the trust of the Park family, but a horrifying twist towards the end of the story shatters all that they’ve fought so hard to achieve.

Parasite displays smart storytelling, deep insights and compelling plot setpieces. It is, needless to say, one of Bong Joon-Ho’s finest.