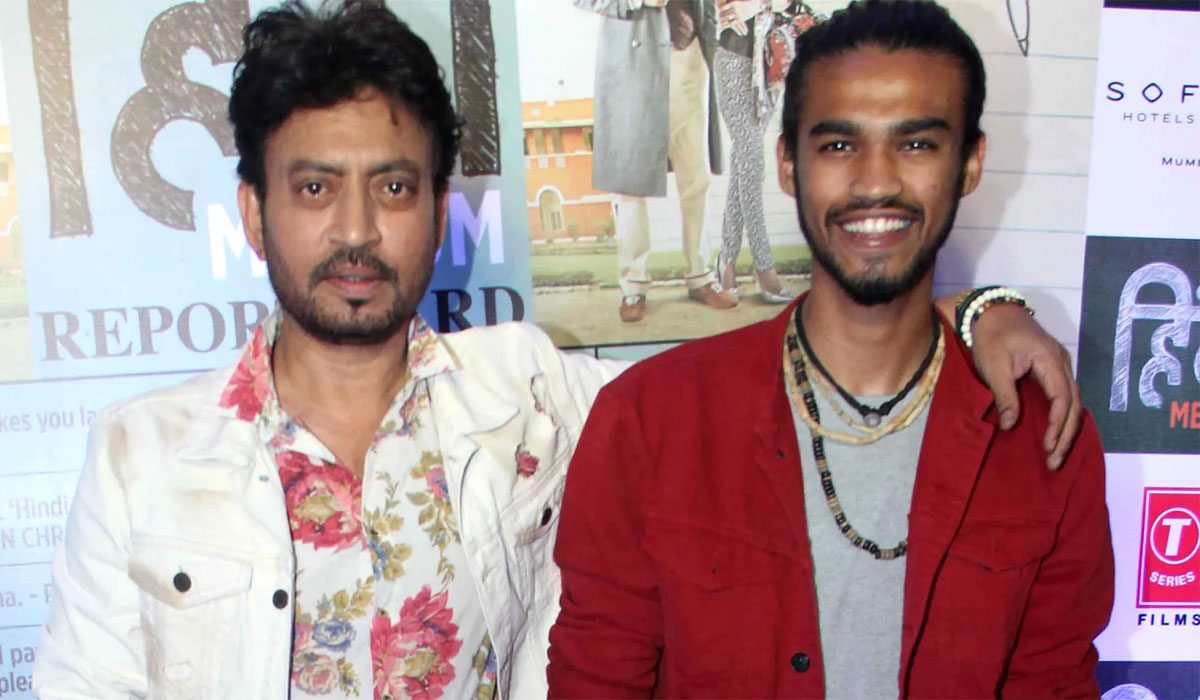 Late actor Irrfan Khan‘s son Babil has landed himself the dream debut in the film industry. Anushka Sharma, who’s gradually morphed into an insightful and ingenuous producer of highly inventive films, has cast the unassuming aspiring actor in her next film, Qala. The film is being directed by Anvita Dutt, who’s earlier directed Bulbbul for the actress-producer’s production label, Clean Slate Filmz. Qala will premiere on Netflix as a Netflix Original film.

Babil’s co-star in the film is pretty and talented actress Tripti Dimri, who impressed all and sundry with her enigmatic witch-woman turn in Bulbbul. Versatile actress Swastika Mukherjee also stars in a crucial role in the film. Mukherjee is on a roll these days, with a slew of excellent performances in the OTT space.

The passing of versatile acting maven Irrfan Khan has left a gaping void in the Indian film industry which cannot be filled by the best of actors. And yet, when one sets sight on Babil, the late actor’s son, one is instantly transported to the days of yore, when Irrfan was just starting out in the film industry. The young lad bears an uncanny resemblance to his father, especially in shots where Babil is seen in a pensive mood.

Maybe, just maybe Babil will be able to take his father’s place in the industry, provided he doesn’t let fame and hangers-on blindside him from his ultimate aim – to take forward the legacy of his father that fate cruelly cut short.

Netflix has just released a short teaser, announcing Qala as a Netflix Original film, along with giving viewers tiny glimpses of the shoot taking place in what seems like Kashmir. The teaser is accompanied by the caption,

“From the creators of Bulbbul, Clean Slate Filmz and Anvitaa Dutt, we bring you #Qala, a Netflix Original film. Qala will be here soon to share her story of her fight for a place in her mother’s heart.”

Here’s the teaser from Netflix India –

From the creators of Bulbbul, Clean Slate Filmz and Anvitaa Dutt, we bring you #Qala, a Netflix Original film. Qala will be here soon to share her story of her fight for a place in her mother's heart. pic.twitter.com/nPwIX7yF45