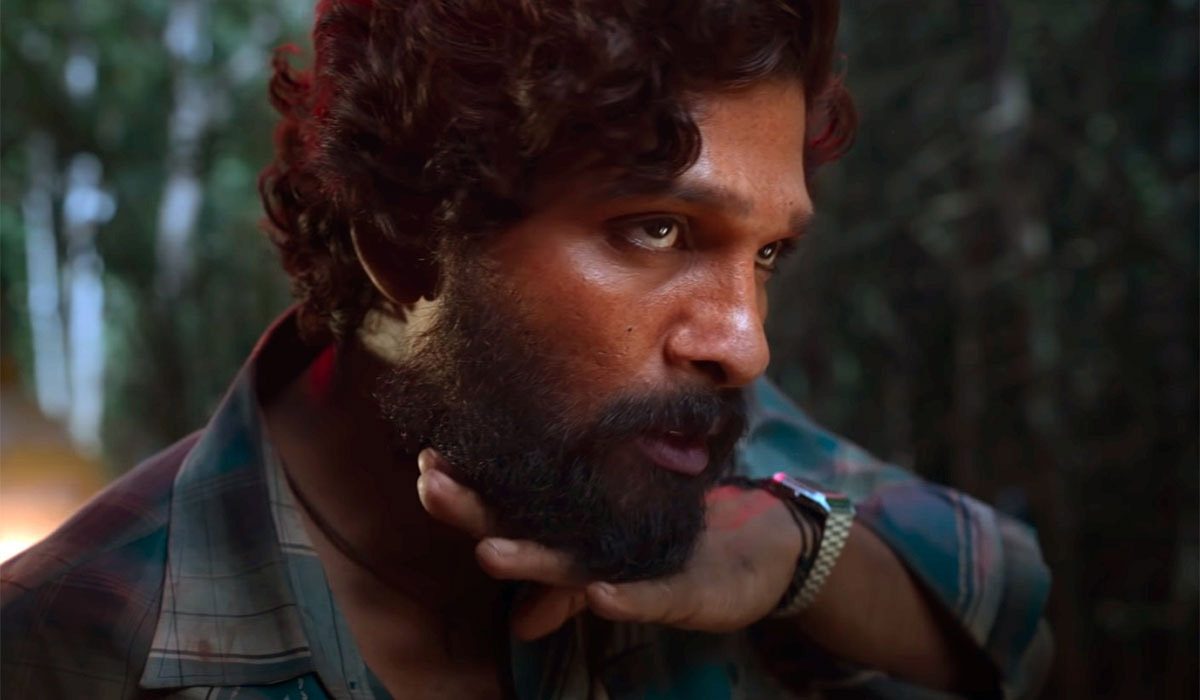 On the eve of Telugu star Allu Arjun’s 38th birthday (which is on 8th April 2021), Mythri Movie Makers finally dropped a first look teaser of ‘Pushpa’ which features the aforementioned Telugu star. Mythri Movie Makers is producing this upcoming theatrical release alongside Muttamsetty Media and it is expected to be an action thriller. But at an initial glance, it looks like the teaser is glorifying sandalwood smuggling, red sandalwood in particular, which is a major issue currently being faced by both the Telangana and Andhra Governments. Is that what’s happening here, or is there some other hidden angle playing out here? Check out the teaser at the end of this article.

Like most South Indian movie teasers, this video does not reveal much of the plot of the movie, but we do know that it revolves around red sandalwood smuggling AKA red sanders smuggling. The teaser of the film starts off with a scout waiting for the coast to get clear before he signals the crew of smugglers to smuggle the illegal sandalwood. It looks like this operation is being run by Allu Arjun’s character. They cut the precious resource from the trees and transport it, while avoiding the police and beating up rival smugglers and thieves, who come to steal their hard-earned (yet stolen) property.

So what are red sanders and what is special about them? Red sanders are a rare kind of sandalwood (Scientific name: Pterocarpus santalinus) that grows only in the Palakonda and Seshachalam hills, with sporadic growth in a few places like Kurnool, Prakasam, Anantapur and Nellore districts in Andhra Pradesh. The wood in particular is not that widely used in India, but it has a huge international demand – especially in the Middle East and South East Asian countries. One tonne of ‘A grade’ quality red sander logs fetches the seller anywhere between Rs 1 to 1.5 crores and even the prices of the lower grade wood range between Rs 25 to 50 lakh in the international market. The red sander smugglings were always ongoing, but the amount of money involved and the depth of corruption within the Andhra police and forest department was only discovered in 2017, with a majon kingpin from Tamil Nadu getting caught last year.

In light of this very contentious issue, we do not know if glorifying the act of red sander smuggling is the way to go about spreading the message. With red sanders now down to less than 50% of its original number thanks to two decades of almost religious smuggling, even for the sake of a story, this will only make people more ignorant of the larger issue at hand.

But we have not seen the full movie yet so we cannot actually judge what the message of the movie is going to be. Perhaps Allu Arjun’s character might be an undercover cop, while the main villain (portrayed by Fahadh Faasil) would be the one behind the actual smuggling; pure speculation though. But the teaser does not look promising, in that regard, even if it was an action-packed, heavily-stylized 80 second promotional video. For now, we will have to wait for the movie to premiere on the silver screen before we pass judgement.

Pushpa will release in theaters during Independence Day weekend, on 13th August 2021.