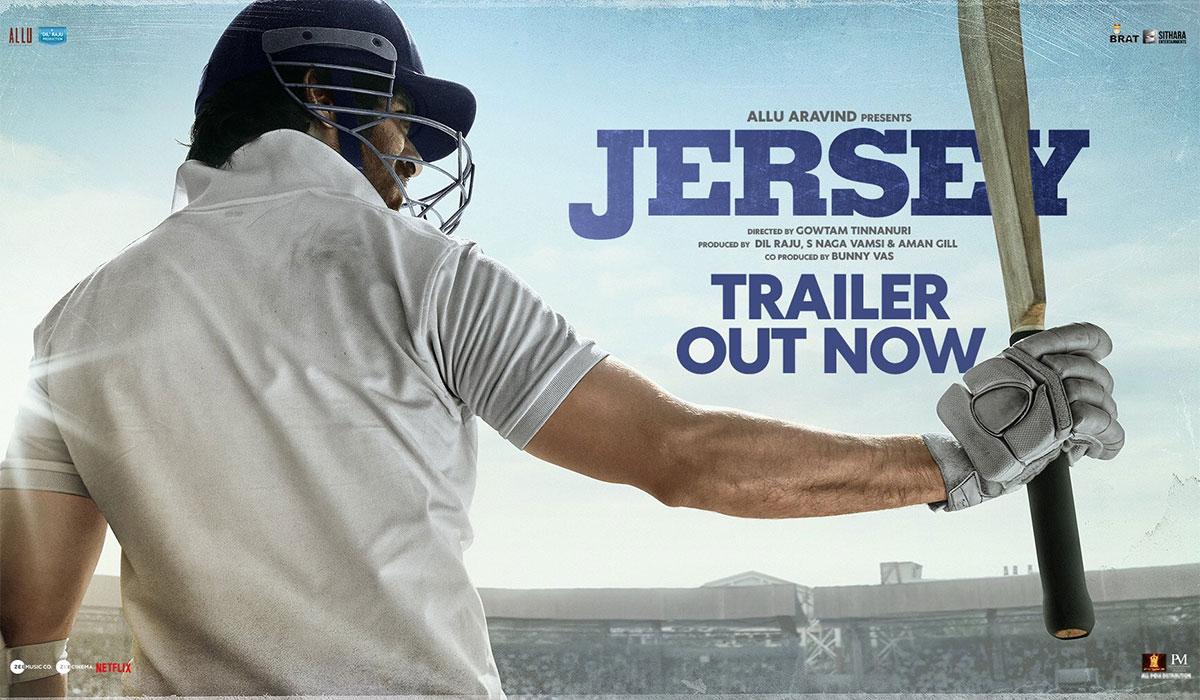 The much-awaited trailer of Jersey is finally here. Shahid Kapoor is playing the role of a broke man who was a highly talented batter in his days.

It is absolutely certain that Shahid Kapoor is a tremendously talented actor. He has proved this again and again throughout his career but got recognition only after the infamous yet popular Kabir Singh.

Jersey is the story of Shahid being a father of a young boy who is also interested in cricket. His son asks him for a new Jersey that is expensive. As a father Shahid is trying really hard to purchase a Jersey for his son. For that, he steals money from his wife’s wallet that leads him to suffer humiliation in his marriage.

But, things turn out in a way that Shahid again starts to involve himself in cricket. There was a vacancy for a coach in some cricket club that he eventually joined. What follows next is the rest of the film that we will be able to enjoy on the 31st of December this year.

The most baffling thing about this trailer is the fact that the looks are extremely similar to what we saw in Kabir Singh. Not only that, but the way he screams is something that is giving us the vibes of Kabir Singh.

The bigger question is, is it right to milk a film like that? Whether Shahid will do something different than what we saw in Kabir Singh will be clear on the 31st of December.

Till then, stay tuned.