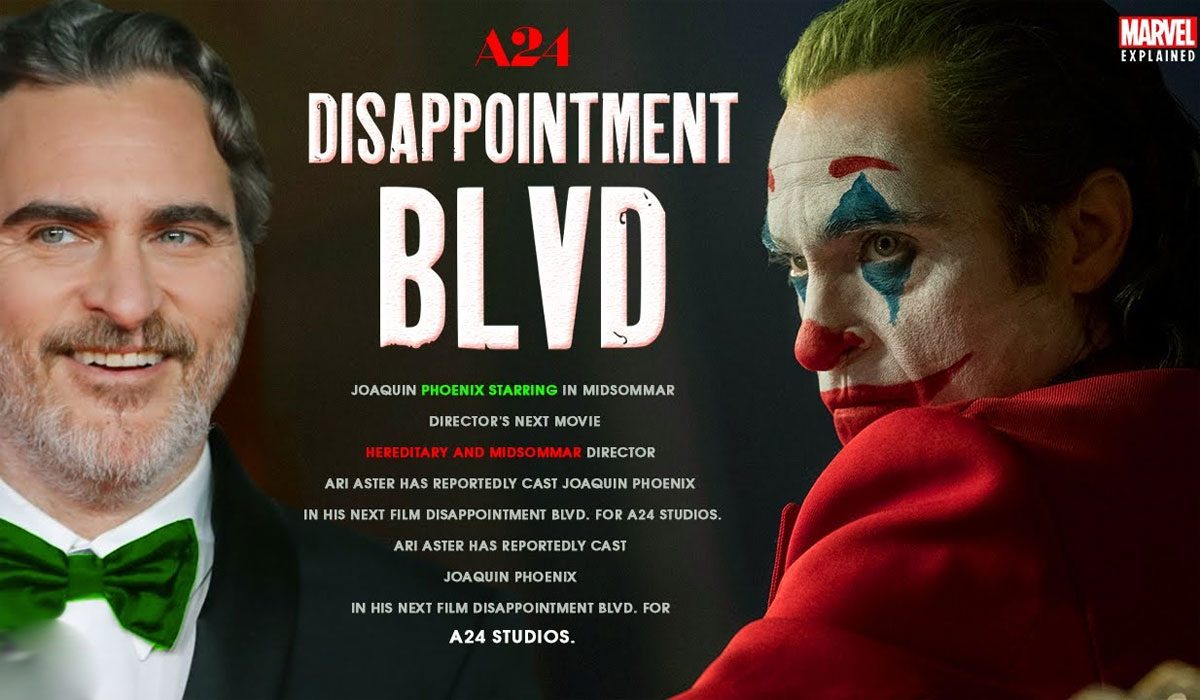 The film which was earlier titled ‘Beau is Afraid’, is being helmed by filmmaker Ari Aster and purportedly being produced by the independent entertainment company A24.

An American Film Institute graduate, Ari Aster is known for making the two unsettling and violent horror feature films ‘Hereditary’ (2018) and ‘Midsommar’ (2019). Both these films were praised by critics besides gaining commercial success.

‘Disappointment Blvd.’ is slated to be Phoenix’s next project after the 2019 film ‘Joker’, in which he was immensely praised for playing the titular character with admirable intensity.

Phoenix had unsurprisingly won an Oscar Award for ‘Best Performance by an Actor in a Leading Role’ in Todd Phillips’s version of a failed clown’s origin story. The Puerto Rican-American actor boasts an impressive repertoire of work.

He is well known for his work in acclaimed films such as Ridley Scott’s ‘Gladiator’, James Mangold’s biographical drama ‘Walk the Line’ (where he adeptly played the musician Johnny Cash), the hard-hitting drama ‘Hotel Rwanda’, romantic sci-fi flick ‘Her’ and the western drama film ‘Sisters Brothers’.

While not much is known about the details regarding his upcoming film ‘Disappointment Blvd.’, it is being roughly described as an intimate, decades-spanning portrait of one of the most successful entrepreneurs of all time.

It is interesting to observe that Ari Aster had earlier made a short film titled ‘Beau’ back in the year 2011, whose title bears a striking similarity to his upcoming film’s former title – ‘Beau is Afraid’.

While the short film was a seven-minute comedy-horror flick which revolved around a middle-aged man’s delayed visit to his mother after his keys are mysteriously taken from his door.

However, it is not known or confirmed whether Aster’s forthcoming film will have the same premise, or the similar titles are merely a coincidence.

‘Disappointment Blvd.’ is reportedly being targeted for a 2022 release.