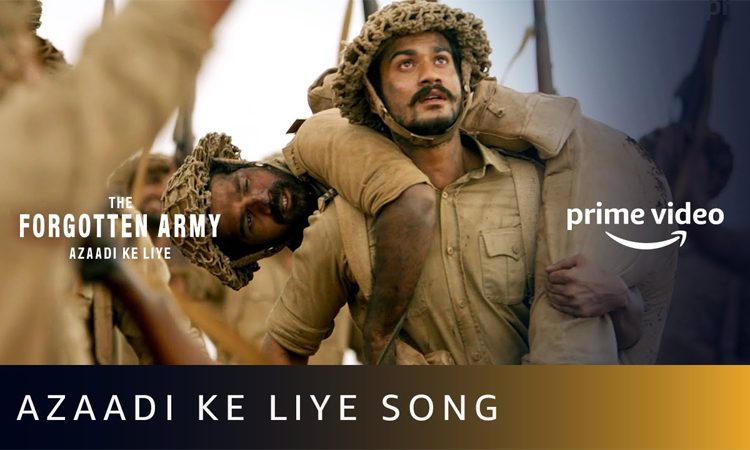 Amazon Prime Video has just dropped the soulful Freedom Anthem from its hotly-anticipated upcoming Original series, The Forgotten Army. Titled ‘Azaadi Ke Liye’, the song is a stirring ode to the bravery and sacrifice of the millions of young men and women who lay down their lives so that India could get her freedom from the British.

The rousing beats of the uplifting number hit like sledgehammers on the heart and mind of the listener, entrenching the song deep into one’s soul. The lyrics of the song are particularly invigorating and galvanising. Shut out the world and listen to the song in peace, and we guarantee your skin will break out in goosebumps.

Who wouldn’t be moved by words such as these?

Azaadi Ke Liye has been written by Kausar Munir and Shloke Lal. The music has been composed by Pritam, while Arijit Singh and Tushar Joshi have sung the beautifully evocative song. It is a song designed to sear the brain and imprint the mind with the power of patriotic fervour. An apt song to listen to, so close to Republic Day.

The Forgotten Army is a web series based on the brave, driven army created by fiery freedom fighter Subhas Chandra Bose. Directed by Bollywood director Kabir Khan, the series stars Sunny Kaushal and Sharvari Wagh in pivotal roles besides an eclectic ensemble cast.