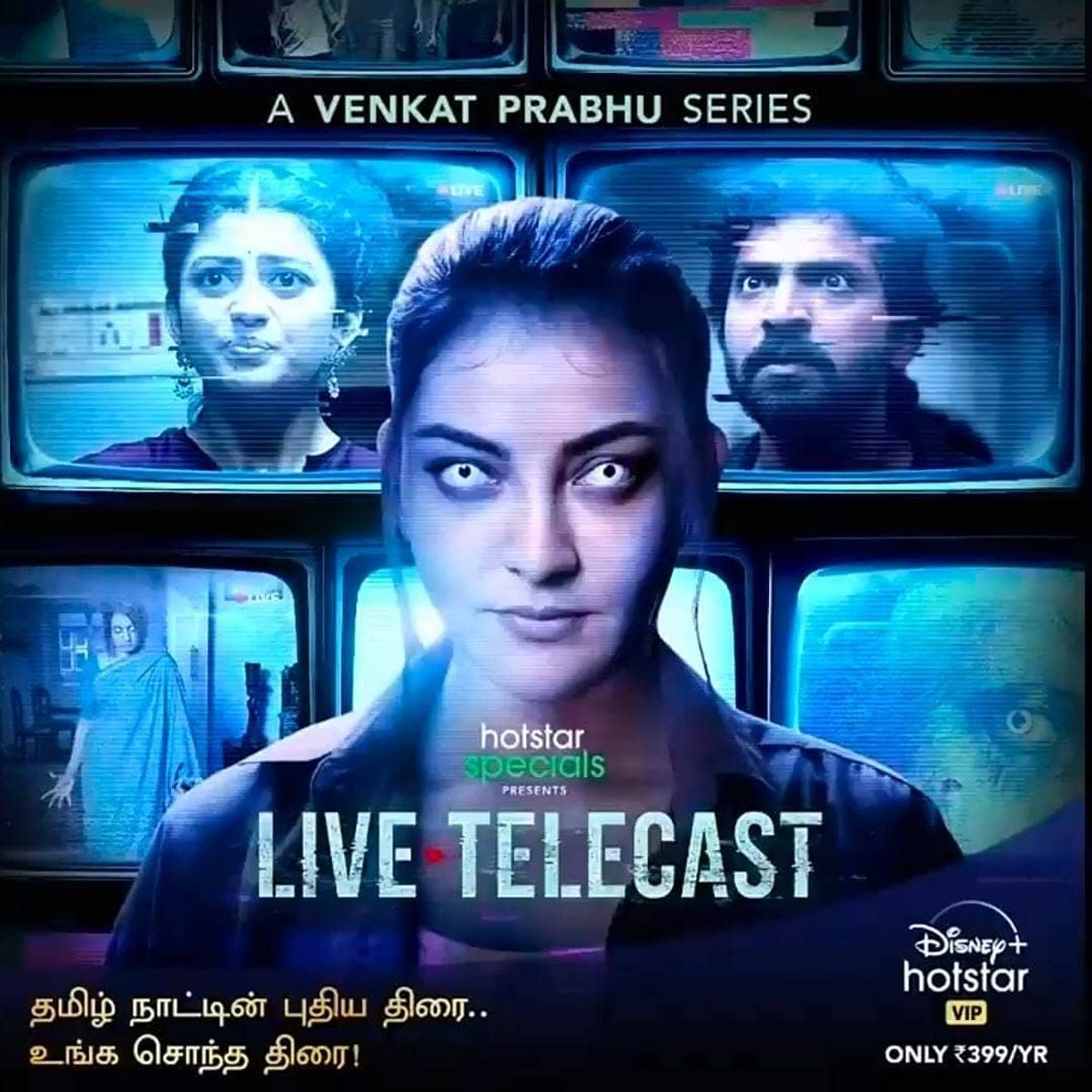 Kajal Aggarwal, one of the popular actresses down the South is all set to make her digital debut with a Tamil Web-Series. The series has been titled ‘Live Telecast’ and is exclusive of Disney+Hotstar. The date of the telecast is yet to be revealed.

The series is also starring Vaibhav and Anandhi. The makers claim the series is a ‘full-fledged horror made for the wider family audience’. The actress looks stunning with artificial eyes in the First Look Poster released while making the announcement. The poster grabs the attention instantly and makes the series worth the wait. It looks like the actress has chosen a character with substance to make her digital debut. There is no word from Disney+Hotstar about the dubbing versions of the series. Maybe they will save them for a release later on.

Kollywood Star Director Venkat Prabhu is wielding the megaphone for this web-series. His name is likely to draw full too attention to this series. Kajal Agarwal is going to get married on the 30th of this month. This is going to be her first release after the marriage. She will also join the shooting of Megastar Chiranjeevi’s Acharya next month. It will be her first shooting assignment as Mrs.Kajal.