Home News ‘Kamathipura’ On Disney+Hotstar: A Dark Mystery-Thriller That’ll Keep You On Edge! 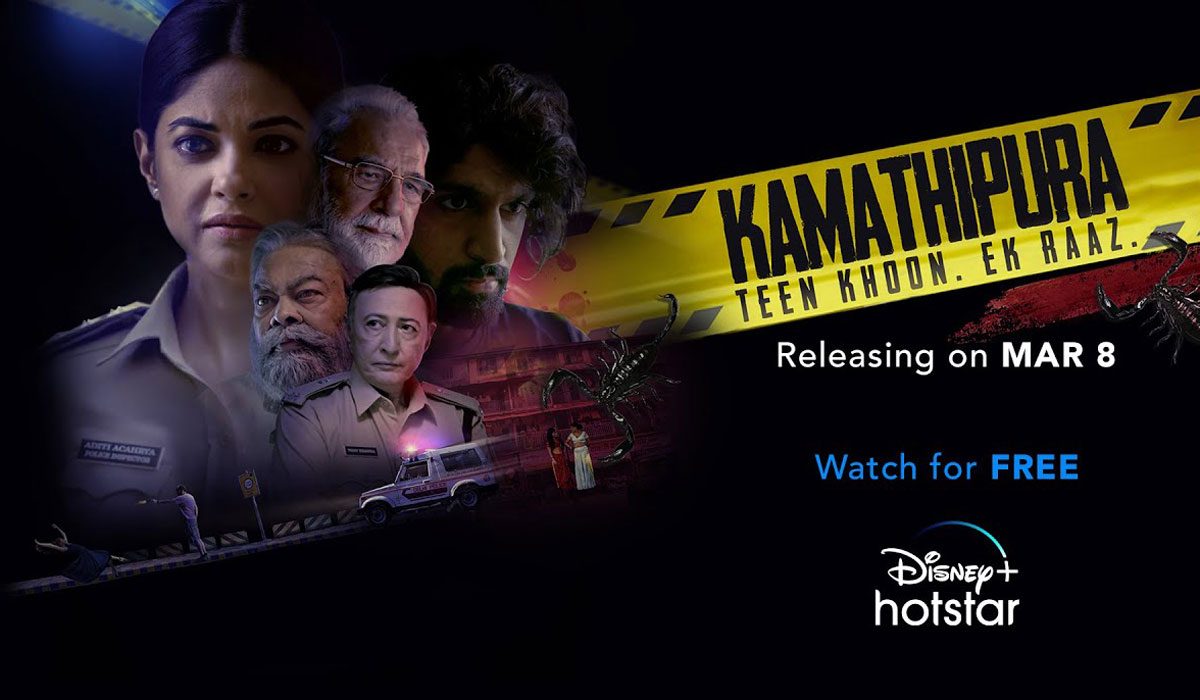 Disney+ Hotstar has dropped the trailer for its upcoming show ‘Kamathipura‘ and it’s all things dark and edgy. The mystery-thriller series will premiere on Disney+Hotstar from 8th March and the most exciting part is that it will be available to stream for free! Yes that means you can watch the series even if you haven’t subscribed to the service.

As per the official description by Disney+Hotstar, ‘Kamathipura’ is a story of two murders and one mystery that takes you right into the underbelly of Mumbai’s crime network – through drugs, extortion, hawala, human trafficking and murder.

The trailer begins with scenes from a brothel and a murder happening and later enters a female investigating officer, played by Meera Chopra, who checks on the victim and finds out a scorpion tattoo on the arm. The officer figures out that the case is linked to another murder case with similar circumstances.

While the investigation is on for the victim’s identification, the police gets hold of a notorious dealer (Tanuj Virwani) who is described as being a whole system in himself. From drug dealing to extortion to hawala, he indulges in every sort of illegal activity.

When the lady officer starts questioning him, he shocks her by questioning about her scorpion nightmares, something that had troubled her for a long time and she couldn’t find the reason why. During further investigation, police is able to identify the girls and finds out that they were associated with the sex business. But a lot of mystery still remains to be answered.

‘Kamathipura’ on Disney+Hotstar is going to be an intense and dark investigative thriller, with a certain psychological angle. It’s a whodunit drama that will constantly keep the viewers on the edge of their seats.

Produced by Raju Raisinghangi, ‘Kamathipura’ will be available to stream for free for all from 8th March 2021.