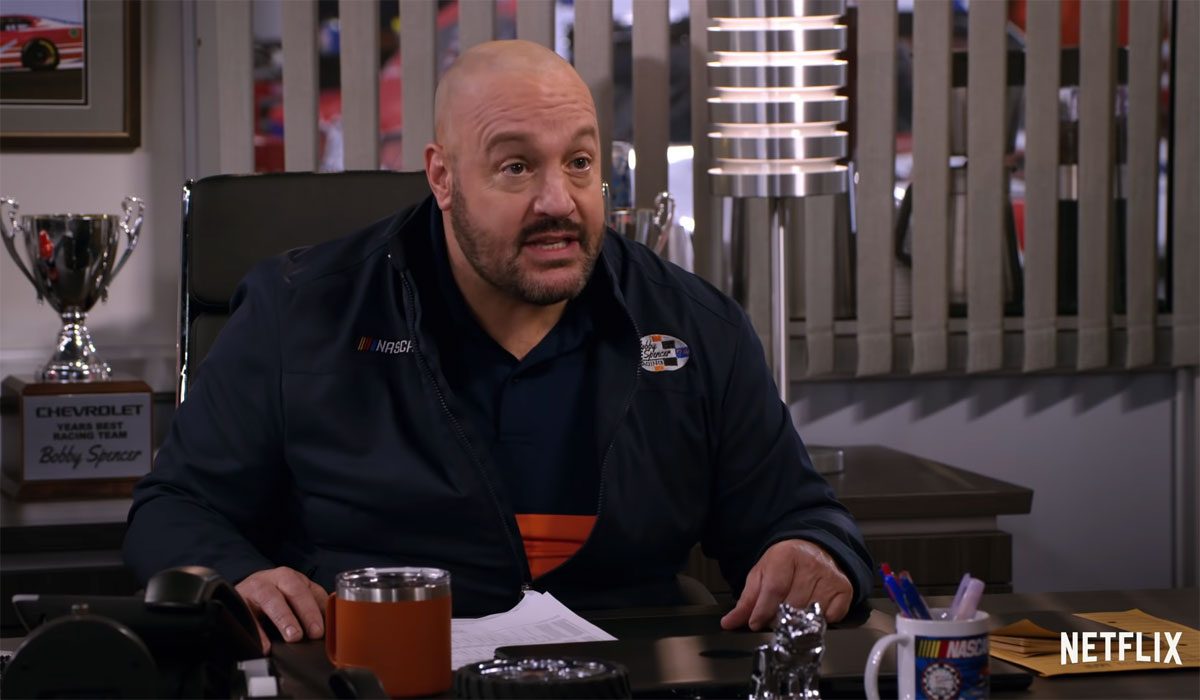 Kevin James’ upcoming American comedy television series is dropping on Netflix next month. Titled The Crew, the web series will be a funny series about an entire team around a down-and-out NASCAR team. The trailer for the sitcom series was announced by The Grown Ups actor himself on his twitter account, earlier today.

The Crew is a series about a fictional NASCAR team Bobby Spencer Racing Team that has been doing pretty badly in the circuit. The management of the crew changes when the owner of the down-and-out franchise decides to pass off his team to his daughter to manage. The new manager goes head-to-head with the crew chief as she modernizes the team while he tries to keep everyone from getting fired.

The trailer for this upcoming sit-com is a funny one, which starts off with a 20 second hilarious short scene. The Crew is made up of many quirky, yet relatable people – Jessie is a young car driver, who is also an air-head, Bobby Spencer – the ex-owner who was a NASCAR driver back in his hay-day and then went on to make his own racing team after he retired, and Catherine is a new, young entrepreneur who is trying to carve a place for herself and her crew and aiming to be the best at what she does. The series is filled with many other such characters. Check out the trailer of The Crew to understand this old-school laugh-track filled sitcom.

Jillian Mueller, Freddie Stroma, Sarah Stiles, Gary Anthony Williams and Dan Ahdoot star alongside James in The Crew. The web series is written by Jeff Lowell who has served as a writer on The Ranch, Two and a Half Men and Spin City. Andy Fickman directed all the episodes and serves as an executive producer alongside James, Jeff Sussman and Todd Garner.

Kevin James starring The Crew is releasing on Netflix for streaming on February 15th 2021. Check out the trailer at the very bottom: