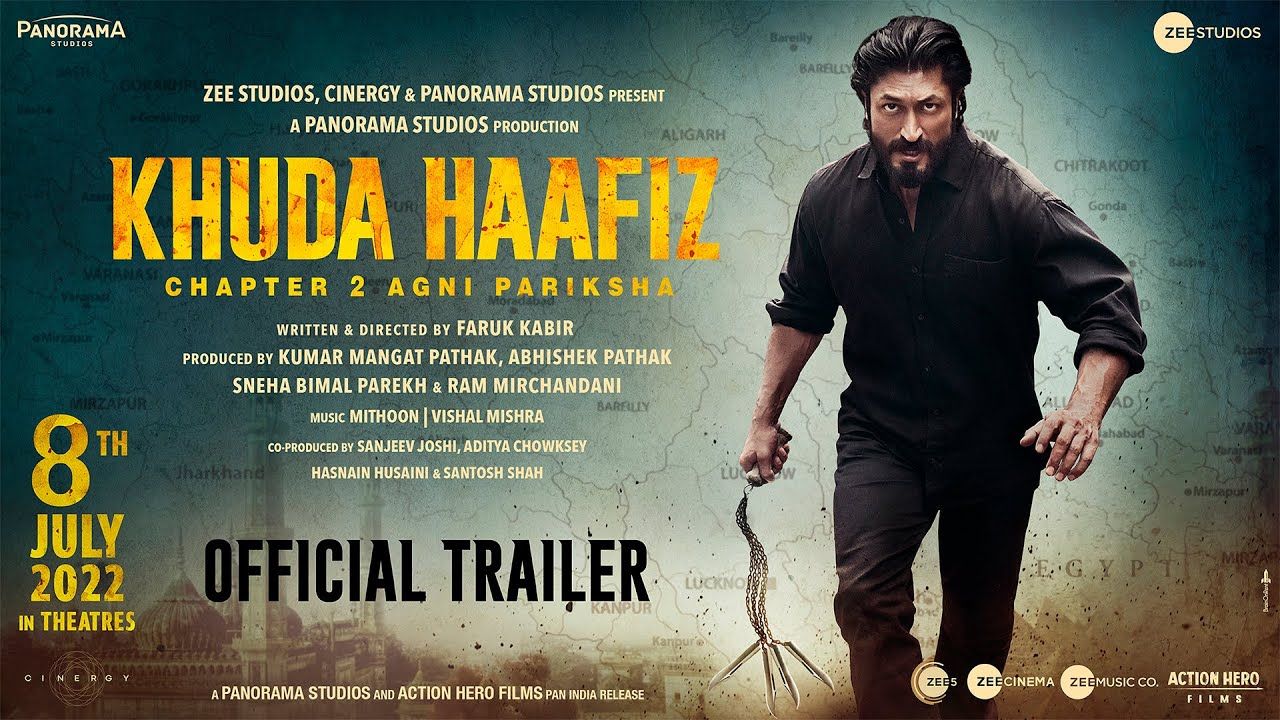 ‘Khuda Haafiz Chapter ll’ picks up after Sameer (Vidyut Jammwal) and Nargis (Shivaleeka Oberoi) are back to India, living a normal life after their tough times in the Middle East.

The trailer begins with Sameer embroiled in a fight inside a prison but from their it soon takes you to the good phase where Sameer and Nargis adopt Nandini who brings back happiness in their lives. While it was all going great, in a bizzare twist of faith, Nandini and one other girl get kidnapped from outside their school.

Sameer assures Nandini and takes it upon himself to rescue their daughter. Turns out Sheeba Chadha’s character orders the killing of the girls and disposing them separately. With little time at his hands to save his daughter Sameer charges all in and is not ready to stop at any cost until he finds his daughter.

Vidyut Jammwal’s action thriller film ‘Khuda Haafiz’ was among the first few to go direct-to-digital on Disney+ Hotstar on 2020. And now it would be the first such OTT film whose sequel, ‘Khuda Haafiz Chapter II Agni Pariksha‘, is now going to release in theatres.

‘Khuda Haafiz Chapter II: Agni Pariksha’ is written and directed by Faruk Kabir who directed the first part as well. Vidyut Jammwal and Shivaleeka Oberoi will return to reprise their roles in ‘Khuda Haafiz 2’. They will be joined by Sheeba Chadha and Dibyendu Bhattacharya among others.