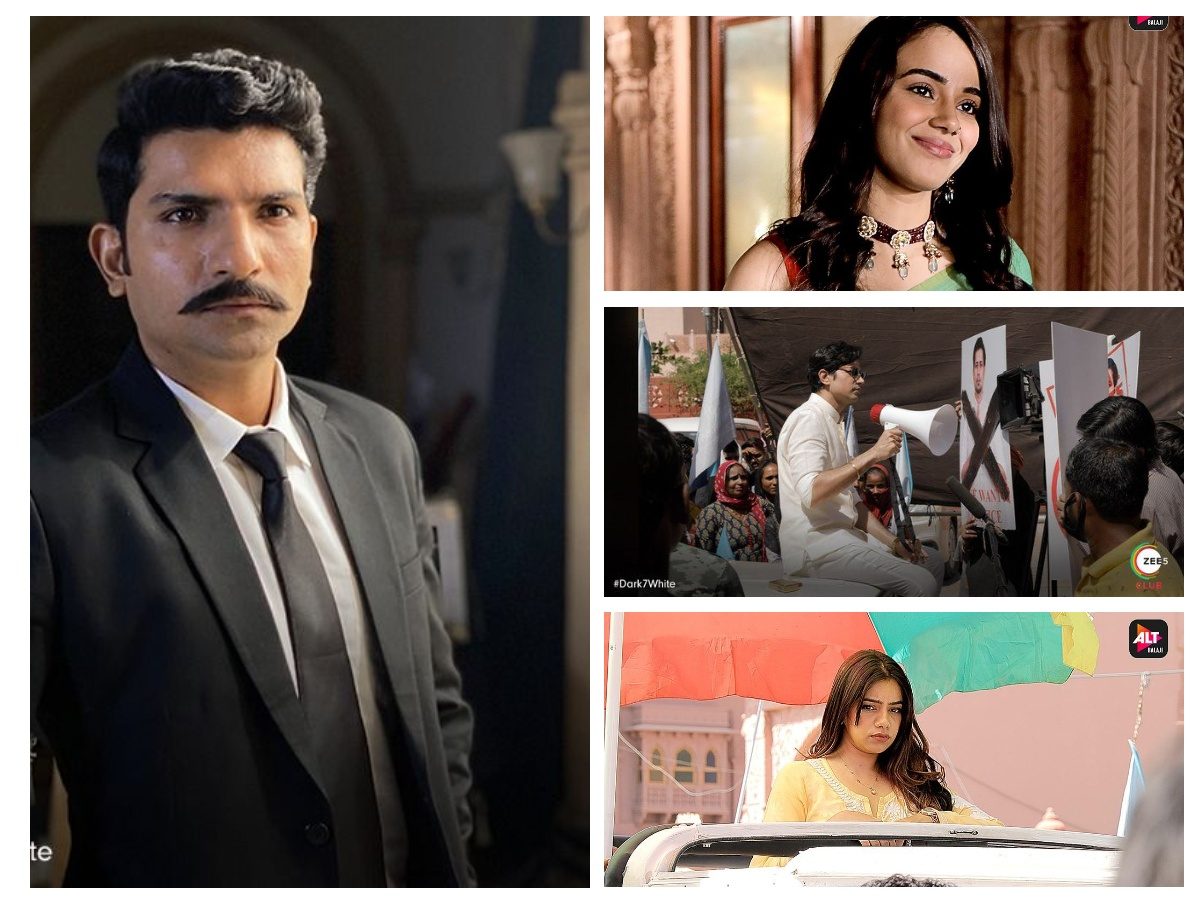 Dark 7 White, an upcoming show that is part of Zee5 and ALTBalaji Club original series, is a gripping political thriller revolving around a murder. Directed by Sattvik Mohanty, Dark 7 White has some amazing actors on board that have made quite a name for themselves in the digital entertainment sector. Let’s introduce you to the characters of Dark 7 White that is going to premiere on Zee5 on 24th November, 2020.

Sumeet Vyas will be seen in the role of Yudhveer Singh aka Yudi, who is his party’s CM candidate. It’s his murder that will bring his friends and family under suspicion during the investigation. Vyas is a well known name in the industry who rose to fame with his web series Permanent Roommates. His other works include ‘The Verdict: State vs Nanavati’, ‘Tripling’, ‘Ribbon’, ‘RejctX’, ‘Veer Di Wedding’ and more.

Nidhi Singh plays Daisy in Dark 7 White. She will be seen opposite Sumeet Vyas with whom she has worked in Permanent Roommates. Singh’s other digital projects include ‘Humorously Yours’, ‘Apharan’ ‘Immature’ and ‘Abhay’.

Jatin Sarna will play the role of ACP Abhimanyu, a strong-headed and alert cop who handles Yudhveer’s murder investigation in Zee5’s Dark 7 White. Sarna is known for his role as Bunty in Netflix’s ‘Sacred Games’. His next big project includes Kabir Khan’s sports drama ’83’ starring Ranveer Singh in the lead.

Monica Chaudhary will play the role of Neelakshi aka Neelu, a bold and beautiful woman who is one among the suspects for Yudhveer’s murder. Monica Chaudhary is known for her characters in films like Apharan and Amriki Pandit.

Taniya Kalra is known for roles in web series like Your Honor, Aasra, False Honor and Udan Patolas. Not much is known as of yet about her character in Dark 7 White but there were reports that she replaced Teena Singh in the series.

Kunj Anand who impressed everyone with his performance in web show Your Honor will now be seen as a youth leader in Dark 7 White. He has been part of many projects both as an actor and as a producer. He has also produced a short film ‘Tramp’.

Rachit Bahal will be seen in the role of Dhaval, another suspect in Yudhveer’s murder case.

A veteran actor Sanjay Batra plays the role of Shamsher, Yudhveer’s grandfather. He too is among the suspects in the show. He was also part of the web show Apaharan.

Sumit Singh plays Shashank Dutta, who is probably linked to politics and Yudhveer in the series. He is another suspect in the murder case of Yudhveer.