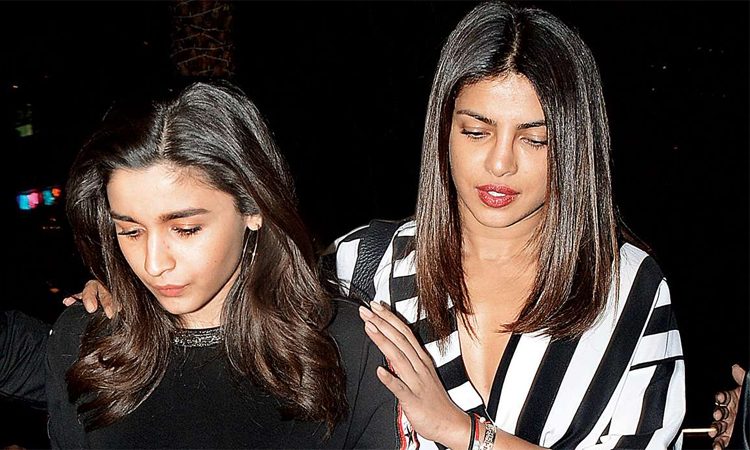 It looks like the biopic on controversial personality, Ma Anand Sheela is charting the same course as her real life. There is a full-on drama and controversy on who will essay her part and who gets to make it.

Two famous names, Priyanka Chopra and Alia Bhatt are in the running to play Ma Anand Sheela in a movie. The former will involve a foreign collaboration which was revealed by Priyanka Chopra. The one featuring Alia Bhatt will be desi-production. Shakun Batra of Ek Main Aur Ekk Tu and Kapoor And Sons fame is to helm the project for Karan Johar’s Dharmatic Entertainment.

Now, Maa Anand Sheela has added to the fire by revealing that, she has not permitted Priyanka Chopra to make her biopic. She further said that Alia Bhatt has the spunk and looks which reminds the younger herself. It makes her an ideal choice for the biopic.

However, unlike Priyanka Chopra, who announced the project earlier in the year, Alia Bhatt has remained silent. She has not confirmed anything about the biopic so far. With her dates full for the entire next year and director also busy with a new project, it might be a while before the Ma Anand Sheela biopic goes on the floor.