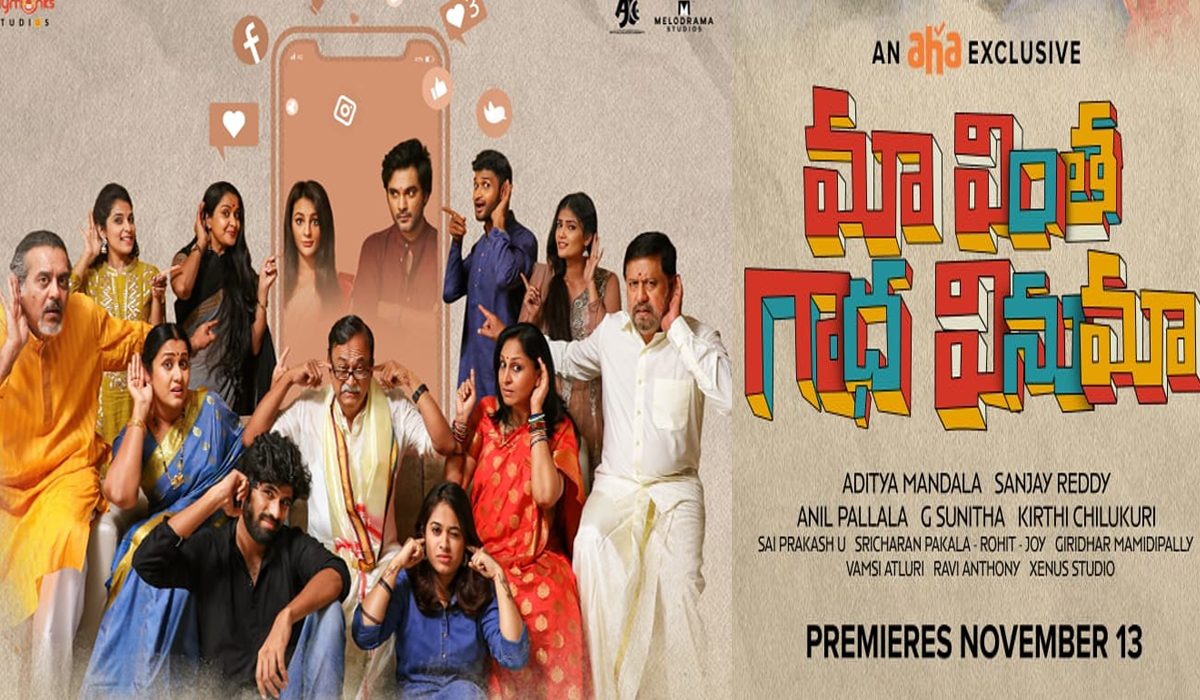 Siddhu Jonnalagadda and Seerat Kapoor after delivering a successful film, Krishna And His Leela for Netflix are coming together for another film and on another OTT platform. Their new film is titled Maa Vintha Gaadha Vinuma and will be streamed on the Regional OTT Platform, AHA.

The movie will have its digital premiere on 13th November as Diwali Special. The movie will have stiff competition from Anand Deverakonda’s Middle-Class Melodies which is going to be premiered on the same day on Amazon Prime Video. Earlier in an interview, Seerat Kapoor told that her character in the film is a typical, no-nonsense Andhra Telugu girl who is both disciplined and career-driven.

Maa Vintha Gadha Vinuma is directed by a newcomer Aditya Mandala. Tanikella Bharani and Kamal Kamaraju are playing crucial roles in this Rom-Com entertainer. Sri Charan Pakala has composed the music for the film.

Meanwhile, Siddhu Jonnalagadda recently signed a film titled ‘Narudi Brathuku Natana’ which will be produced by Sithara Entertainments. The movie will start rolling from Diwali and will be shot non-stop till completion. Keeravani’s son Kaala Bhairava will be composing music for the film. Sitara Entertainments is known for delivering Blockbuster films. So, this is a big opportunity for Siddhu Jonnalagadda.