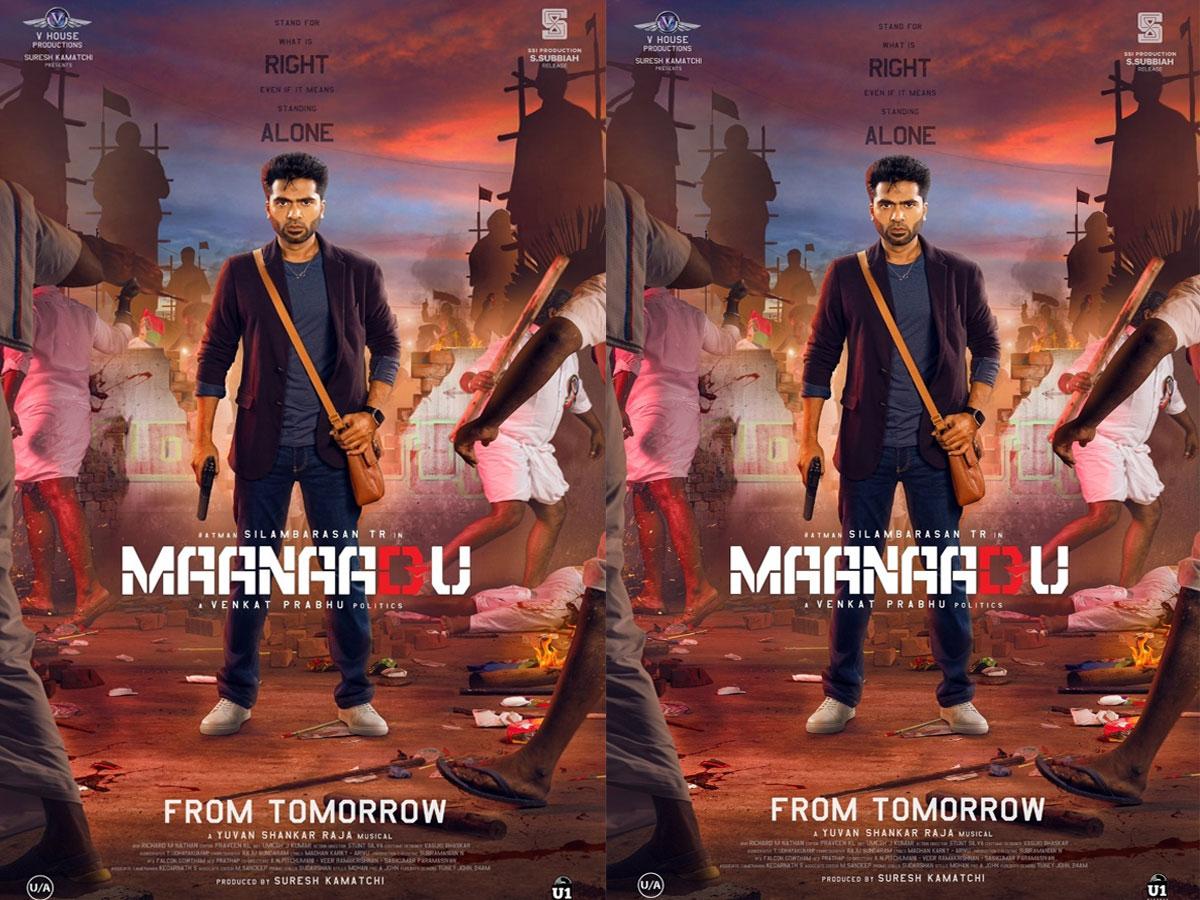 Tamil star Silambarasan TR aka Simbu’s latest theatrical outing, Maanaadu, dubbed in Telugu as The Loop hit the silver screens today. The film faced a hurdle or two earlier today as the early morning shows which were scheduled to be held at around 5 AM were cancelled due to KDM issues. But things were sorted out rather quickly and the film is now running in theatres. Coming to the topic, Maanaadu has now locked its OTT streaming partner.

Maanaadu’s post theatrical digital streaming rights were bagged by Sony Liv and the film will be made available for streaming on the platform at least 4 weeks post its theatrical release. The OTT premieres date will be out soon. Sony Liv is expected to drop an official poster confirming the same shortly.

Maanaadu is one of the very first South Indian films to be based on the concept of the time loop. It revolves around a set of incidents that keep happening over and over again in an endless loop, in the chief minister’s assassination backdrop. Simbu plays a witty protagonist and his character has dual shades. As for the antagonist, SJ Surya, he will be seen as a crooked police officer in the film. The conflict between the duo forms the crux of the film.

Sony Liv has amped up its content acquisition rate and the platform has been bagging the post theatrical rights of several mainstream Tamil films of late. Maanaadu will be the new addition to their content library.
Follow us on Google News