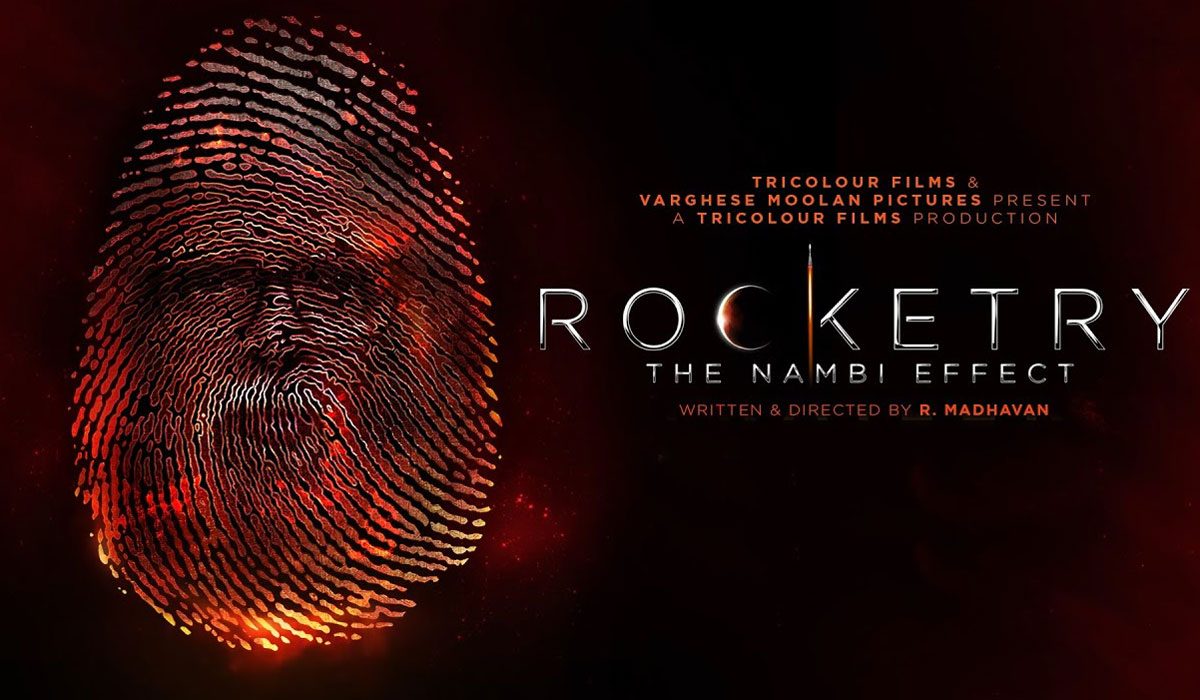 Trailer of this year’s one of the most ambitious release “Rocketry : The Nambi Effect” has just arrived and arrived in style. This R. Madhavan directed magnum opus was in the news for quite a long time for the topic it chose and boy oh boy..!! The trailer really didn’t disappoint.

Tricolor film has launched multiple trailers in six languages yesterday night from which it is evident that this film is shot simultaneously in Hindi, Tamil and English.

The film is based on the troubled life of controversial Indian aerospace engineering Nambi Narayanan who was a key figure in developing the equipments used by several ISRO rockets including the Polar Satellite Launch Vehicle (PSLV) that took Chandrayaan-1 to the moon in 2008. It will release in theatres in summer and the OTT rights are bagged by Amazon Prime Videos.

The trailer begins with a confident and mildly aggressive Nambi Narayanan being interviewed by Shahrukh Khan and with a complicated story arc showing different chunks of his life, the trailer ends with Narayanan asking a tough question and a possible statement to Mr. Khan himself, “how many people like me Mr. Khan, have been victims of their own patriotism?? I will fight.”

Seeing Mahadhavan himself in portraying this genius scientist as well as directing this project is a treat to the eyes. The trailer is a bit loud and chaotic in places depicting and personifying the struggle and the rebellious attitude of the Padma Bhushan Awardee but it truly left us wanting more. The release date of the film is not announced yet but we really can’t wait for this film to release and “Decode the Nambi Effect”.