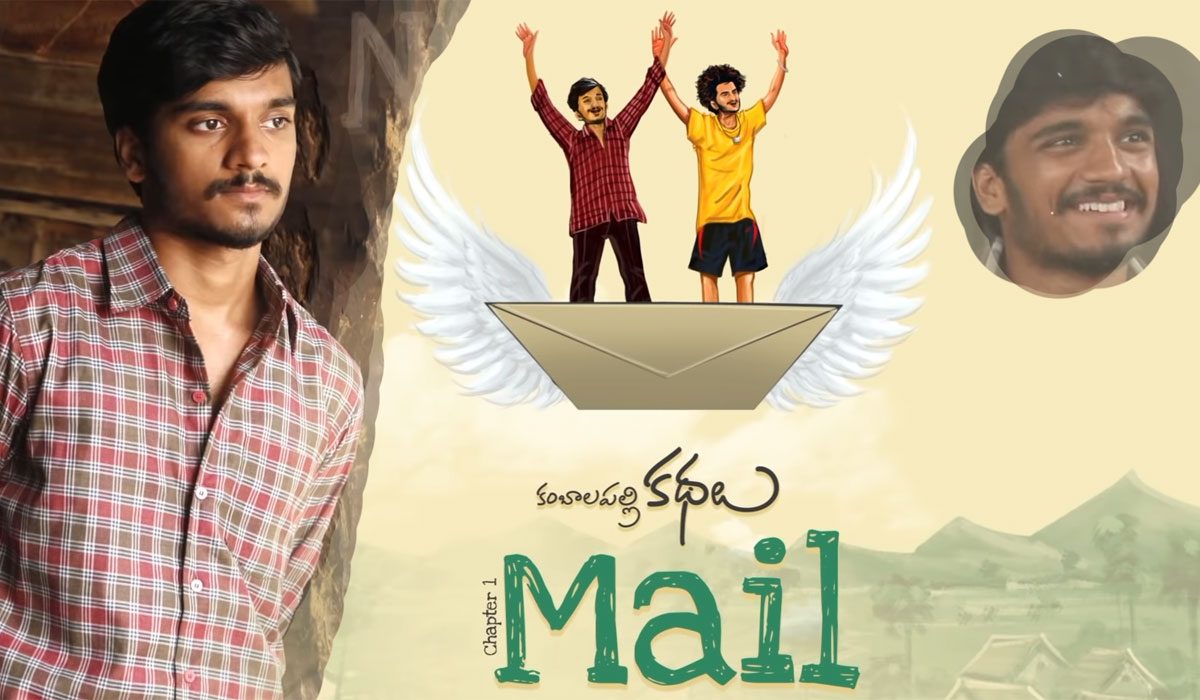 Mail Chapter 1 from Kambhalapally Kathalu got released on Aha Video, the 100% Telugu OTT Platform. Despite some issues, the web series is stirring nostalgia with its village setup of the early 2000s and the innocence the characters portray. Harshith Malgireddy played the central character in Mail aha.

Interestingly, he is just 21 years old and is still pursuing his B.Tech final year. He is a known face in the TikTok and YouTube circuit, having featured in short films and concept videos. He unexpectedly landed up in the role when an assistant director spotted him at a dubbing studio and recommended his name to director Uday Gurrala for Mail.

“I was lucky to be selected. I did not have to roam around Krishna Nagar with my portfolio. I was eager to make the best of the opportunity,” he says. Harshith shot for the web series while still attending his online classes. He even attended a month-long workshop that helped him learn the Telangana rural dialect.

Despite being a film buff and an active Youtuber, Harshith says he is still not sure what he wants to become when asked about career plans. But he hopes that more worthwhile film opportunities come his way. Harshith shared the screen with Priyadarshi in the web series which was shot completely after the Lockdown.