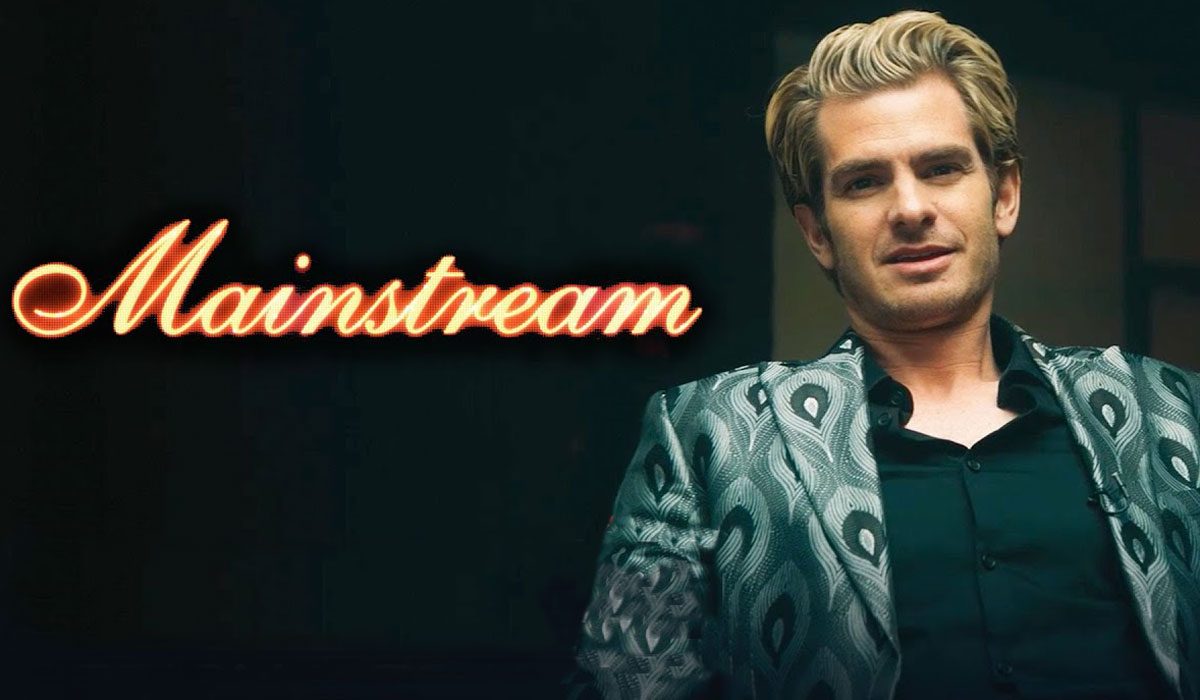 Andrew Garfield, ‘The Social Network’ star, is back with his boldest ever role yet, with ‘Mainstream’.

The trailer of ‘Mainstream’ just dropped and we are in awe of Andrew Garfield’s versatility now. Is there anything this man cannot do? Be it a teenaged entrepreneur, a Marvel Superhero, or be it a socially deranged personality, like he is in this crazy trailer.

‘Mainstream‘ revolves around Maya Hawke, of Stranger Things fame, who is the co-lead in the film as Frankie. She thinks she’s on her way to internet stardom when she crosses paths with a charismatic stranger, Link, portrayed by Andrew Garfield. The story explores the viral rise to fame many online figures turned influencers find themselves in when acquiring a huge platform and power to influence the masses around the world in a dark and satirical way.

‘Mainstream’ will be Gia Copolla’s directorial debut. She is the granddaughter of legendary filmmaker Francis Ford Coppola. The script is co-written by her and Tom Stuart. It has already debuted at the Venice Film Festival in 2020 but the film will release in theatres on May 7, 2021 and also on Video-On-Demand platforms for wider audiences.

Those who’ve seen the rushes, proclaim Garfield’s character in ‘Mainstream’ is “one of the most obnoxious ever”, and describe him as being “the grotesque mixture of Val Kilmer’s Jim Morrison in The Doors and Joaquin Phoenix’s Joker with little bit of Jim Carrey”.

The trailer has already left the audiences in splits. It features the flamboyant Link aka Garfield, relishing the spotlight and we can’t wait for this film to go live to check out the back stages of the lives of ‘accidental’ online sensations.

Check out the super-crazy trailer here: