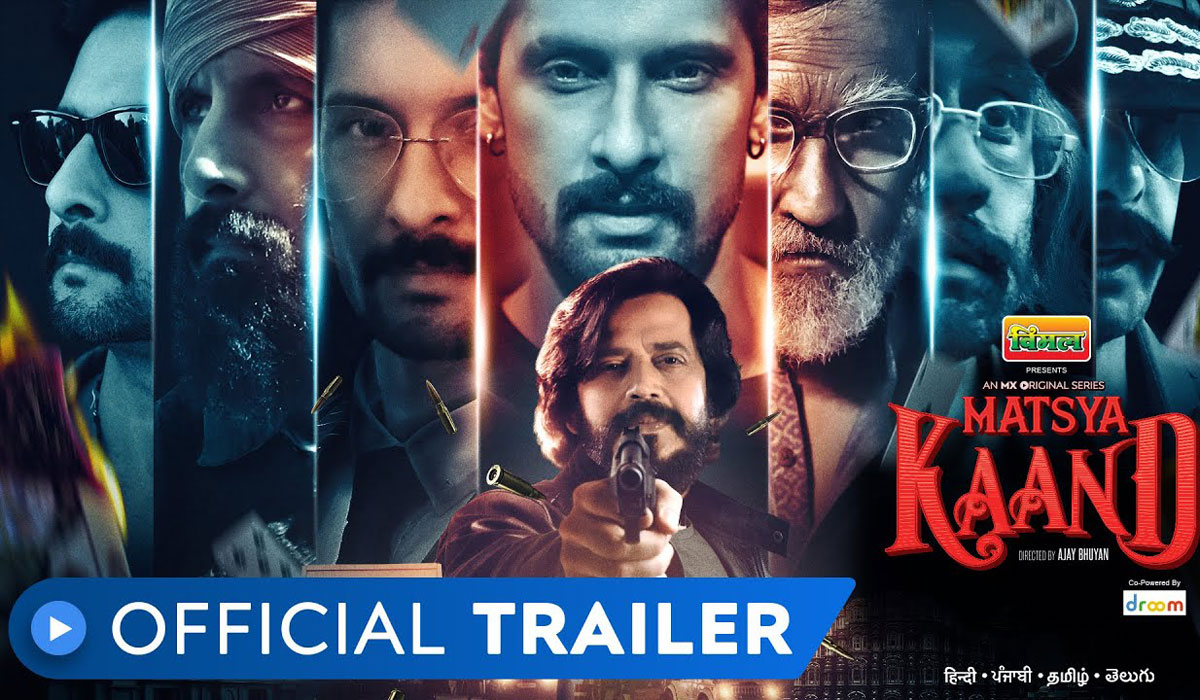 The trailer for MX Player’s next original series ‘Matsya Kaand’ is out now and it’s a conman vs a cop this time. Helmed by Ajay Bhuyan, starring Ravi Kishan and Ravi Dubey in the lead, ‘Matsya Kaand’ will premiere on MX Player on 18th November, 2021.

The trailer of ‘Matsya Kaand’ begins with the narrator telling the audience about how shape-shifters are called ‘chhaliya’ in the puranas while in the present day scenario they are referred to as conmen. And then comes the conman of the series Matsya Thada (Ravi Dubey) who is seen changing names and personalities.

Well, where there’s a hard to catch criminal in the scene, there’s a cop who takes it up as a challenge and gets hell bent on catching him. And that’s when ACP Tejaraj Singh (Ravi Kishan) makes his stylishly impressive entry with the narrator aptly describing in the background about the most destructive enemy as the one who has the brains of a wise sage and acts like a demon.

The trailer further dwells into explaining the three main players of the game from Tejraj’s perspective. These are: assistant Raju who is great at technical things, Mira who lures people easily with her charm and their boss Matsya (aka professor) who is an expert con artist.

What follows is a big scandal that happens in Meerut where Matsya reaches with his team and bets on a cricket match and wins. It’s not that simple though, he goes on to con and loot the bigger players of this betting game. But he doesn’t stop there and moves on to his next project that includes managing a wedding and converting ₹40 crores worth of black money into white money.

Meanwhile ACP Tejraj’s hunt for him intensifies as Matsya challenges him to catch him as he escapes within 24 hours. To increase the intensity of the show, the trailer towards the end reveals how money is only a medium for Matsya to attain a bigger goal.

Matsya’s character in the MX Player series is that of mastermind who disguises pretty well. He is much like a mix of the Professor from ‘Money Heist’ and Lupin from from the French series of the same name. Moreover, both Matsya and Tejaraj have some solid dialogues in the ‘Matsya Kaand’ as seen in the trailer.

‘Matsya Kaand’ is the story of Matsya Thada who is an honourable con artist and instead of using his brawn, conducts his ‘kaand’with aptitude, intelligence and charm. He’s known for pulling off some of the country’s most daring and biggest cons, and he always manages to get past the cops as he moves from one operation to the next. However, fate throws him a curveball when ACP Tejraj Singh is given charge of his case. Matsya challenges ACP Tehran to catch him if he can, which leads to a cat and mouse chase that will surely keep you at the edge of your seat.