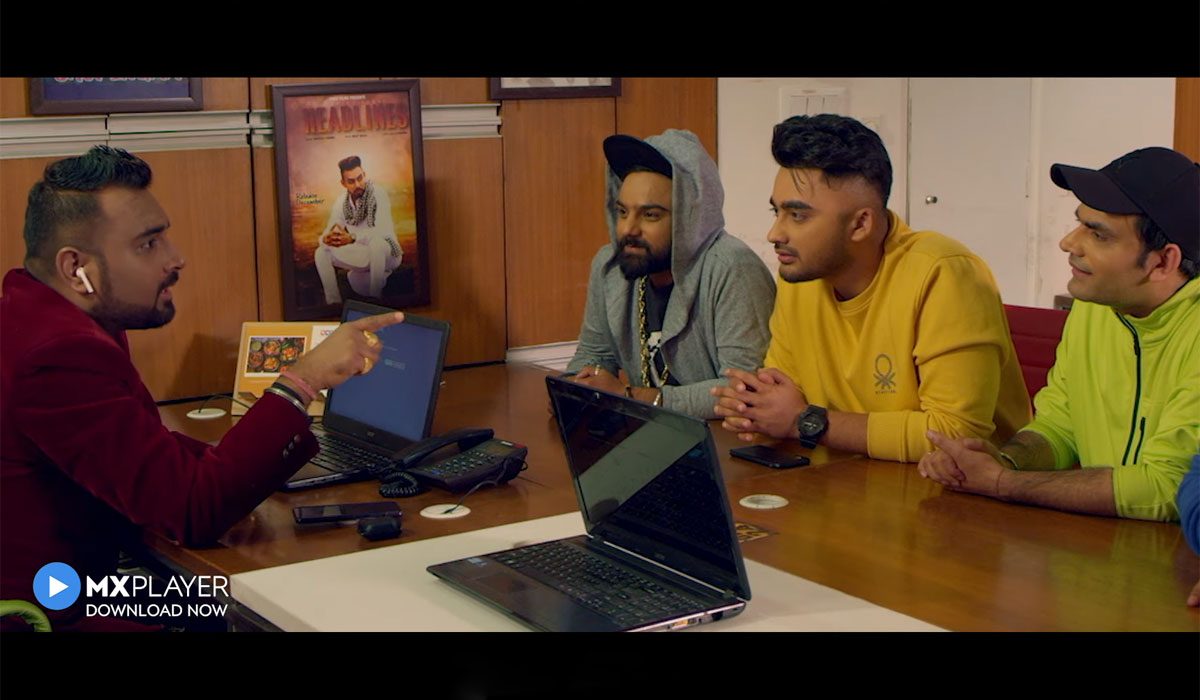 MX Player’s Backstage Boys brings us something unique once again and this Punjabi original series takes a light-hearted route to show you the struggles of 3 boys who want to make it big in their respective careers.

MX Player’s backstage Boys is the story of Anurag who wants to become a director (I think we saw it coming from a mile away but there just had to be another Anurag Kashyap reference here), Baniya wants to become a singer but later diverts his attention towards acting and DJ who tries to break into the music industry through sheer will. The one thing that is stagnant in their life is facing one rejection after another.

The showbiz industry isn’t an easy place to survive especially for outsiders who have no connections within the industry and MX Player’s Backstage Boys aims to shed light on this issue by taking you on a hilarious journey of 3 outsiders.

This series contains 6 episodes and take you on a roller coaster ride of an eccentric trio who meet with failure repeatedly but their life constantly takes new turns as this comedy will have you thinking about what is and what might be.

MX player has also been releasing a lot of regional content lately whether they are Marathi or Gujrati specials which help bring regional stars to the fore and also promote more local content.
Backstage Boys is directed by Harjit Ricky and stars Ravneet Singh, Aditya Dutta, and Harry Verma in the lead roles. Backstage Boys is now streaming on MX Player.