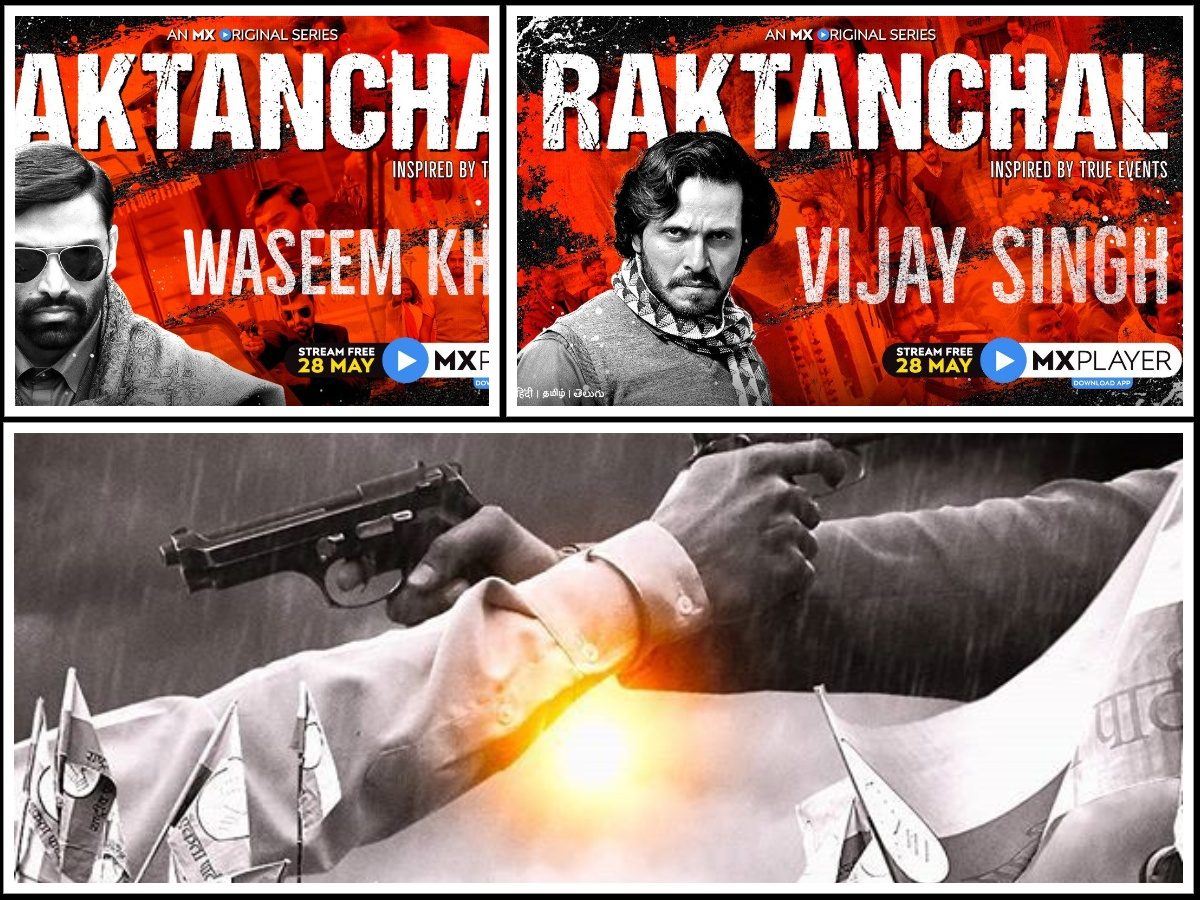 2020 is proving to be the most prolific year for MX Player. The streaming platform has been churning out web shows one after the other in super quick succession. And all its series have been well-received by audiences. MX Player is now gearing up for its next release, Raktanchal, supposedly inspired by actual events that took place in the early eighties. Raktanchal releases on 28th May, and we simply can’t wait for it to begin streaming.

Raktanchal is a crime drama set in the backdrop of Purvanchal, the once-upon-a-time gangster-infested Eastern part of Uttar Pradesh. The region was once notorious for spawning dreaded gangsters in every era of the last century. It includes the perilous areas of Mirzapur, Gorakhpur, Azamgarh, Gazipur and more, where lawlessness reigned and even the police turned a blind eye to the marauding illegal activities of the various gangs of the region.

The eighties was a particularly tumultuous time for Purvanchal. The area was rife with gangwars, murders were committed in broad daylight and blood was shed copiously.

MX Player’s Raktanchal is set in that time in the history of the region, when two badass Bahubalis turned Purvanchal into Raktanchal with their bloodridden clashes. For those who don’t know, Rakt is Hindi for blood.

Nikitin Dheer plays bad boy Waseem Khan, the undisputed king of Purvanchal and its lucrative crime syndicate – most prominently, snagging the tenders to the infrastructure development taking place in the region. They are also called the tender mafia for that reason.

Enter, Vijay Singh, challenger to the throne of the tender king. If the former has power and authority, the latter has fire and fearlessness as his assets. If Waseem Khan is driven and determined, Vijay Singh is shrewd and sharp. Kranti Prakash Jha plays Vijay Singh. His lanky earnestness is the perfect foil to Waseem Khan’s towering beefiness.

Raktanchal promises a clash of the titans worth waiting for. The promos of the show, introducing the characters of Waseem Khan and Vijay Singh, are spectacular and compelling. Besides Nikitin Dheer and Kranti Prakash Jha, Raktanchal stars Soundarya Sharma, Ronjini Chakraborty, Chittaranjan Tripathy, Pramod Pathak, Vikram Kochhar, Krishna Bisht and Basu Soni in prominent roles.

And this is the promo of Vijay Singh –

All episodes of Raktanchal will arrive on MX Player on 28th May.