Home News My Next Guest Needs No Introduction Feat SRK: Treat For Fans 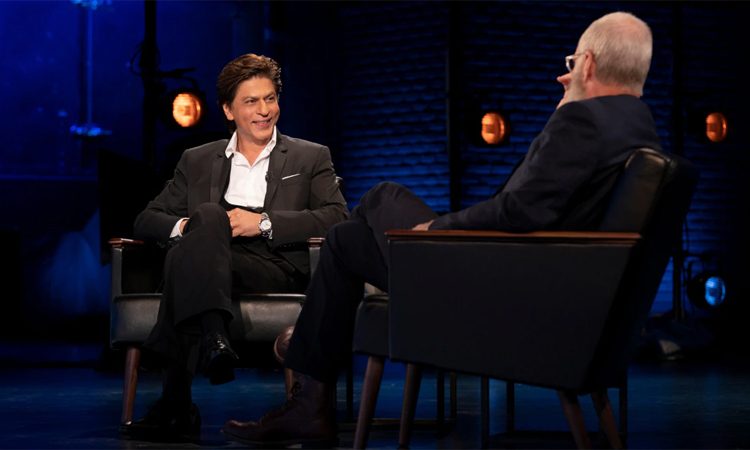 Fans of Bollywood Baadhshah Shah Rukh Khan have been waiting for a glimpse of their favourite star on the big screen from a long time. In a couple of months, it will be a year since the release of the new SRK movie.

While one year gap is not a big deal and shouldn’t be a cause of worry, it is so for Shah Rukh Khan’s fans because the star has not announced his next. It means even if the announcement happens immediately, it will take another year for it to come to the cinemas at the least.

Under these circumstances, Netflix has provided some relief. Their latest Diwali one-off special show, My Next Guest Needs No Introduction features Shah Rukh Khan as a guest. David Letterman is the host.

The ‘special’ show is a delight and one that leaves fans asking for more. It contains everything that fans love from their favourite star. And that is not it, as some never seen before, personal side of the star is revealed. The ‘inside’ look of SRK is a treat.

The wit and charm of Shah Rukh Khan need no special mention. It is legendary and is on display throughout the duration. The conversations between Letterman and SRK are casual and with so many punches throughout, and quotable lines.

A three hundred and sixty degrees perspective of Shah Rukh Khan has been presented within the duration of the show. The family, love marriage, the struggle, and cricket have all been covered. The appearance of wife Gauri and the talk about son Aryan are sure to evoke myriad emotions among fans.

If you are a fan of the star, My Next Guest Needs No Introduction feat SRK is unmissable. If you are not, watch, it is for the unparalleled charm of the Superstar.