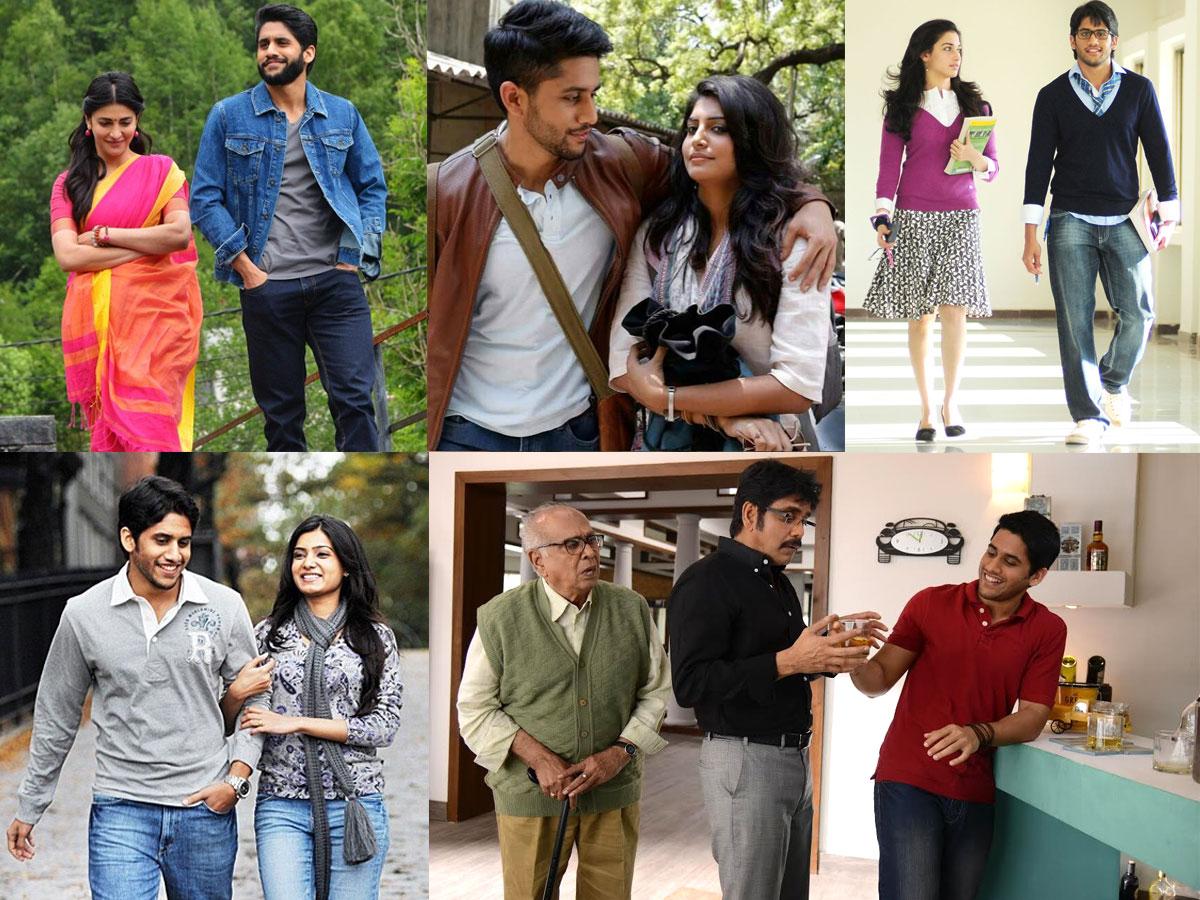 Naga Chaitanya turns 35 today. Despite being the son of the veteran South Indian actor, Akkineni Nagarjuna, he has made his name in the South Indian film industry. Yes, his career is notable for having lots of ups and downs. But his performances are proof of his immense acting talent. Feel good if you are his fan and check out his top five movies below!

It is the Telugu remake of the well-known Malayalam movie released in 2015. Critics pointed out its inability to match the standards of the original one. But the performances of the cast, especially Chaitanya’s, stood out the most. It focuses on Vikram and his twisty life journey. He meets three girls and falls in love with them at different stages of his life. After many twists and turns, he finally gets his perfect lady.

The movie that cemented Chaitanya in the Telugu movie industry. His chemistry with Tamannaah impressed the audience and the critics. It ran for more than 100 days in many theatres. It tells the story of Balu, a talented but egoistic guy. His life turns upside down after the arrival of his free-spirited and intelligent cousin, Mahalakshmi, in his house.

The movie received strong positive critical reception upon its release. It was praised for its unique narrative style. Debutant Manjima Mohan won the South Indian Filmfare Award for Best Debut for her performance in the movie. Chaitanya portrays a police officer, DCP Rajnikanth. During his trip with Leela, he meets with a horrible accident and breaks his shoulder. Furthermore, he discovers that it was a plan to kill Leela. Things get more twisty as the film progresses.

Not every movie stands the test of time. Thankfully, this movie is not in that category. More than 11 years have passed since its release. Still, it charms the audience with its amazing performances and beautiful plot. Many critics hailed it as one of the best Telugu movies of the decade 2001-10. The leading character Karthik wants to be a filmmaker. He also falls in love with Jessie, his neighbour living in a conservative Christian family. Things start to get ugly when their religious differences collide.

Manam is considered the best movie of Naga Chaitanya’s career. It was enthralling to see all the three acting generations of the Akkineni family. Along with Chaitanya, we have his father, Nagarjuna, and his grandfather, late Nageswara Rao, in this mega project. It was a smashing hit at the box office. It also featured the last screen presence of veteran Nageswara Rao.Follow us on Google News