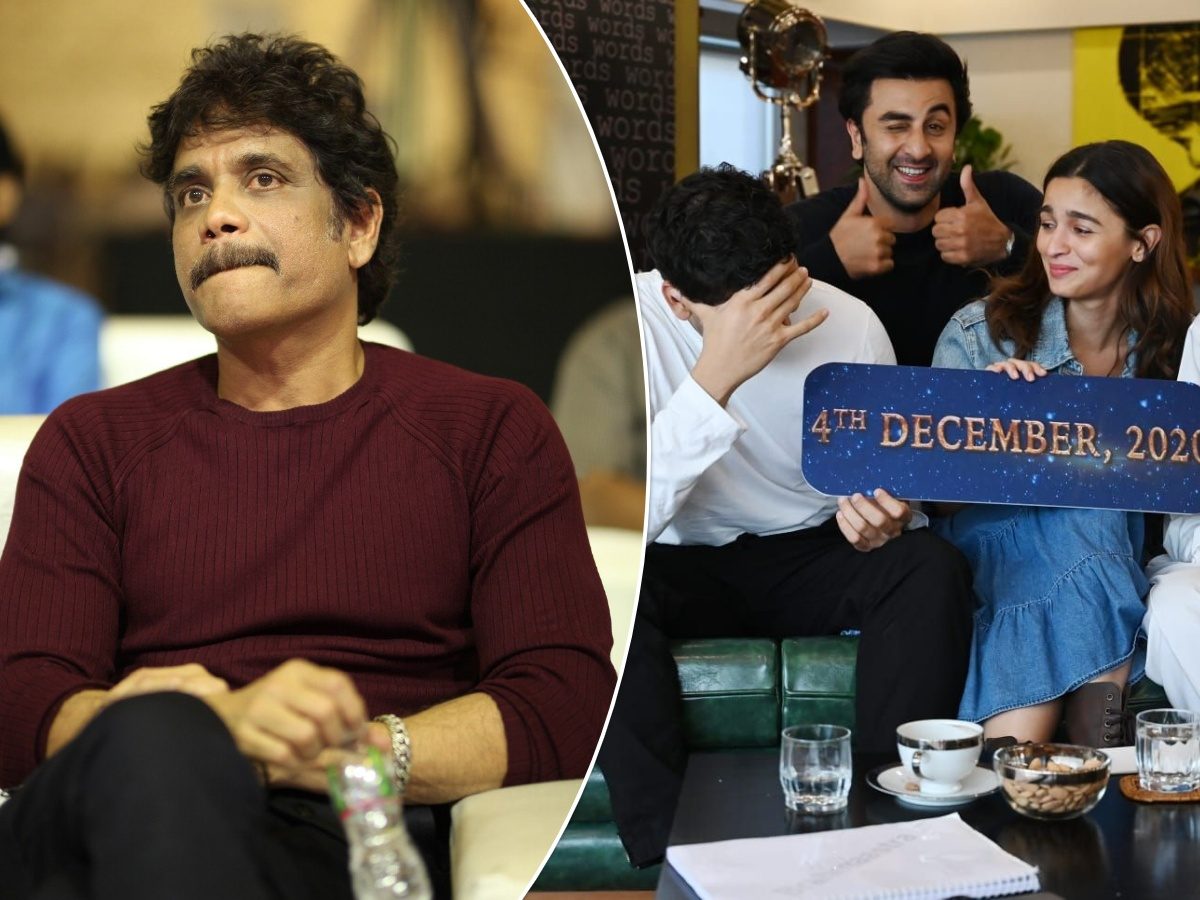 Akkineni Nagarjuna returns to the Hindi film industry after a long wait of 17 years with Ayan Mukerji’s magnum opus – Brahmastra. The veteran actor of Tollywood was last seen in ‘LOC Kargil’ as far as Bollywood goes. Now, he was approached for a role in Brahmastra to which Nagarjuna agreed and sent the fans into a frenzy. The major reason for the hype around it was the big names attached to it. Brahmastra stars – Ranbir Kapoor, Alia Bhatt, Amitabh Bachchan in lead roles. Apart from that Shah Rukh Khan is also supposed to have a cameo in the movie. The VFX laden movie set on the backdrop of Indian mythology was natural to gain headlines and after the arrival of Nagarjuna, the movie by default became a Pan-Indian entertainer.

Nagarjuna recently wrapped up the shooting for Brahmastra and shared his experience on social media. He was all praises for his co stars – Ranbir Kapoor and Alia Bhatt and termed them as very hardworking actors with a lot of discipline. He has seen Alia grow up since she was a child and was very excited to be a part of the movie. He also praised the producer Karan Johar who treated him like a king.

The one thing which Nagarjuna was really looking forward to was meeting the legendary Amitabh Bachchan. The two have previously worked together in the past and Nag was excited to share screen with him. But that didn’t happened shared the actor. He barely got the chance to meet him due to the difference in shooting schedules. Since every actor was shooting for their part separately, Nagarjuna didn’t had any screentime with Amitabh Bachchan.

While Nagarjuna was disappointed with it, he is still whole heart about the movie. Upon asking how much of him one can expect in Brahmastra, he said “my fans won’t be disappointed once the movie is out, as it is a strong character and holds major importance in the movie”.