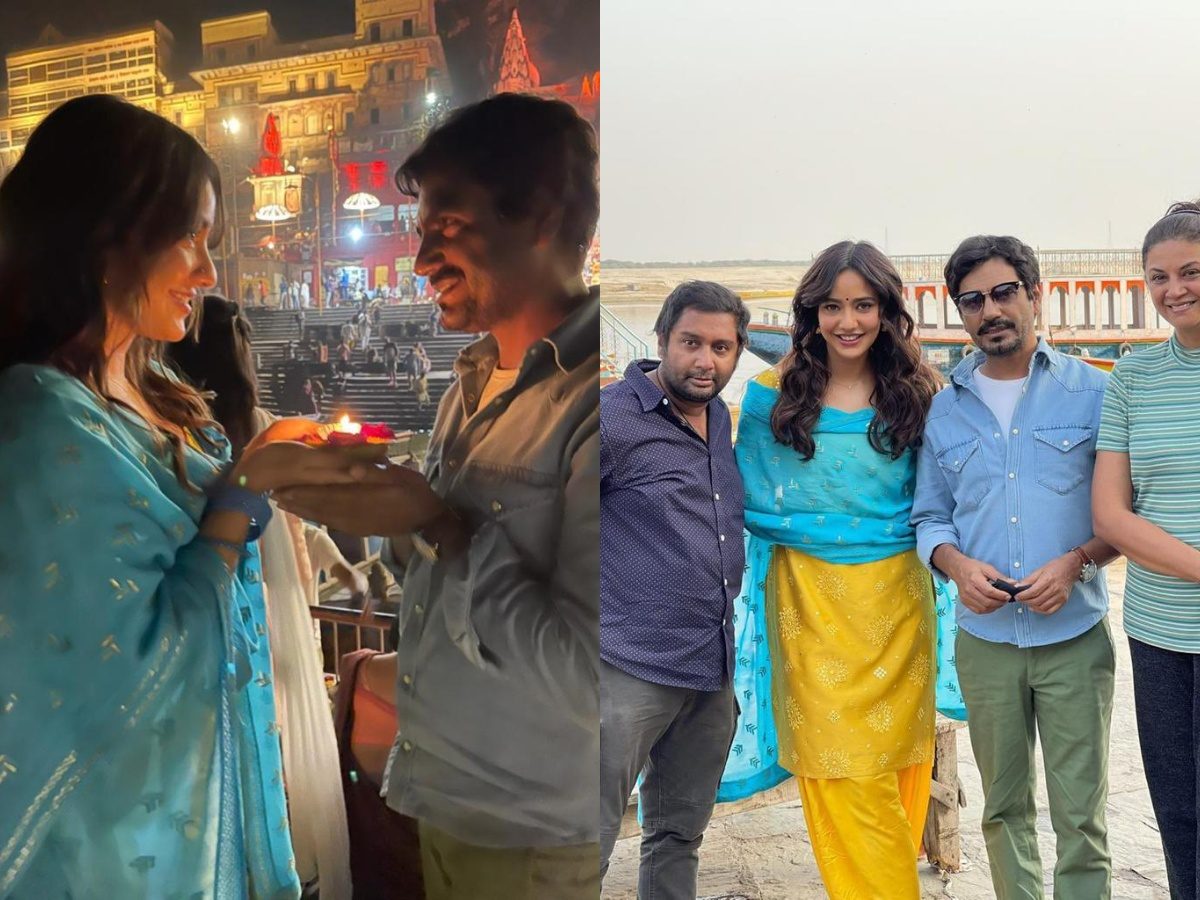 Nawazuddin Siddiqui and Neha Sharma have just wrapped up filming for their upcoming rom-com ‘Jogira Sara Ra Ra!’ in Varanasi. Earlier this year, Nawazuddin announced the commencement of the shooting of the film & within the scheduled time span, they have completed it. Now as per the sources, only the songs are to be left to shot.

Both the actors took to their social media to announce that shooting has ended for ‘Jogira Sara Ra Ra!’

Neha Sharma shared a photo from the Banaras Ghat, where she and Nawazuddin Siddiqui are holding a lit diya. She also tweeted, “A beautiful journey comes to an end.Can’t wait for all of you to see it. Working with this super talented team was such a pleasure, getting to learn so much everyday”.

Nawazuddin Siddiqui was all praises for Lucknow after wrapping up the schedule of ‘Jogira Sara Ra Ra!’ The principal photography has been wrapped up, following all the COVID-19 precautionary measures.

The film is directed by Kushan Nandy, who has earlier directed Nawazuddin in Babumoshai Bandookbaaz. The director was relieved and stated, “With Covid around, it was challenging. I am relieved that with precautions and safety measures, we have managed to complete the film without any setback.”

Apart from the lead actors in ‘Jogira Sara Ra Ra!’, Sanjay Mishra and Mahaakshay Chakraborty, son of Mithun Chakraborty will be seen in supporting roles for this light-hearted comedy.

‘Jogira Sara Ra Ra!’ has been penned by Ghalib Asad Bhopali as a tale of two quirky people in love, set in the backdrop of Uttar Pradesh. The film is expected to release theatrically in the second half of 2021.

Check out the concerned tweets by Nawazuddin & Neha here :

A beautiful journey comes to an end .Can’t wait for all of you to see it. Working with this super talented team was such a pleasure, getting to learn so much everyday. @Nawazuddin_S @KushanNandy @NaeemASiddiqui @kiranshroff #GhalibAsadBhopali @JogiraMovie #sanjaymishraji pic.twitter.com/G42icX6qQY