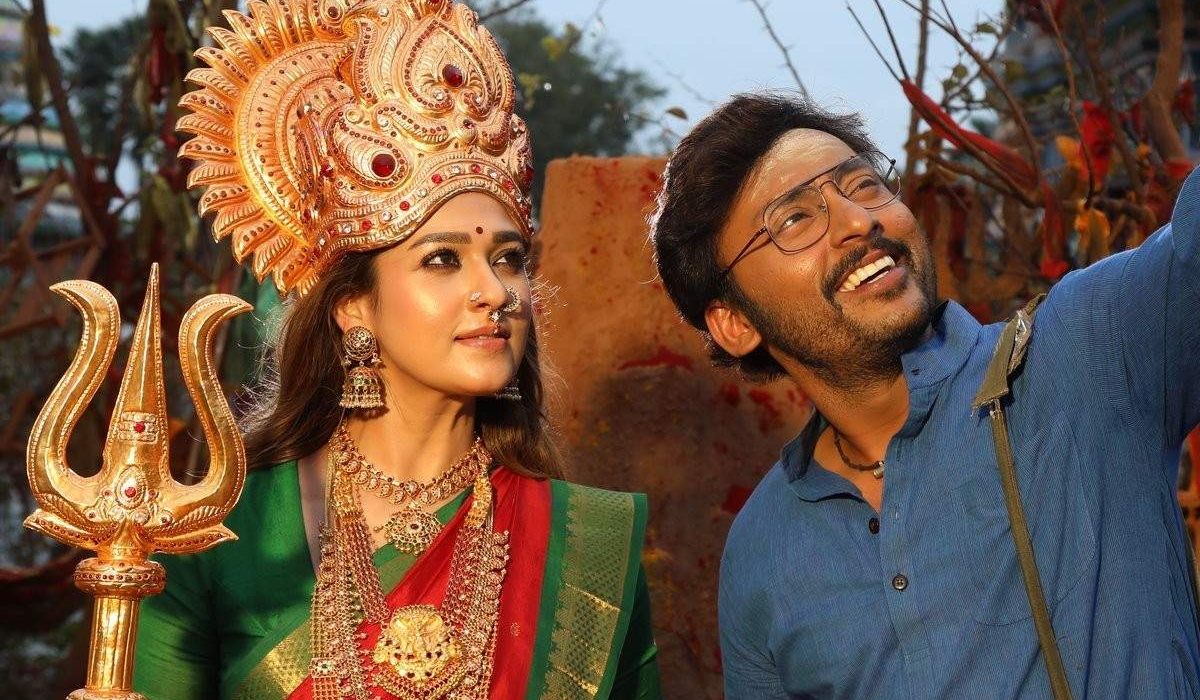 The titular role of Disney+Hotstar’s upcoming Tamil feature, ‘Mookuthi Amman’ is going to be played by “The Lady SuperStar” Nayanthara. Mookuthi Amman is the name of the character she is going to portray in the film, and the character is an actual Goddess. Known for her striking features and sharp tongue (for her dialogue delivery), she looks ready to portray quite a “bad-ass Godess” (as much as we can see from the trailer).

Born Diana Mariam Kurian, this 35-year old actor has been working primarily in Tamil, Malayalam and Telugu features, during her 15+ year career. She started out doing part-time modelling jobs while studying in college. She was discovered by the Indian film director Sathyan Anthikkad, who had seen some of her modelling assignments and approached her to play a pivotal role in his film Manassinakkare (2003).

She has initially rejected the film offer, citing that she wasn’t interested in acting. But after relentless persuasion, the director convinced her to participate in the film. She played the lead role in the movie, which went on to be a commercial and critical success and after that, there was no looking back for the budding, blooming talent.

This latest upcoming feature will be directed by RJ Balaji and N. J. Saravanan, with the former portraying the primary protagonist in the film. Disney+Hotstar’s ‘Mookuthi Amman’ is set to feature during Diwali, 14th November 2020, on the same streaming platform.