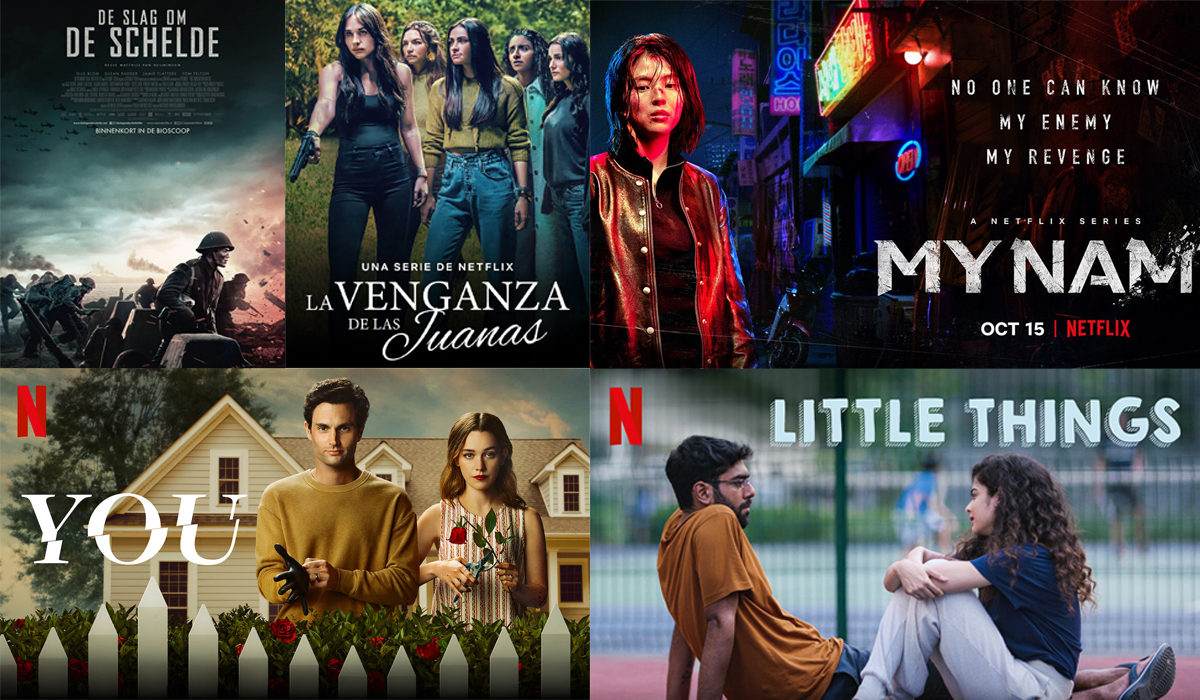 Netflix India’s top 10 films list is back with some interesting additions and omissions. Like the last three weeks, Kangana Ranaut and Arvind Swami starrer ‘Thalaivii’ has yet again bagged the coveted top spot. ‘Thalaivii’ is a biographical film that is based on the late Tamil Nadu Chief Minister J. Jayalalithaa (essayed by Kangana Ranaut) while Arvind Swami has played the role of M. G. Ramachandran in the film. The film has been receiving mixed reviews from critics and audiences, however, the two lead performances are being praised by many.

On the second place of the Netflix list is the vigilante action-thriller film ‘The Equalizer 2’ (2018). It’s a sequel to the 2018 film ‘The Equalizer’ directed by Antoine Fuqua and starring acclaimed actor Denzel Washington in the lead role. The actor-director duo had previously collaborated in the crime thriller ‘Training Day’ and the Western film ‘The Magnificent Seven’.

In ‘The Equalizer 2’, Washington reprises his role as the highly trained former U.S Marine Robert McCall who makes it his mission to avenge the death of his close friend. ‘Narcos’ and ‘Game of Thrones’ actor Pedro Pascal also plays an important role in the movie. Watch the film in case you haven’t and especially if you liked the first film.

The third spot on the Netflix top ten films list is taken by ‘The Forgotten Battle’ – a World War 2 based Dutch film. The story revolves around three principal characters of a young Dutch soldier fighting for the Germans, A British pilot, and a Dutch resistance woman. The 2020 film has got a decent IMDb user rating of 7.4.

The critically acclaimed surrogacy drama ‘Mimi’ starring Kriti Sanon and Pankaj Tripathi, which was conspicuous by its absence last week has managed to make a well-deserved comeback this week and is currently placed on the fourth spot. Moreover, Taapsee Pannu and Vikrant Massey starrer romantic thriller ‘Haseen Dillruba’ is also back this week. This substantiates that content still takes precedence at least for OTT audiences.

Another repetition this week is that of the Jake Gyllenhaal starrer thriller film ‘The Guilty’, but which is down to the ninth spot this week. The film is directed by ‘Training Day’ and ‘Southpaw’ director Antoine Fuqua (The Equalizer 2 also). The story follows a 911 call operator and how he tries to help a kidnapped woman. However, he eventually realizes there is more to it than meets the eye. It’s a worthy watch, particularly for thriller movie aficionados.

While the popular vampire movie ‘Twilight’ starring Kristen Stewart and Robert Pattinson is now on the tenth spot. The film’s lead actress Kristen Stewart is fresh off the heels of the critical acclaim for her portrayal of Princess Diana in ‘Spencer’, while the male lead Robert Pattinson will next be seen in Matt Reeves’ superhero movie ‘The Batman’, whose trailer was recently unveiled at the DCFanDome global event.

On the Netflix top-ten TV shows front, the South Korean show that is being loved by fans across the world, has once again bagged the coveted top spot. You guessed it right. The show is none other than ‘Squid Game’.

‘Squid Game’ follows the story of 456 people, who have somewhat failed in their lives, and they are invited to participate in a dangerous survival game called ‘Squid Game’. The winner of the game will take home a huge amount. The show is currently rated 8.2/10 on IMDb and has a 92% Tomatometer score on Rotten Tomatoes based on 50 ratings. Despite being quite brutal and repulsive, it’s being called by many a compelling watch. Not for the weak of heart though.

On the second place of the Netflix top ten series list is what was one of the most anticipated foreign shows titled ‘You’. It’s a romantic psychological thriller series that follows a dangerously obsessed bookstore manager who can go to any lengths for a romantic relationship with the women he falls for. The third season of the show started streaming on Netflix just a few days back.

Furthermore, the third spot is held by the Indian rom-com series ‘Little Things’ featuring Dhruv Sehgal and Mithila Palkar in the lead roles. The show revolves around a couple living in a live-in relationship. The fourth and final season of the show was released on Netflix on 15th October.

On the fourth place of the Netflix top ten series list is the three-part true-crime docu-series ‘House of Secrets: The Burari Deaths’. This documentary series by ‘Parched’ creator Leena Yadav revolves around the unsettling truths and various theories relating to the deaths of eleven people of the same family in the Burari area of Delhi in the year 2018. The show is currently rated a decent 7.8 on the IMDb portal.

And the highly-rated drama miniseries called ‘Maid’ has unsurprisingly again made it to the Netflix top ten series list. The show follows a young, single mother Alex (played by Margaret Qualley) who escapes from an emotionally abusive relationship. Subsequently, she starts a new life by working as a maid, in order to provide for her daughter as she fights poverty and homelessness in one of the richest countries of the world – America.

Then, the widely acclaimed web series ‘Kota Factory’ has now moved down to the ninth spot. The IIT entrance exam-based series narrates the day-to-day happenings and struggles in the lives of three friends and the second season continues from where it left. The show comes recommended by Binged bureau and we have rated it a not-so-common 7.5/10.

While in the tenth place of this week’s top 10 Netflix shows list is the widely acclaimed British comedy-drama series ‘Sex Education’. The third season starts off with a new term at Moordale School as students get a new headteacher, whose mission is to get the school back on track. The show’s third season is currently rated at 100% Tomatometer score on Rotten Tomatoes based on 31 critic ratings. Binged has given it a thumb-up with our 7/10 rating with the bottom-line ‘More Mature, More Empathetic, More Fun Than Ever!’ ‘Sex Education’ has been renewed for a fourth season.

However, surprisingly, unlike previous week’s Netflix top ten series list, volume one of the fifth season of the cult heist thriller series ‘Money Heist’ was not able to make it to the Netflix list this time. The show comes recommended by Binged bureau and we have rated it a solid 7.5/10. ‘Bigger stakes, bigger thrills & even bigger cliffhangers’ is our review’s bottom-line.

7. Pokemon the Movie: Secrets of the Jungle

4. House of Secrets: The Burari Deaths

1. Squid GameFollow us on Google News