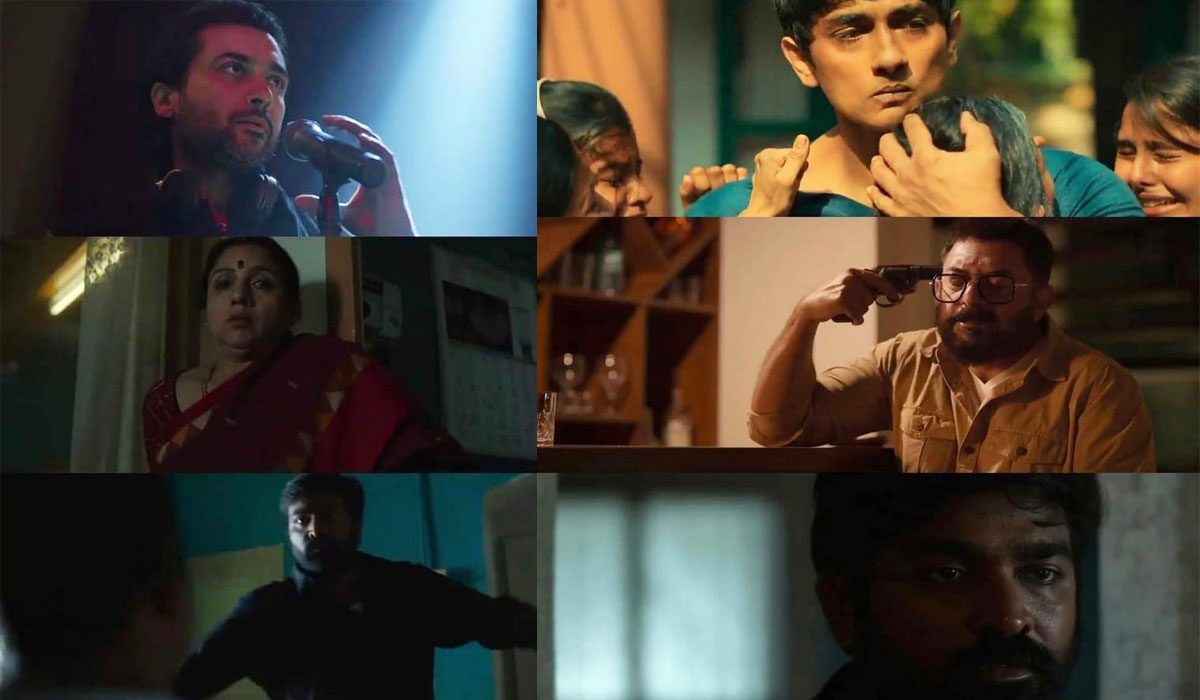 Netflix announced a massive slate of 41 titles for Indian viewers for 2021. Jostling for attention in the crowd of big names was the Tamil anthology film Navarasa by Mani Ratnam and Jayendra Panchapakesan. But guess what, despite the very brief glimpses of Navarasa in the almost 3-minute reel, the anthology managed to stand out like a shining beacon. And it was all because of the intense looks of the stars of the anthology – Suriya, Siddharth and Vijay Sethupathi.

Navarasa, as most readers will know, is centred on the nine emotions that define a human being. These are love or shringaar; laughter or haasya; compassion or karuna; anger or raudra; courage or veera; fear or bhaya; disgust or bheebhatsya; wonder or adbhutha; and peace or shaantha.

Suriya immediately catches the eye, as soon as he makes his fleeting appearance. Stepping up to the spotlight and putting a hand out to get hold of the mic, his soft, dreamy look makes an instantaneous impact. And why not, since he’s portraying the emotion of love or Shringaar for Gautham Menon.

Vijay Sethupathi appears for just a brief moment on screen. And his smouldering, glowering look consumes the frame with the fire of its intensity. Sethupathi stars in the segment directed by Bejoy Nambiar — he of dark, edgy content. Revathi too is a part of the same story, and she is outstanding in her two appearances.

But the one actor who stole the show and the thunder in the Navarasa scenes is Siddharth. He appears in the story directed by director Rathindran R. Prasad. He also has the most screen time in the Netflix showreel – he appears in a total of three scenes. And each time, he keeps our eyes riveted to his powerful presence on screen. Siddharth is definitely the scene-stealer of the showreel – not only among the Tamil performers, but among the entire lot — Madhuri Dixit included! He’s definitely portraying the segment of Raudra — his anger is so palpable that it emanates like tidal waves from him and hits the viewer with potent force.

Even with the tiny glimpses of Navarasa in the Netflix showreel, one thing is certain – Navarasa is going to be an epic dive into the nuances of human emotions – all nine of them.

The stellar directors and actors will make sure of that!