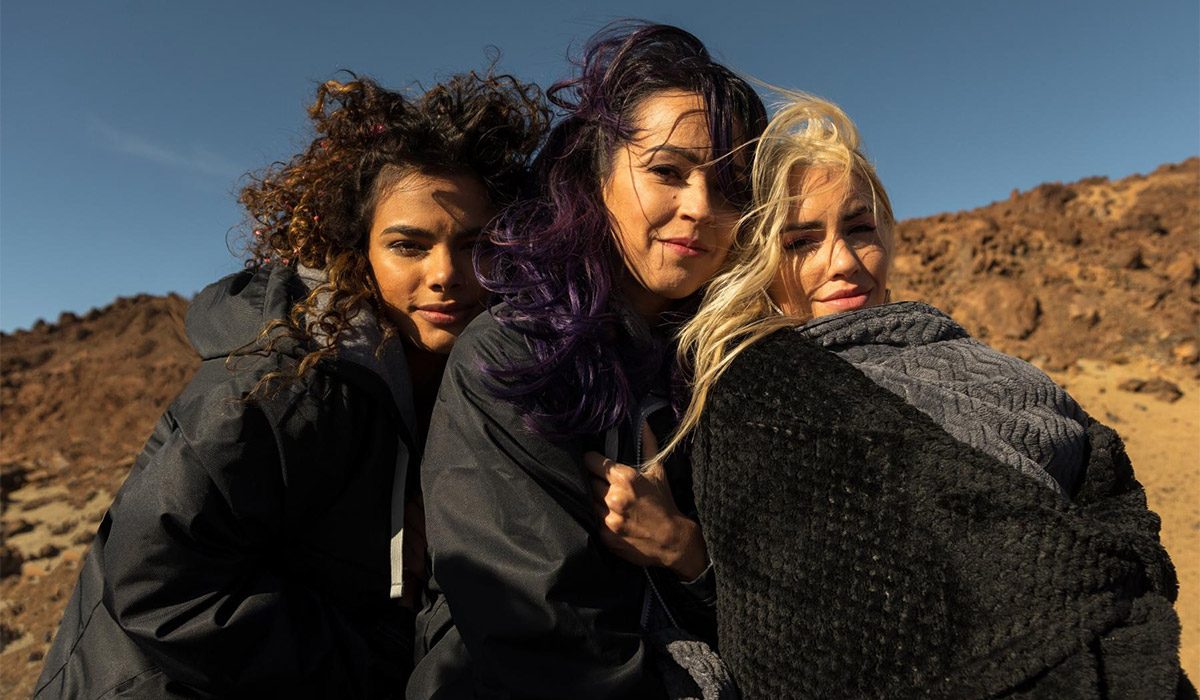 Netflix and the creators of superhit Spanish series ‘La Casa de Papel’ are coming together again with a new action series ‘Sky Rojo’. The first season of ‘Sky Rojo’, having plentiful of dark humor, a healthy serving of action and pure adrenaline, will premiere worldwide exclusively on Netflix on 19th March, 2021.

The story of ‘Sky Rojo’ follows Coral (Verónica Sánchez), Wendy (Lali Espósito) and Gina (Yany Prado) as they go on the run in search of freedom while being chased by Romeo (Asier Etxeandia), their pimp from Las Novias Club, and his henchmen, Moisés (Miguel Ángel Silvestre) and Christian (Enric Auquer).

Together, the women embark on a frantic, chaotic journey during which they must face dangers of all kinds and live every second as if it were their last, while strengthening their friendship and discovering the most important thing: that together they are stronger and have more options to recover their lives.

Creators and executive producers of the show, Álex Pina and Esther Martínez Lobato (Money Heist), have gone for an innovative fast-paced format with a mix of genres for ‘Sky Rojo’ which they have dubbed as ‘Latin pulp’. The show has two confirmed seasons as of now, each consisting of eight episodes. For the first season, the episodes will each be 25 minutes long.

Other than Pina and Lobato, ‘Sky Rojo’ has been executive produced by Jesús Colmenar, David Barrocal, Migue Amoedo and David Victori. Shot in Madrid and Tenerife, the series has been produced by Álex Pina’s Vancouver Media (Money Heist, The Pier, and White Lines) for Netflix.