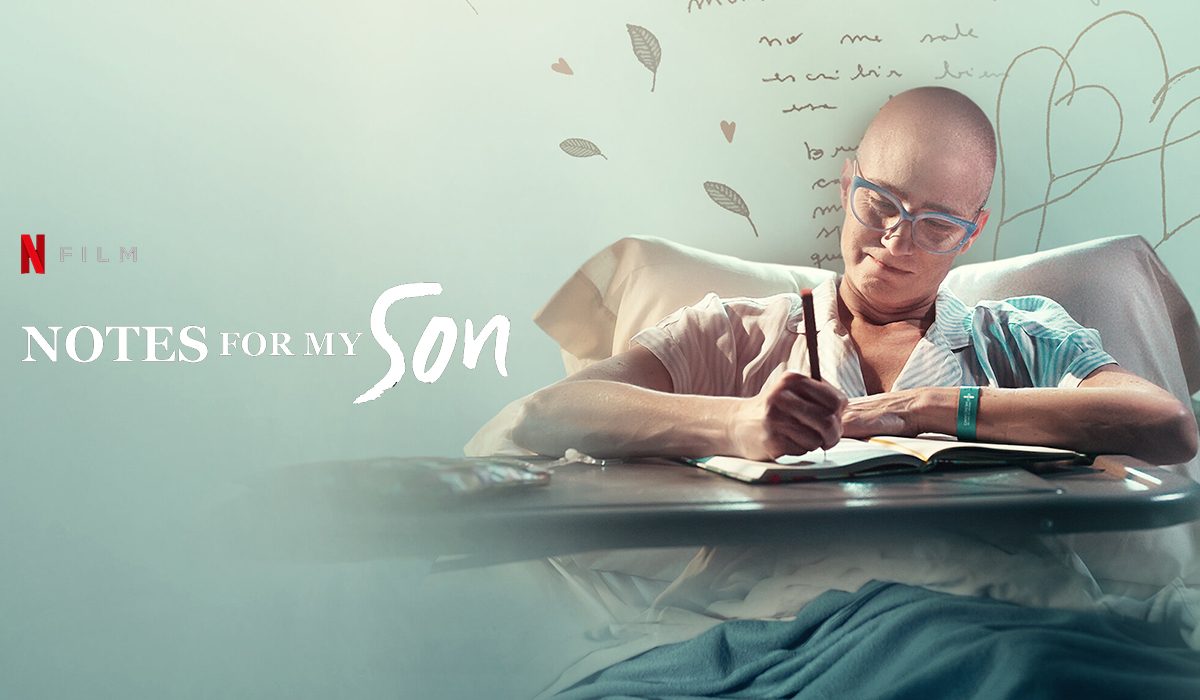 Netflix is bringing an Argentinean movie, “Notes For My Son” to the audience to be released on the 24th of November. Based on a true story, this is yet another movie of a mother’s hardships and trouble of battling terminal cancer and still living enough life to let her son remember her with a smile rather than tears. While she writes notes for her son, she prepares herself and her loved ones to get ready for her death.

Marie, who is a mother to a young boy isn’t recovering anytime soon from the deadly cancer. The doctors have declared that they can only reduce her pain and not remove the cancer. Her days are numbered and yet she wants to make everyday count and make it filled with happiness, especially for her son. She asks for a notebook, so that she can write down little notes from her everyday life for her son. So that, when he grows up and as her his memory of his mother starts to fade away, he still has her notebook to make him feel her presence.

While she does that her best friend and her husband try hard to keep her alive while she has decided that she has no hopes left for living and is okay with that. She tells them to prepare for her death and the goodbyes. While this goes on, Marie whenever bored uses social media to sarcastically tell people her journey with cancer, in that process making others smile. Her social media posts get viral and she gets to be on TV.

A movie that is emotional, heartbreaking and sadly funny at the same time, it is sure to be a complete tearjerker. The movie is directed by Carlos Sorin and stars Valeria Bertuccelli, Esteban Lamothe and Julian Sorian in the lead roles.

This can be totally added to the list of those movies that will make you feel warmth and yet make you cry while you are tucked under your blanket with a cup of hot coffee.