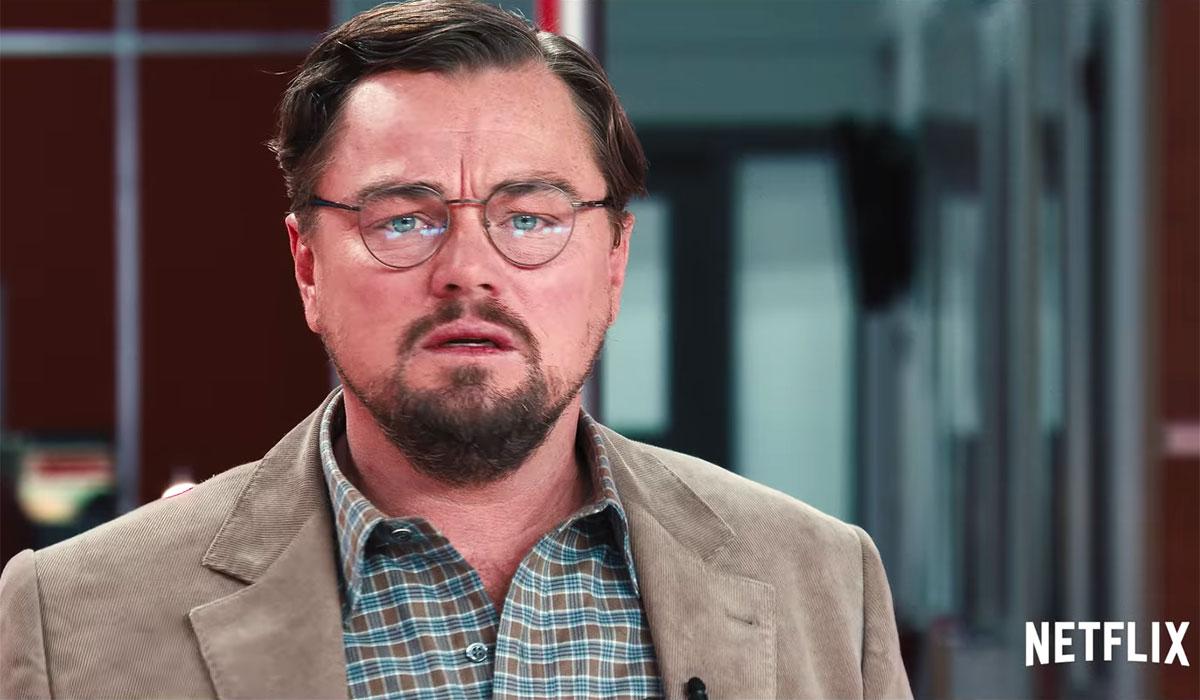 Netflix has just released the trailer of its most-anticipated film of the year, the star-studded, ‘Don’t Look Up‘. And believe us when we tell you that it’s an outright blast. Going by the almost 3-minute-long trailer, viewers are in for a hilarious ride this Christmas! ‘Don’t Look Up’ premieres on Netflix on 24th December. It will also play in select theatres from 10th December onwards.

The trailer shows Leonardo DiCaprio and Jennifer Lawrence as two “low-level astronomers” who have a tough task on hand. An asteroid is approaching Earth, with the potential to destroy the planet, and the two must launch a massive media blitz to warn the world about the impending danger. The response of the world at large is what brings all the laughs and rollicking comedy into the narrative.

The two find themselves in a hapless situation. Not even the leader of the land (a sparkling Meryl Streep) is prepared to believe the gravity of the situation. It is then obviously a monumental task to convince the common man without triggering panic. Cate Blanchett and Tyler Perry play television presenters who snigger at the duo even as they interview the two on their show. The scene is uproarious AF! Timothée Chalamet, Ariana Grande, Jonah Hill all make an appearance in the trailer – each character laughing off the two astronomers and their ‘important’ news.

The rest of the ‘Don’t Look Up’ trailer is equally hilarious, particularly Meryl Streep’s expressions and Jonah Hill’s ‘laid-back’ attitude to the fast-approaching disaster.

‘Don’t Look Up’ is written and directed by Adam McKay, who describes it as a dark satirical comedy. For the unversed, McKay is the creator of the 2018 movie ‘Vice’, which won eight Oscar nominations, and the 2016 movie ‘The Big Short’, which won the Oscar for adapted screenplay.

Don’t Look Up features a staggering cast, most of whom give a fleeting glimpse in the teaser. Leonardo DiCaprio, Jennifer Lawrence, Rob Morgan, Jonah Hill, Mark Rylance, Tyler Perry, Timothée Chalamet, Ron Perlman, Ariana Grande, Scott Mescudi, Cate Blanchett and Meryl Streep are some of the names in the glittering cast.

Don’t Look Up arrives on Netflix on 24th December. Check out the trailer of the film here –