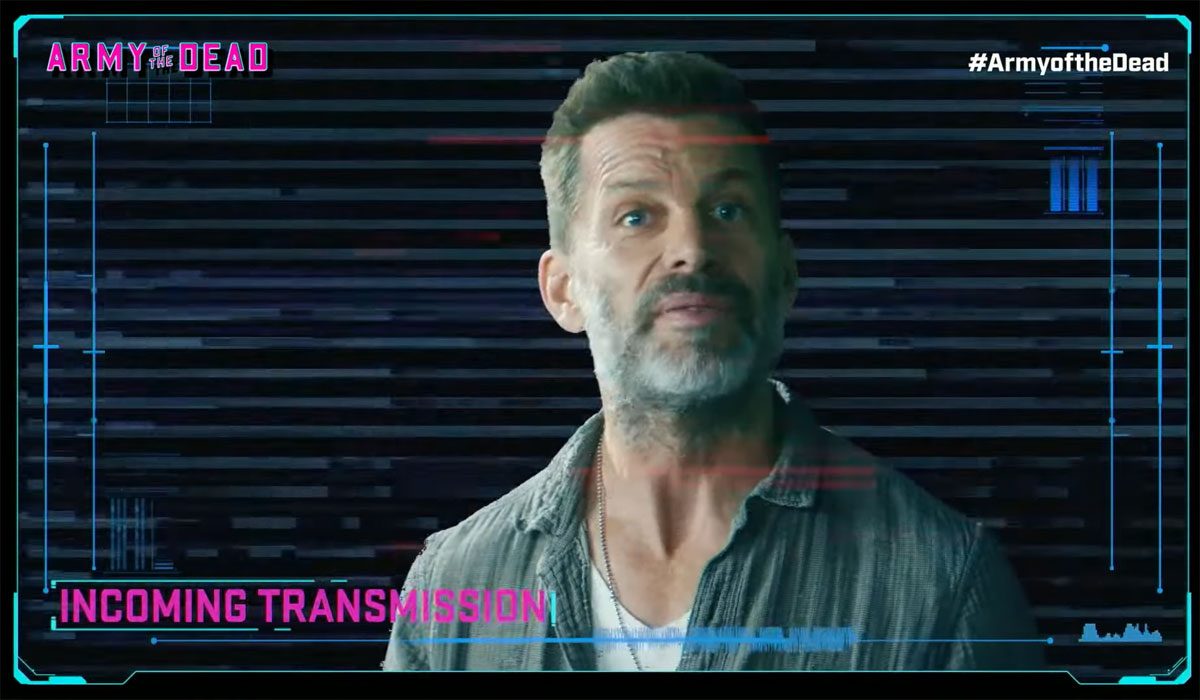 About a month after Netflix and Zack Snyder had launched the ingenious ‘Crack the Code’ marketing campaign for the much-anticipated zombie heist flick ‘Army of the Dead’, the makers found yet another way to further boost the razzmatazz around the film with ‘Unlock the Vault’ Livestream event.

We had witnessed the interactive Livestream event that was aired last night, to unlock the first 15 minutes of ‘Army of the Dead’.

The event began at around 10:30 PM on the Netflix YouTube channel in India. It kicked off with a live mission briefing from Zack Snyder himself, followed by the film’s protagonist Dave Bautista. Subsequently, we were introduced to the other team members of the cast as well.

The mission was to extract a vault from underground and then open it while keeping a perimeter check for zombies. The interactive video was categorized into different levels namely ‘Start Dig’, ‘More Power’, ‘Backhoe’, ‘Attach to Crane’, ‘Lift Out’, ‘Open’, and finally ‘First 15 Minutes’.

During these stages, viewers were encouraged to insert various emojis (commands) like the worker command, muscle command, hook command, arrow command, grenade command, explosion command, etc., and each of these commands were relevant to the stage which we were in.

After the vault opened following an explosion, viewers were in for a surprise when a zombie emerged from the vault but was instantly shot. The event (mission) took around 25 minutes to complete after which we were directed to watch the first 15 minutes of ‘Army of the Dead’.

The movie starts off with a moving fleet of military vehicles. A serious accident occurs and the vehicle transporting a vault collides head-on with a car carrying a couple. Consequently, the vault is unchained and turned loose. The military personnel contacts the ‘mothership’, who orders them to immediately vacate the area.

Just then, the vault door opens, and a roaring zombie emerges from it. He single-handedly kills the armed military personnel with its brute strength and apparently surveys his next target: Las Vegas.

After watching the opening sequence, we now know why the makers took the calculated risk to unveil the first fifteen minutes of the film. Firstly, because they were confident about their product, and secondly, it was a brilliant marketing strategy to pique the curiosity quotient around the film.

After the event ended, Zack Snyder once again took to Twitter to announce that we can watch the first 15 minutes of ‘Army of the Dead’ and that we have 32 hours for it. You can re-watch the event through the Netflix official YouTube link given below.

‘Army of the Dead’ is set to premiere on the Netflix streaming platform from May 21, 2021, onwards.